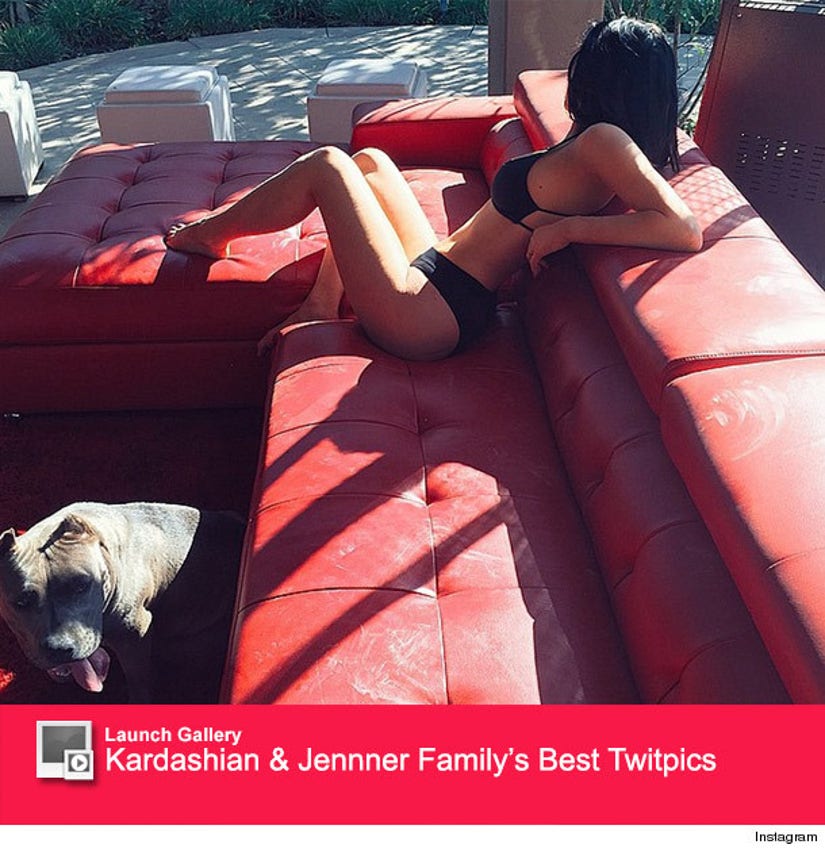 Kylie Jenner is all grown up!

The "Keeping Up With The Kardashians" star took to Instagram on Sunday to flaunt her bod in a series of revealing pics.

In the first snap, the teen gives a side few of her bikini body while lounging on a red leather couch in a black two-piece. "Dogs couch now," she said of the photo, referencing the cute pooch by her feet.

The aspiring fashion designer gave us an even better look at her physique in a close up shot that showed off just her torso. 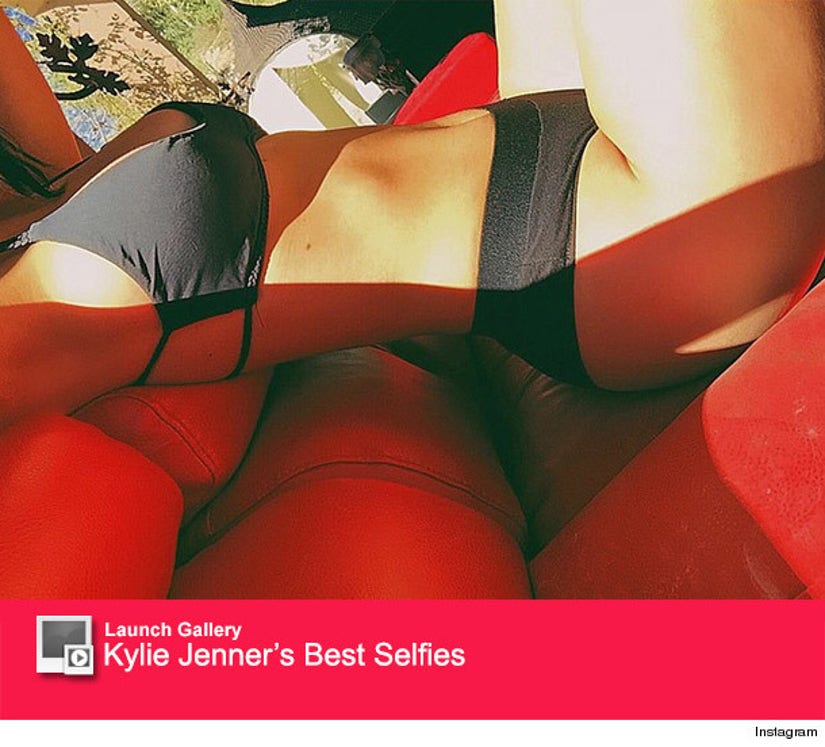 The star is known for sharing some pretty revealing pics to her followers, but in the trailer for the second half of her family's hit reality series, Khloe Kardashian reveals even more about her little sister.

"I just switched Kylie's birth control pill" the 30-year-old tells Kris Jenner when she walks in on their conversation. "Do you take it for your skin?" the momager asks as Kylie rolls her eyes, "What do you think she does all day, knit sweaters?" Khloe jokes.

The teenager has been linked to 25-year-old rapper Tyga -- and the two recently traveled to the French Riviera together to watch the Monaco Grand Prix.

That's not the only bombshell that gets dropped in the teaser -- watch the clip above to see Khloe flirt with ex Lamar Odom and Kim confirm her pregnancy!

What do you think of the trailer for part two of season 10? Sound off below then click "Launch Gallery" for more Kardashian pics!