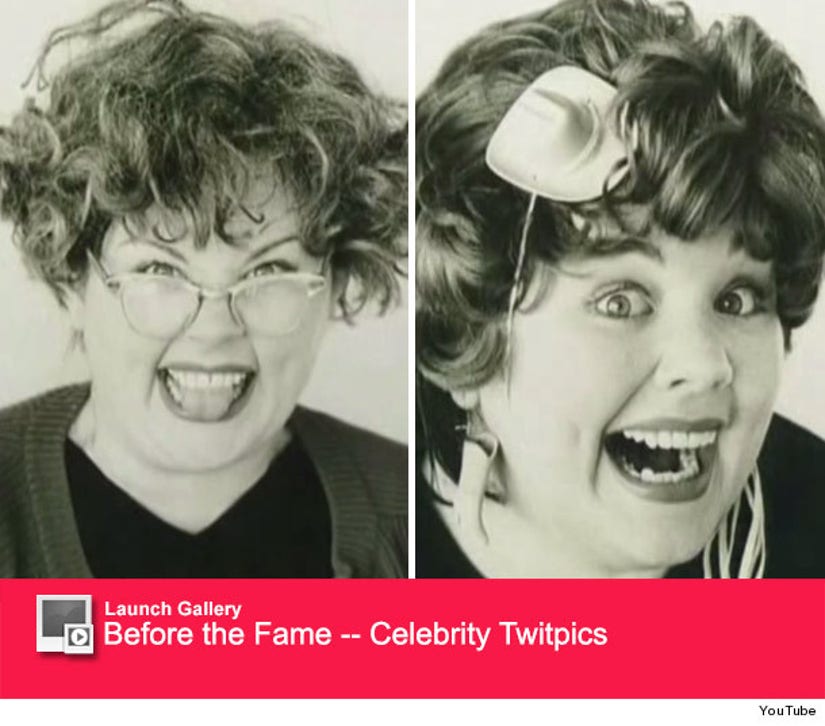 It's hard to believe that these headshots actually got Melissa McCarthy work!

During Friday's episode of "The Graham Norton Show," the host embarrassed the actress by sharing two of her first professional photos.

"I literally thought I had the only two hard copied, and when you sent them to me I was like, 'Dear God, they're out there,'" the "Spy" star told Norton before he revealed the photos on his show.

She later explained the ridiculous poses and costumes, saying that she was dressing as a pair of her comedy characters -- one of whom was a woman who passed out cheese samples in a grocery store.

In that picture, the then-26-year-old star is sporting a curly cropped 'do, plastic glasses and a huge grin as she hams it up for the camera.

"I am 26 in [the first] picture and I thought it was a great idea to put on a gray snarled wig and old lady glasses," she said. "I'm like, 'Sure, who wouldn't hire her?'"

The other snapshot shows Melissa wearing a mini cowboy hat and boot earrings she borrowed from a western-themed Barbie doll.

Check out the clip above to hear Melissa's funny stories for yourself -- we agree with Graham ... the hat looks like a ravioli! 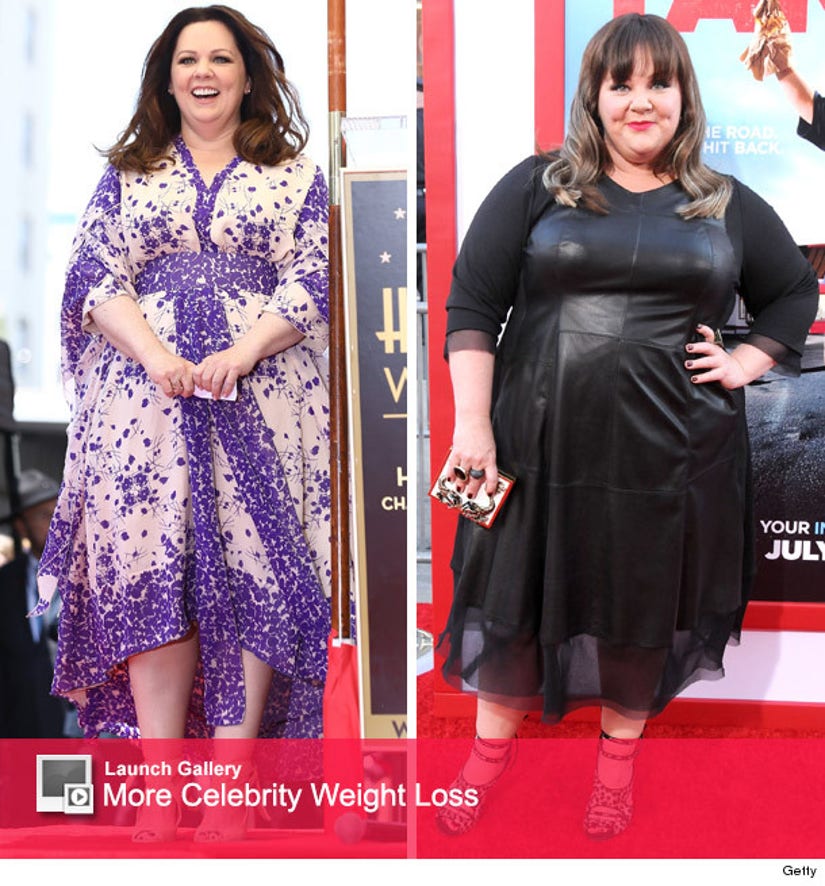 McCarthy certainly has come a long way since these headshots were taken. The "Mike and Molly" star is estimated to have lost almost 50 pounds but has kept quiet about her new look.

While the comedienne has stayed mum about her weight loss, she recently opened up about finding peace in her forties. "Pre-kids, I'd cook for 50 people. I'd have schedules, time charts. Being in my forties, I can finally relax," she told More magazine.

"I've learned that you can order pizza and have your friends over, and it's just as fun because nobody cares," she added. "Nobody wants to be around you if you've been up since 3 a.m. brining a chicken. I've let go of that quest for perfection."

Whatever she's doing, it's working for her!