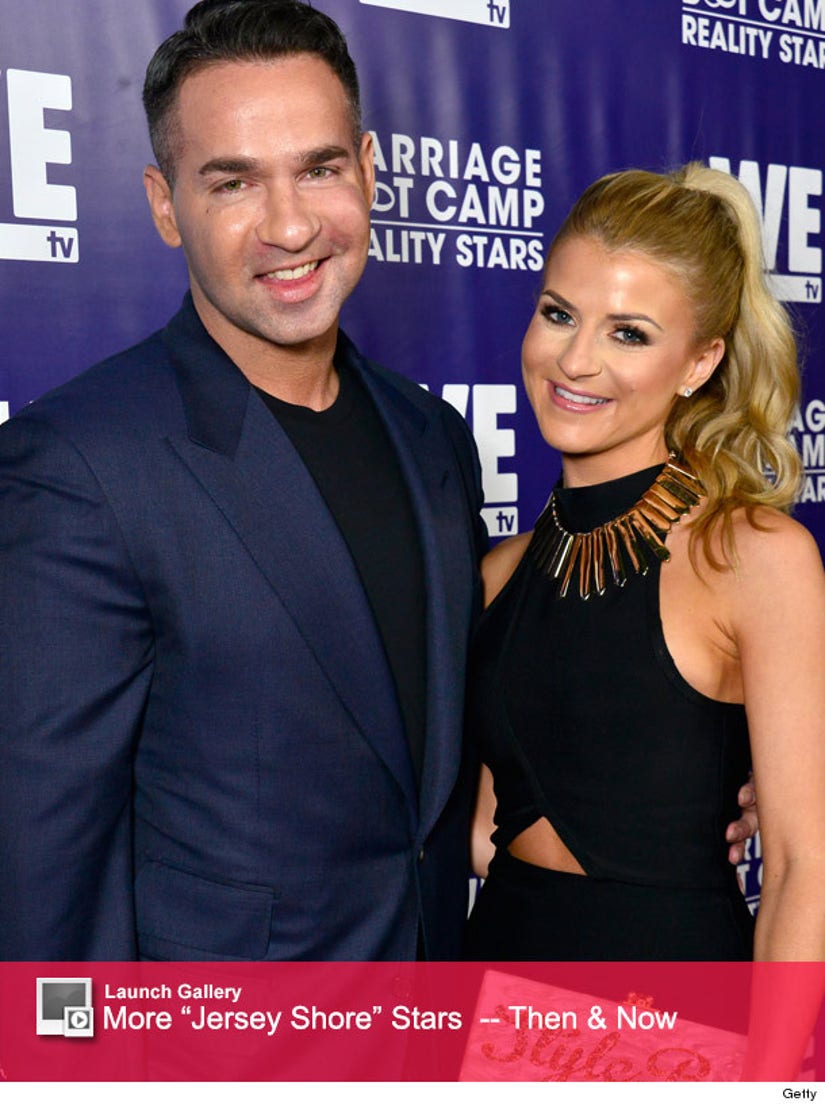 Mike "The Situation" Sorrentino is dishing on his famous costars!

The "Jersey Shore" alum and his long time girlfriend Lauren Pesce appear on season three of WEtv's "Marriage Boot Camp: Reality Stars," where they're put through the relationship wringer with other famous couples.

The duo recently chatted with toofab's Candice Brock -- and decided to put them in the hot seat over some of their costars on the show and Mike's former "Jersey" cast mates.

The game was easy: Say the first thing that pops into your mind after saying a former costar's name.

Check out the video below to see what the two really thought about Aubrey O'Day, Kendra Wilkinson and Hank Baskett and Snooki, who Mike had a big falling out with during their MTV years together.