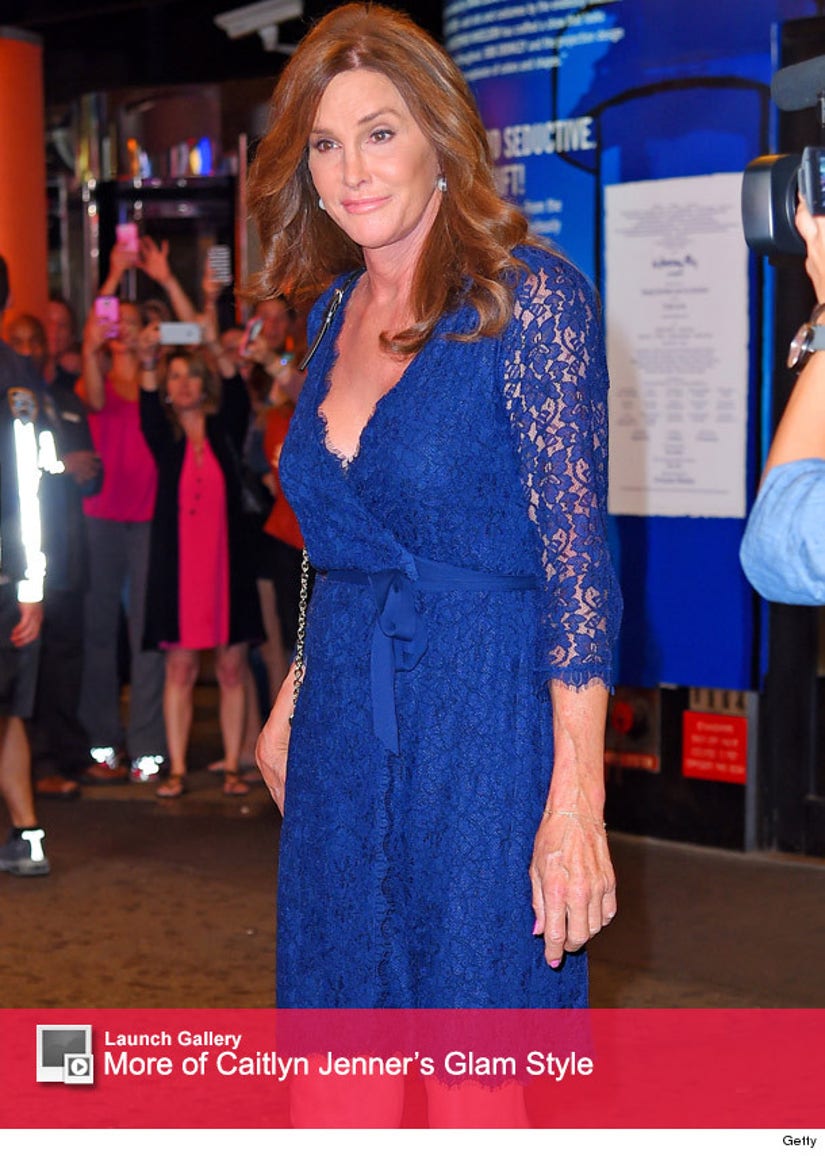 "Orange Is the New Black" star Laverne Cox thinks Caitlyn Jenner is "slaying for the gods" in her first photo shoot -- but it's what's going on inside that really counts.

The trans star posted a lengthy blog on Monday night after Caitlyn's Vanity Fair cover was released, praising Jenner for her bravery.

"Yes, Caitlyn looks amazing and is beautiful but what I think is most beautiful about her is her heart and soul, the ways she has allowed the world into her vulnerabilities," Cox writes. "The love and devotion she has for her family and that they have for her. Her courage to move past denial into her truth so publicly. These things are beyond beautiful to me."

While Cox downplays Jenner's appearance, Caitlyn herself is speaking out about how important it was for her to look "very feminine."

"If you're going to do that, come out, you really have to look the part," she continues. "You have to look very feminine, you have to be able to, what I call my presentation is extremely important because it puts people at ease."

In her blog, Cox stresses that not all trans women feel the same way or have the means to focus so much on outward beauty.

"Most trans folks don't have the privileges Caitlyn and I have now have," she adds in conclusion. "It is those trans folks we must continue to lift up, get them access to healthcare, jobs, housing, safe streets, safe schools and homes for our young people. I hope, as I know Caitlyn does, that the love she is receiving can translate into changing hearts and minds about who all trans people are as well as shifting public policies to fully support the lives and well being of all of us."

Click here to read Laverne's full post -- and watch the video below for more from Caitlyn's Vanity Fair photo shoot.