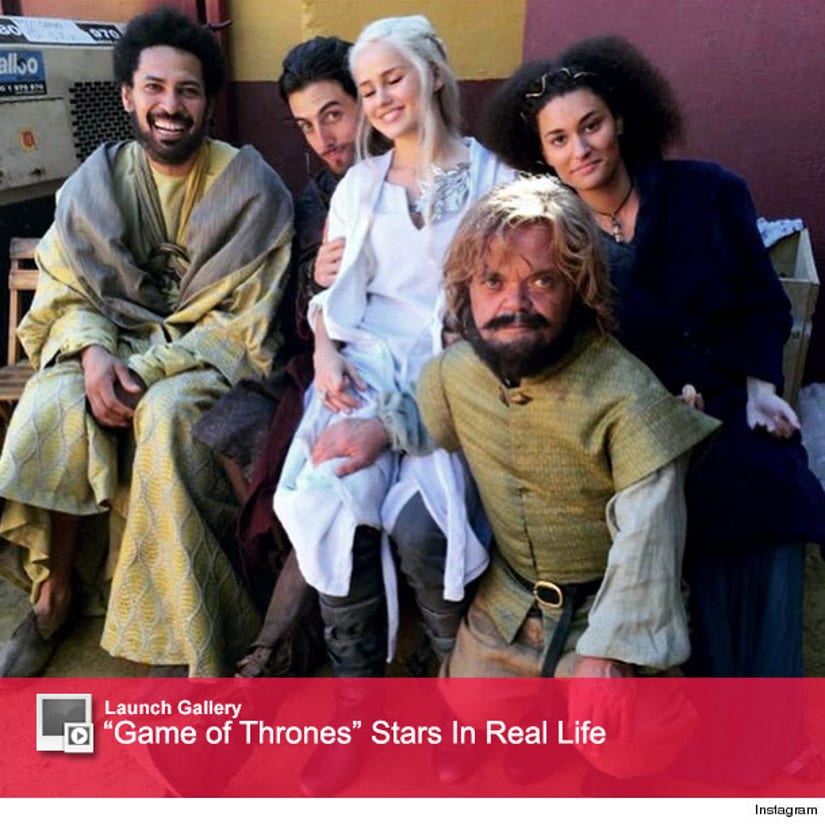 One of Emilia Clarke's stand-ins, model Rosie Mac, just shared some pretty amazing photos from the set of "Game of Thrones" on her Instagram page -- showing what it looks like when all the doubles hang out together while the actors film their scenes.

In one pic, we get a glimpse at some of the stand-ins for Hizdahr zo Loraq (played by Joel Fry), Daario (played by Michiel Huisman), Daenerys Targaryen, Tyrion Lannister (played by Peter Dinklage) and Missandei (played by Nathalie Emmanuel).

All of them are styled and dressed exactly like the lead actors, likely to shoot reversals and test shots for the series. 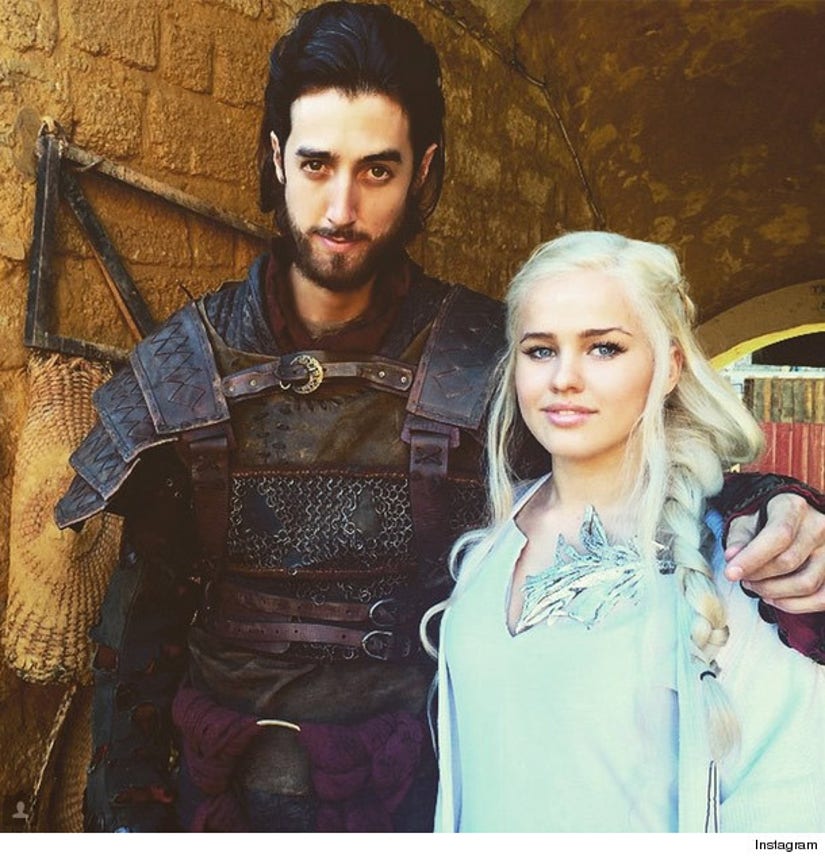 With that uber-blonde hair and piercing blue eyes, Mac does look a lot like Clarke in the photos ... even if some of the other doubles aren't exactly mirror images.

"On set !! with my best friend @ignaciojimenezblanco the Dario Double on set for #gameofthrones #Season 5," she captioned the second photo.

"It's a lot of fun, but kind of stressful sometimes," Ignacio Jimenez Blanco tells Buzzfeed about doubling for Huisman. "You get up pretty early, around 5 a.m. Then a van picks you up and takes you to the set where people are waiting to put your makeup and dress on. Seems easy but only this takes like an hour or more! Then it's time to get ready to get to work. From that point on, every day is a completely different adventure. From the time you are on set it's like you get into another world. Everything is so well done (the set, the costumes…) that you actually believe you are there. It's just amazing."

"Game of Thrones" Season 5 is currently airing on HBO -- see what the stars of the series look like in real life in the gallery above. Some of them are barely recognizable!