James Franco has a knack for hilarious impersonations!

The actor just spoofed Shia LaBeouf's very strange "motivational" video, with his own version of the artistic speech ... making it about poop, no less.

Shia shared a video earlier this week, where he gives one of the most intense pep talks we've ever seen.

In the 30-minute clip, the "Transformers" star flexes his muscles and screams at the top of his lungs, "Just do it" and "Make your dreams come true!"

Franco decided to gives fans a different kind of motivational speech, urging viewers to just "poop in the toilet."

In the video, the "This Is The End" star parades around a bathroom wearing a black T-shirt and boxer briefs. "Just do it! Do you want to keep pooping in your little diaper?" Franco asks. "Just poop in the toilet!"

This isn't the first time the 37-year-old has poked some fun at his fellow celebs -- in 2013, Franco and pal Seth Rogen spoofed Kanye West's "Bound 2" music video by riding a motorcycle naked.

While we think Franco's impersonation is pretty hilarious, we're not sure if the former Disney will be amused by James' impression. 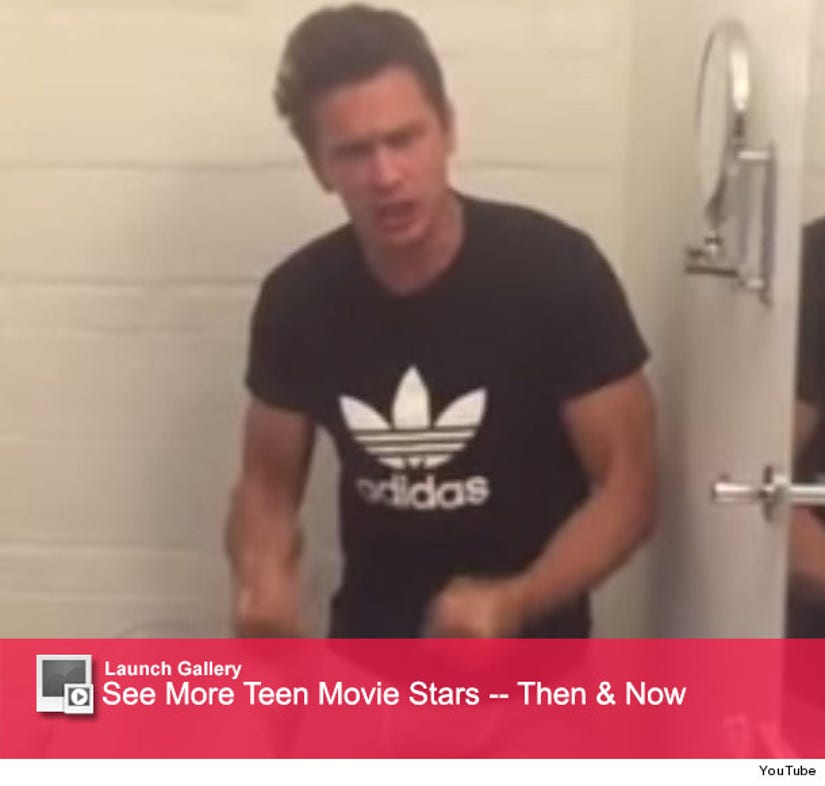 What do you think about the "Pineapple Express" actor's latest spoof? Tell toofab in the comment section below and check out the gallery to see more teen movie stars then and now!