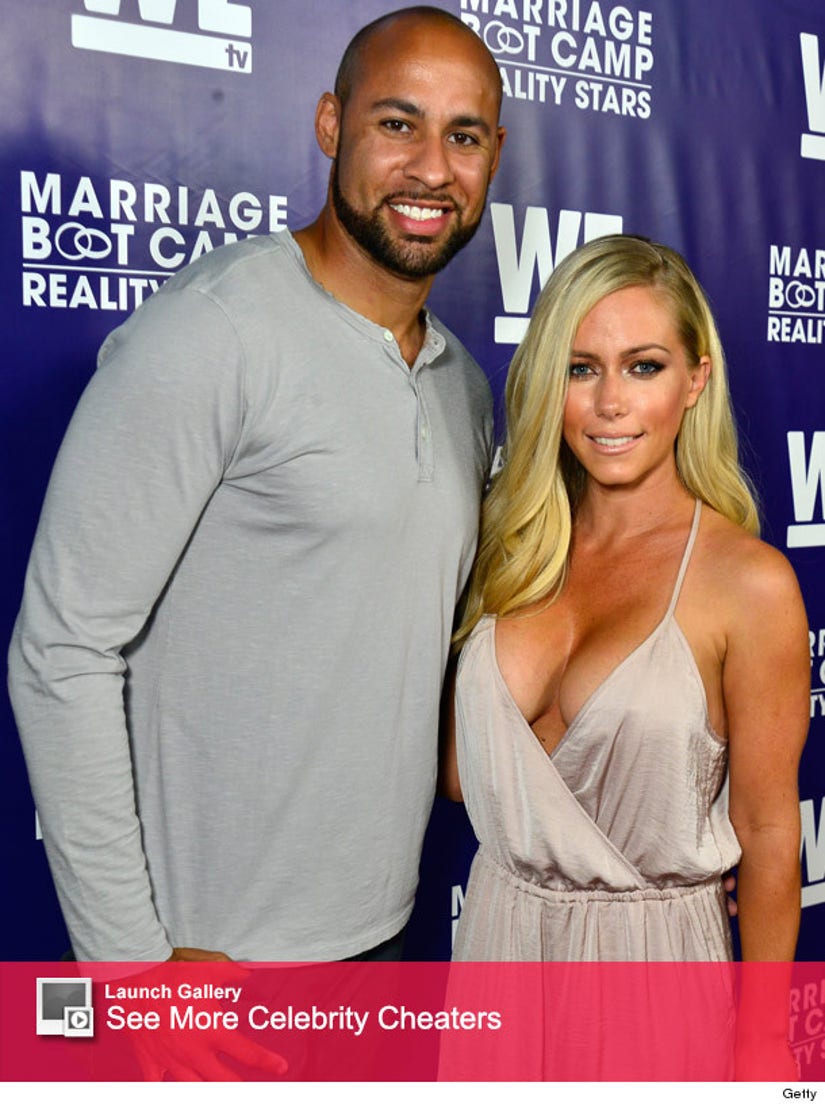 Kendra Wilkinson and Hank Baskett's marriage is bouncing back!

The "Kendra On Top" star was a guest co-host on "The Real" on Tuesday, where she opened up about the current state of her marriage while giving some advice to the ladies.

In a segment called "When To Call A Time Out," the former Playboy model explained to hosts Loni Love, Adrienne Bailon, Jeannie Mai and Tamar Braxton what works for her and her hubby when things get a little heated.

"Hank and I just went through a little marital crisis, you know, a little bit ago," the reality star explained to the hosts. "But, we're back to good, but our rule is to never go to sleep mad."

The couple, who have weathered a cheating scandal, appear on season three of "Marriage Boot Camp: Reality Stars" -- where their relationship was put to the ultimate test. Seeing her talk about it now, it sure seems like their time at the mansion has done them a lot of good!

"Obviously, I've had a lot of therapy in the last couple of months," the star laughed poking fun at herself.

Fans already got a preview of the couples "therapy" during the season premiere of the WE tv series, ﻿and boy did things get dramatic!

On the first episode, Kendra got an explosive surprise visit from her mama that really set her off!

Watch the full clip above to see what the hosts think of Kendra's marital advice then click "Launch Gallery" for more celebrity cheaters!