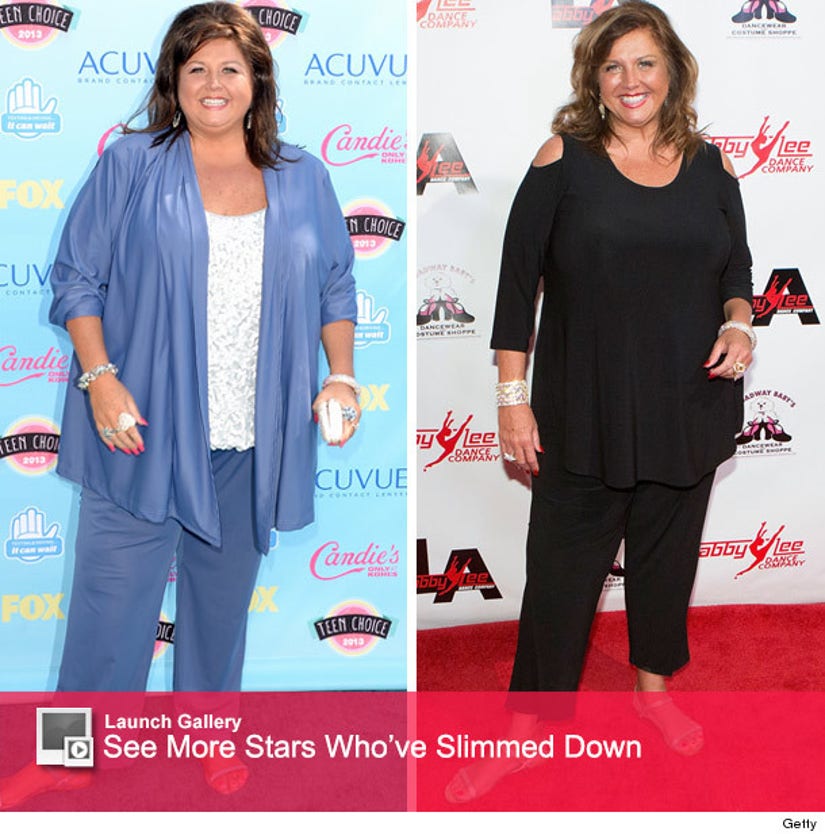 After unveiling her major weight loss back in April and hitting the red carpet just last week (above right), the star is revealing how she slimmed down her figure -- and it's not the way you think.

In a new interview with People magazine, the tough-as-nails coach shares how she went from a size 24 down to a size 16 without exercising, weight loss surgery or even dieting.

According to Miller, a series of stressful life events caused the star to unexpectedly drop pounds, starting with her mother being hospitalized while battling colon cancer.

"When you're in and out of the hospital, that hospital food just makes you sick," she explains. "I think it was a little bit mental with me."

Unfortunately, the Lifetime personality lost her mom in February 2014. Around that time, the Pittsburgh native was diagnosed with early onset diabetes and was put on medication before a trip to Australia.

"I had to get a prescription refilled – lo and behold, there's something different about that prescription in Australia," she says. "I would take this medicine and within an hour, I was vomiting like I was in fourth grade and had the flu or like I had food poisoning. It was awful. After I would throw up, I couldn't even look at food for the rest of the day."

Despite the star's unconventional path to slimming down, she seems happier and healthier now.

What do you think of the star's weight loss? Sound off below then click "Launch Gallery" for more slimmed down celebs!