Things are getting crazy on "Marriage Boot Camp: Reality Stars."

In a sneak peek from Friday's new episode, we see the group simulate what it would be like to find out their loved ones were in a terrible accident after having an argument.

The entire therapy session really struck a chord with stars Kendra Wilkinson and Aubrey O'Day, who had to re-live the last, pretty terrible, things they said to their significant others before watching them pretend to pass away.

In the clip, the "Girls Next Door" alum immediately breaks down into tears after being informed that her hubby Hank Baskett had been in faux-car crash.

Aubrey also breaks down while talking to her boyfriend, Travis Garland, who was placed in the same situation, visibly upset by everything that was said during their fight.

"I'm sorry that we fight so much and I'm sorry for the role that I play in that," Travis told the pop star after the deathbed simulation.

It definitely sounds like the couples learned a lot during the dramatic "death wish" session, though.

"I don't want you going with the worst things I have ever said to you," Kendra explains during an interview with Hank after the session. "I want you to go with the best things that I can say to you."

"That opened my eyes so much, and my heart because that could happen any minute," the mother-of-two adds.

What do you think about Kendra and Aubrey's emotional reactions? Sound off below and check out the gallery to see more celebrity cheaters! 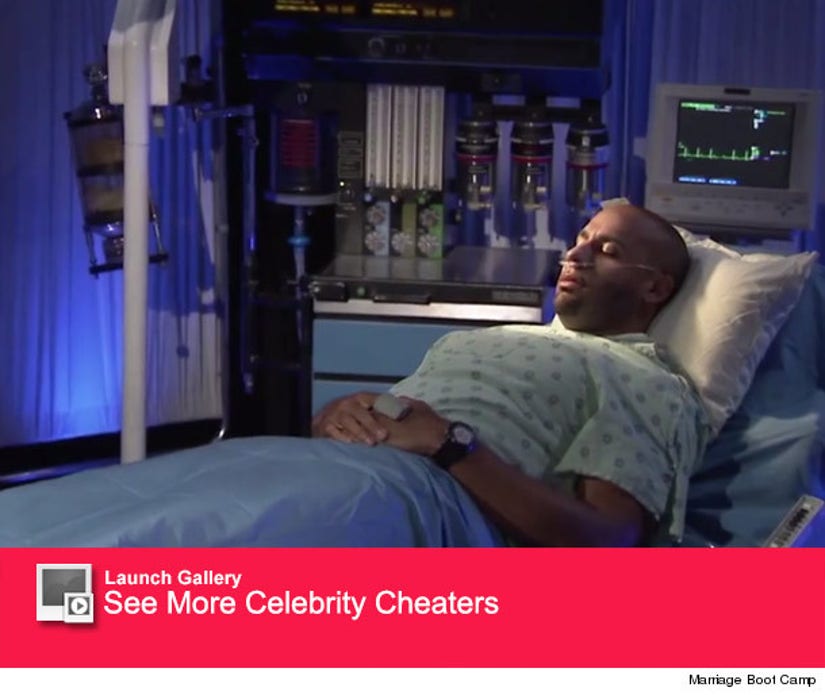