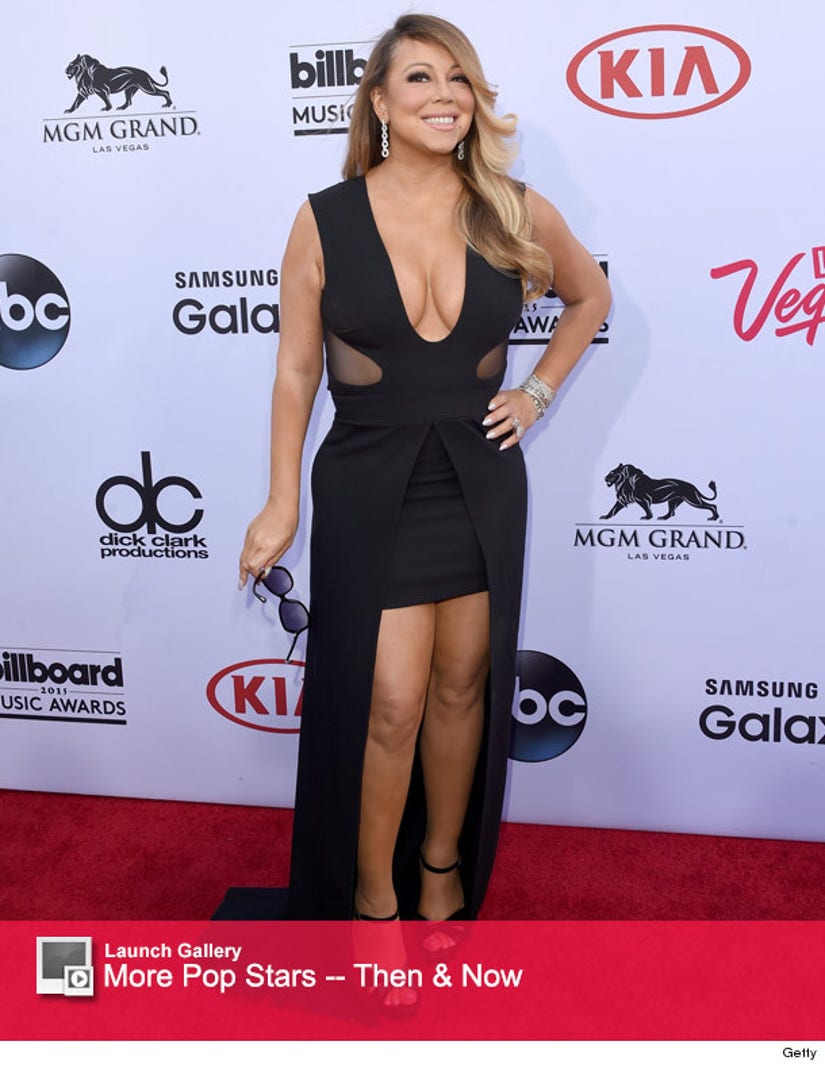 This is Mariah Carey at her finest!

The "My All" singer recently chatted with Buzzfeed, where she opened up about what makes her feel "fabulous," her alter ego, Bianca, and her go-to caffeine fixes.

So what makes Carey feel the best? "I don't know dahhling but it must be feeling 'festive,'" she mused.

While Carey's had an extremely impressive career -- and has collaborated with some of the music industry's biggest stars -- she only want to work with herself these days.

"I want to collaborate with me 'cause I've done so many collaborations that after a certain point unless you're really working with a certain caliber of an artist, there's no point [to collaborate]," she revealed.

If you grew up in the '90s, you may remember Carey's "Heartbreaker" music video where she plays her alter ego, Bianca. So, where's her evil twin today?

"Dahhling, I don't know, she's really hard to pin down," Mimi explained. "I really wanted to bring her here today, so it's only really her essence that could be here today."

But, the "Hero" singer did reveal that Bianca may pop up in one of her new music videos!

"I want her to make a cameo," she said. "The only thing is that she's a DIVA and over the top. Like, my glam squad is nothing compared to hers, nothing.﻿"

And when it comes to staying caffeinated, the "Always Be My Baby" singer revealed you'll never see her at a Starbucks.

"I'm not a subscriber to walking into large corporate entities that I have to walk into and be waiting in line, because then I have to stand there and be like, 'Hi,' and people look at me and what I'm going to buy. If I do get something, I usually have someone deliver it to me and it's usually tea," she explained.

Carey also had some priceless advice about what it takes to live life like a true diva. "I guess a smart remark every now and then, a good sip of water," she explained.

Gotta love the 45-year-old's honesty -- what do you think about the "One Sweet Day" songstress' candid comments? Sound off below and see more of your favorite pop stars then and now in the gallery above!