Can someone grab us a fan?!

And yes, it even left Ellen hot and bothered!

"It's a dramatic change in character, from a man who wears clothes to a man who does not wear clothes," DeGeneres jokes, while describing tWitch's role in the magical flick. "Very challenging," Boss quips.

Stephen then reveals that he has a clip to share with the audience -- just in time to tide us all over until the dance-heavy dramedy hits theaters July 1, 2015. Check out his killer moves above!

Channing Tatum, Matt Bomer, Joe Manganiello, Kevin Nash and Adam Rodriguez will each reprise their roles in the sexy sequel, and this time the boys will be hitting the road for a stripper convention in Myrtle Beach, S.C! 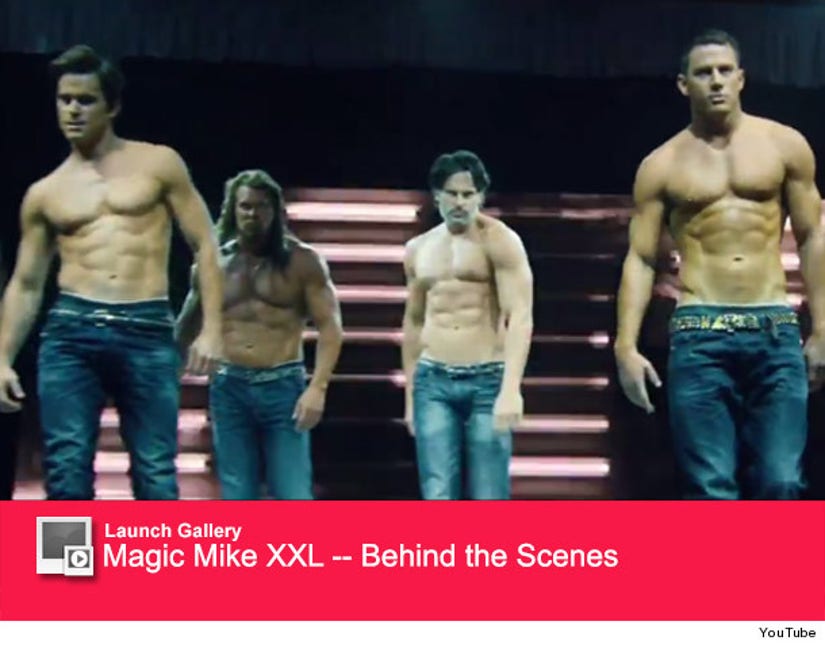 Are you excited for the sexy sequel? Sound off below and check out the gallery above to see more shirtless shots from "Magic Mike XXL"!