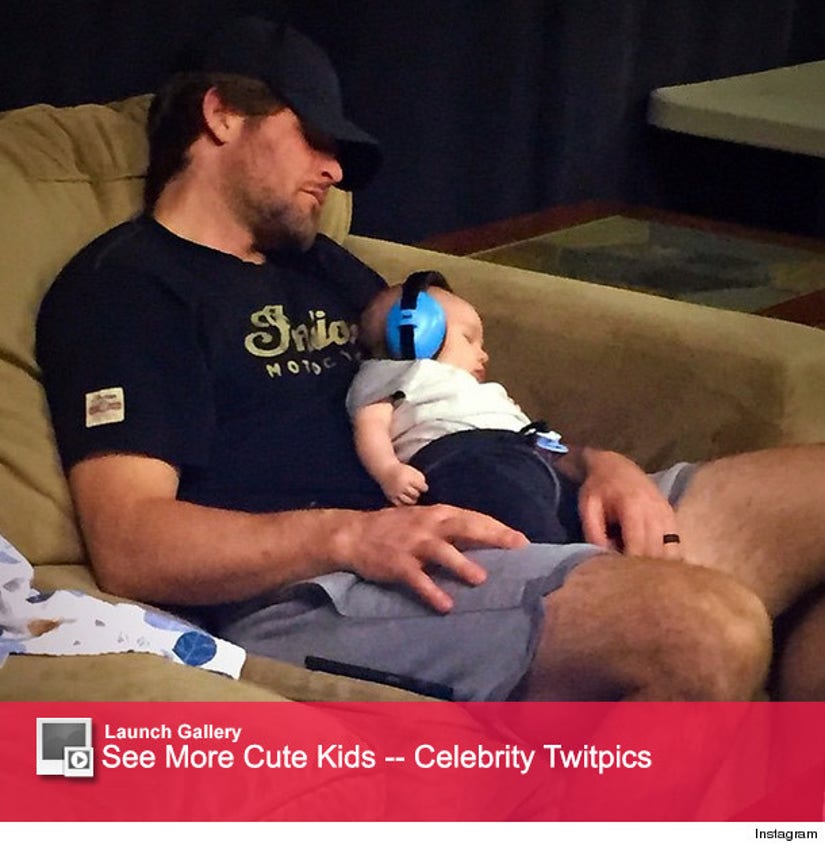 Carrie Underwood's son may only be four months old, but he's already had his first band rehearsal!

The country cutie took to Instagram to share a sweet snapshot of a headphone-clad Isaiah taking a snooze with his hockey-playing dad, Mike Fisher.

"Isaiah's first band rehearsal … as you can see he and his daddy were totally into it!" the proud mama captioned the new pic of her family.

Underwood, who gave birth in February, didn't have time for a nap with her boys. She's busy preparing for Wednesday's CMT Music Awards performance, her first since welcoming her son. 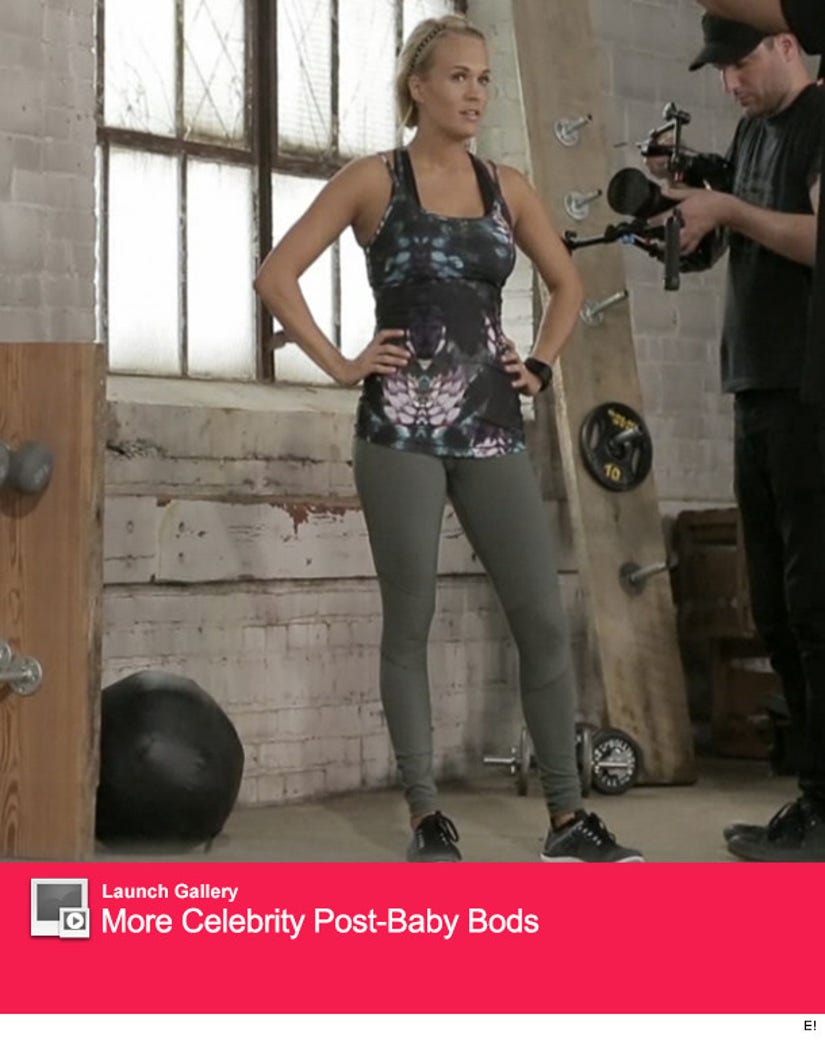 One thing she's had time to do is shed those pregnancy pounds!

The "American Idol" winner recently debuted her fit post-baby bod while shooting an ad campaign for her fitness line, CALIA by Carrie Underwood.

"It's been interesting getting back into my fitness routine ever since I had Isaiah," she told E! "It's the most wonderful thing in the entire world but of course there's so much that comes along with having a baby—your schedule completely changes. I have to kind of be ready to workout whenever I possibly can."