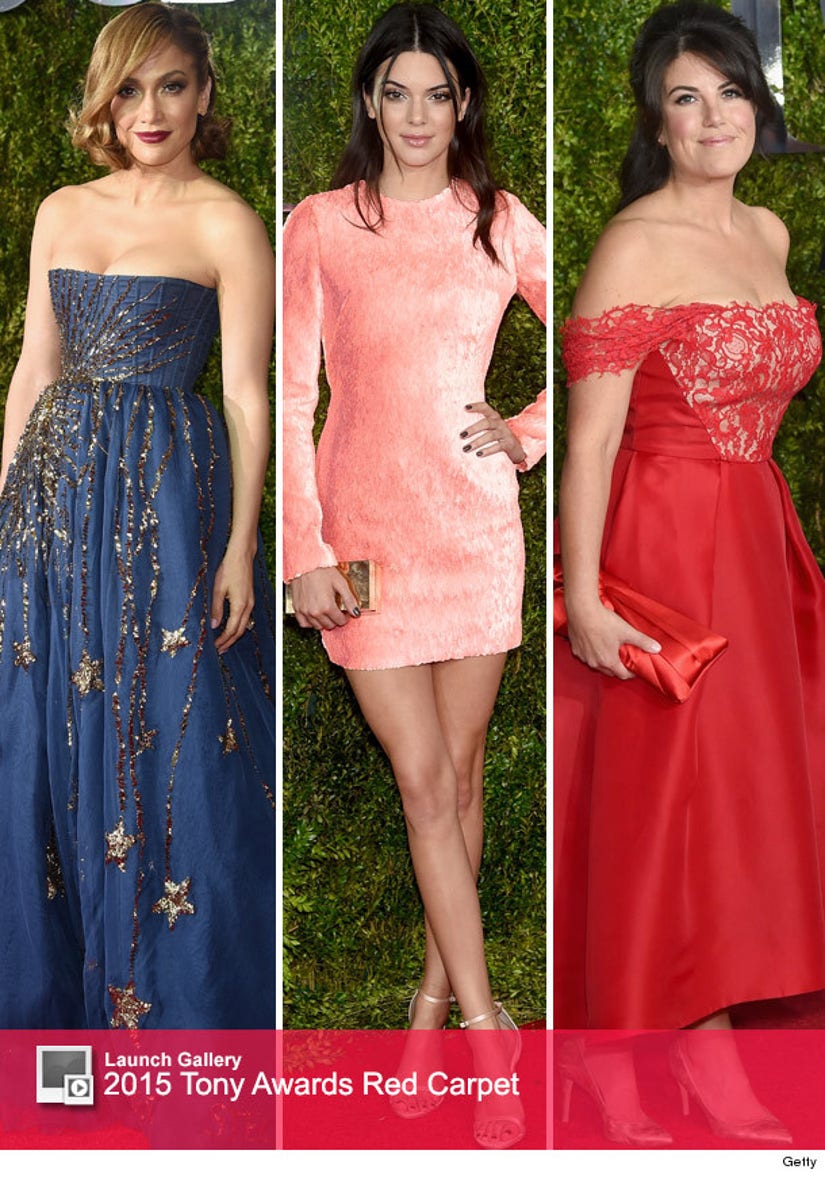 The "Booty" singer, who was a presenter at the star-studded award show, dazzled in a navy Valentino Couture gown with sparkling gold embellishments. She completed her elegant ensemble with a classic curled bob and a dark berry lip.

Another familiar (but surprising!) face on the red carpet was Kendall Jenner, who added a pop of color in a sequin peach Calvin Klein Collection mini. The reality star paired her fun frock with metallic sandals, a silver box clutch and tousled waves.

Kendall, who posed for pictures with designer Francisco Costa, was just one of the many models who attended the event.

With Vogue's editor-in-chief Anna Wintour offering up her stylish services to the Tony's this year, there were several model-designer pairings to take the awards show, including Bella Hadid and Prabal Gurung and Emily Ratajkowski and Marc Jacobs.

Check out all the stars on the red carpet at the 2015 Tony Awards, including Amanda Seyfried, Taylor Schilling, Vanessa Hudgens, Ashley Greene and many more!