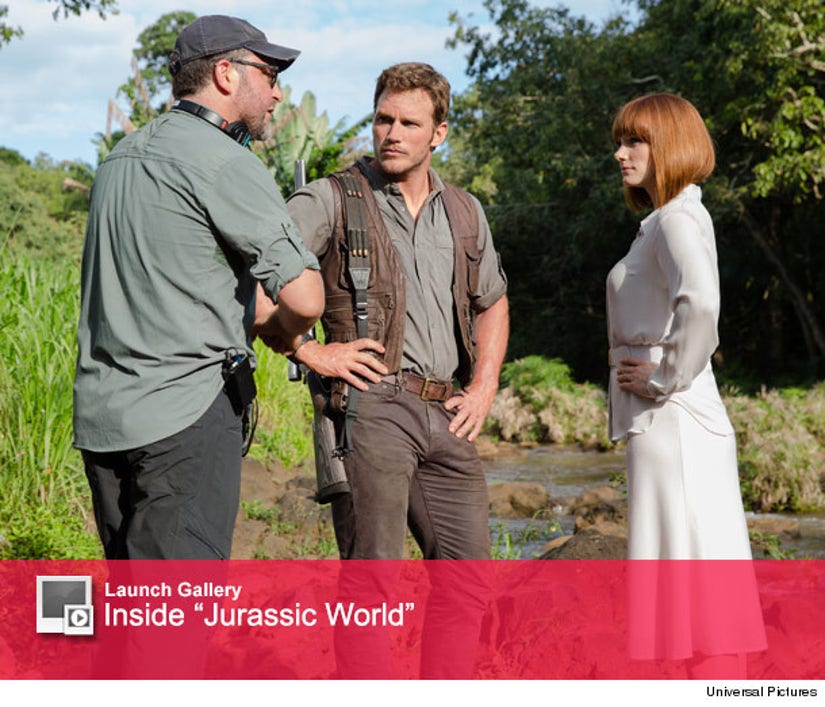 While filming the highly-anticipated sequel to Steven Spielberg's 1993 classic "Jurassic Park" was an incredibly fun ride for stars Bryce Dallas Howard, Chris Pratt, Ty Simpkins and director Colin Trevorrow, there was one day on set that stands out above the rest.

Only one animatronic dinosaur was created for the new film, so Bryce and Chris could film an especially intimate and emotional scene with an apatosaurus.

"It was an unbelievable experience because ... you can go to exhibits and see animatronic dinosaurs, it was nothing like this, it was really real" Howard tells toofab.

But that wasn't the only reason why that day was so special. It was also the day "Jurassic World" writer Michael Crichton's widow and son visited the set.

Sadly, Crichton died suddenly at the age of 66 in 2008, after a private battle with cancer. His wife, Sherri Alexander, was 8 months pregnant with son John Michael Todd Critchton at the time.

"That was a particularly emotional day," Howard continues. "I think [John] was only 6 years old, and that was the day that he visited the set. He went and he saw this dinosaur and turned to his mom before we started shooting and said 'Mom, it's a real dinosaur.' And I just burst into tears."

"This is his father's legacy and this is what his father has given to all children and here he was, his son, in the presence of what he thought was a real dinosaur," Bryce adds. "It was particularly moving to me, that day, because of that, felt really charged and meaningful." 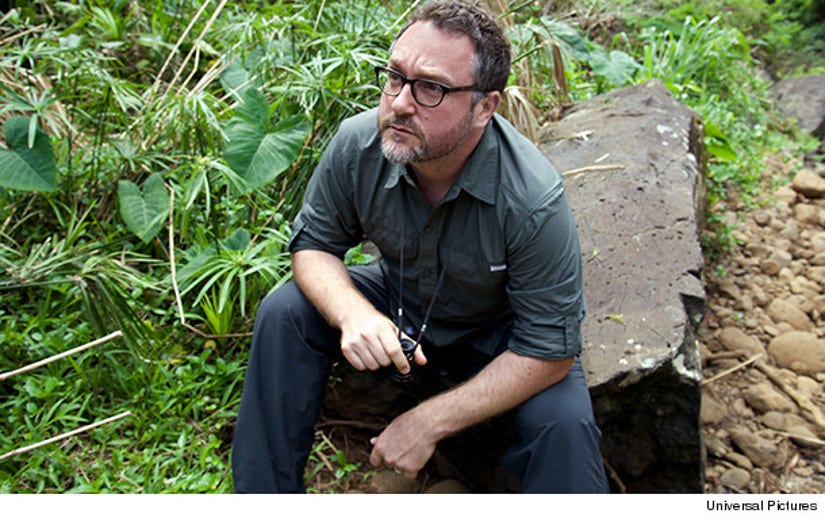 While everything added up to a beautiful and moving day on set, it almost didn't go down that way.

"I actually had to push pretty hard for just that [one animatronic dinosaur]," Trevorrow tells toofab's Brian Particelli. "From a cost control standpoint, it was really hard to convince the producers to do that and I think they felt like 'This is you being sentimental and that's why you're doing this' and I made it clear, 'No, No no, we need to have this moment because it's going to be special.'"

Luckily, it paid off.

"Once they saw it and once they were there, they went 'This was the movie, this is great,'" Trevorrow adds. "It's something that meant a lot to me."

That being said, the apatosaurus is the only non-CGI dinosaur in the film, apart from a few shots using digitally-enhanced raptor maquettes.

"The animatronics can't run and they can't fight. All of those movies, they pretty much used the head and the neck and the feet and I think, because of that, three movies deep into this franchise, we've seen a lot of what you can do with head and neck movements," Colin continues. "I felt like, we're gonna use this where it makes sense. There are shots in this movie that are CG dinosaur that look like an animatronic dinosaur. Far be it from me to tell you what is real and what isn't!"

You can see for yourself when "Jurassic World" hits theaters this Friday.

For more on the film, click here to find out why the director didn't want any of the original franchise stars to return -- and find out who did make the cut!