President Snow better watch his back.

Katniss Everdeen is out for blood in the first teaser trailer for the sure-to-be epic conclusion of the "Hunger Games" franchise, "The Hunger Games: Mockingjay Part 2."

That film ended with Ms. Everdeen being attacked by Peeta, who attempted to assassinate her after being brainwashed by the Capitol. Thankfully for all of Panem, it wasn't successful.

This time, Katniss is ready to take out those in charge -- as she's heard screaming "We all have one enemy. He corrupts everyone and everything. He turns the best of us against each other. Tonight, turn your weapons to the Capitol."

We also get glimpses of a wedding, the nasty booby traps awaiting our rebels and our first look at Gwendoline Christie in action.

Here's the official synopsis from Lionsgate:

With the nation of Panem in a full scale war, Katniss confronts President Snow in the final showdown. Teamed with a group of her closest friends – including Gale, Finnick and Peeta – Katniss goes off on a mission with the unit from District 13 as they risk their lives to liberate the citizens of Panem, and stage an assassination attempt on President Snow, who has become increasingly obsessed with destroying her. The mortal traps, enemies, and moral choices that await Katniss will challenge her more than any arena she faced in The Hunger Games. 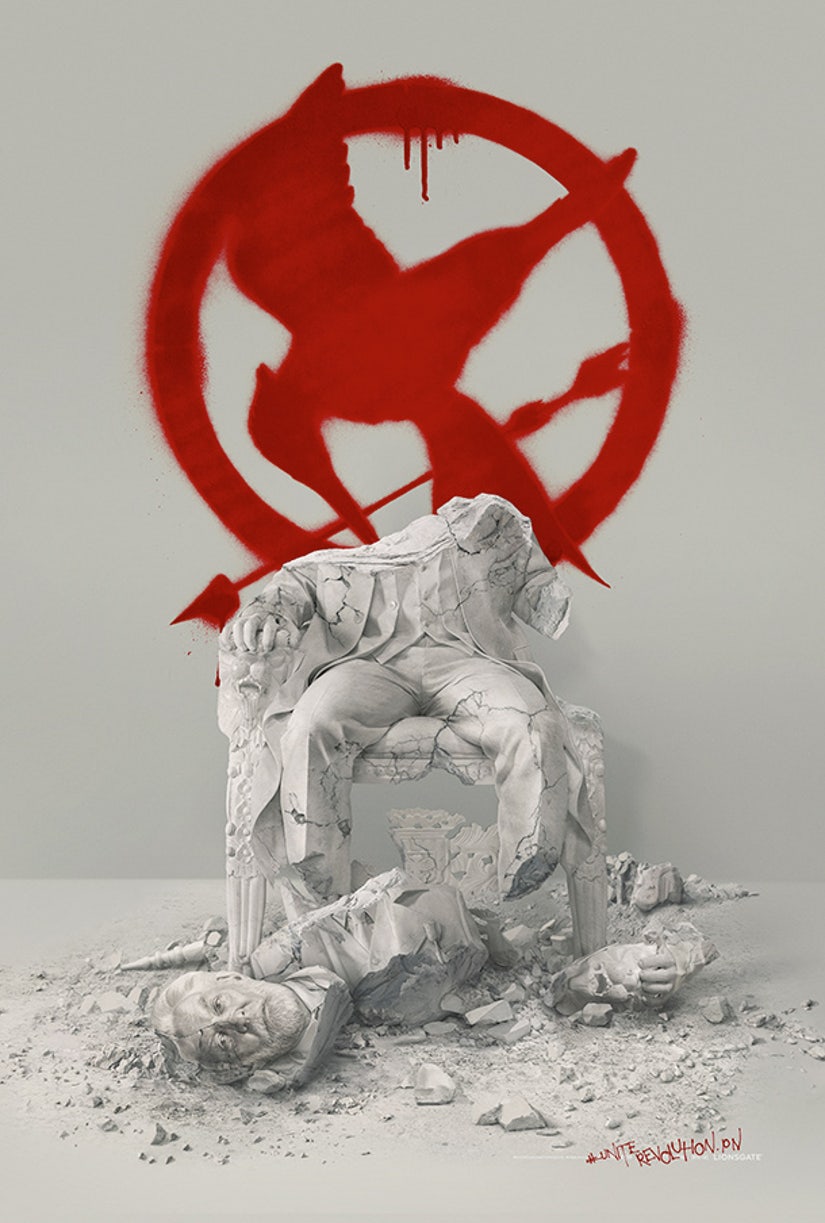