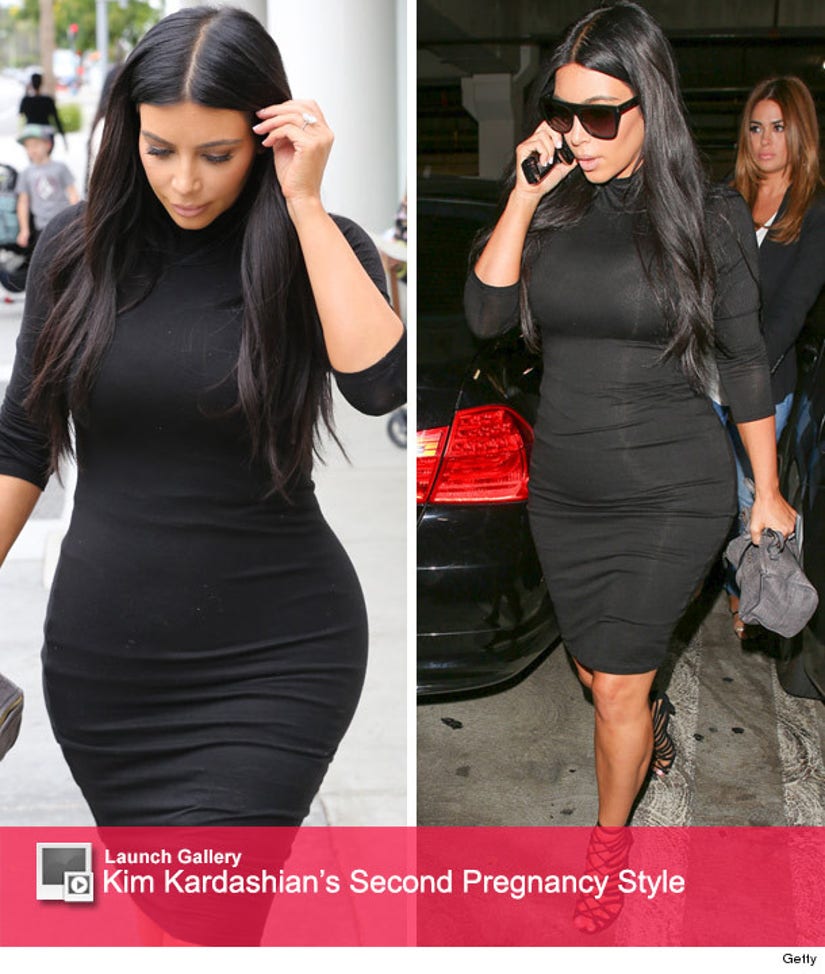 We spot a bump!

Kim Kardashian stepped out in Beverly Hills on Tuesday -- and finally gave us a peek at her teeny tiny baby bump.

The "Keeping Up With The Kardashians" star was first snapped exiting a garage, before making her way to Nate 'n Al Delicatessen and Barney's.

It seems that North West's mom has found a maternity style that works for her. On Monday, she wore an identical dress in nude for hubby Kanye West's 38th birthday celebration at the Staples Center.

Kim snapped a photo with her other half and a few Laker girls as she showed off her ensemble during the rapper's party.

While it looks like Kim's bump has just began to pop, there are already reports that the "Selfish" author and "Only One" crooner are expecting a baby boy this time around.

She took to Twitter this morning to debunk some of the rumors out there:

so many rumors...we are not having twins, yes I am carrying my own baby lol & we have not told anyone the sex of our baby yet!

nothing is confirmed unless you hear it from me!

What do you think of Kim's look? Sound off in the comment section below then click "Launch Gallery" for more of the star's maternity style this time around!