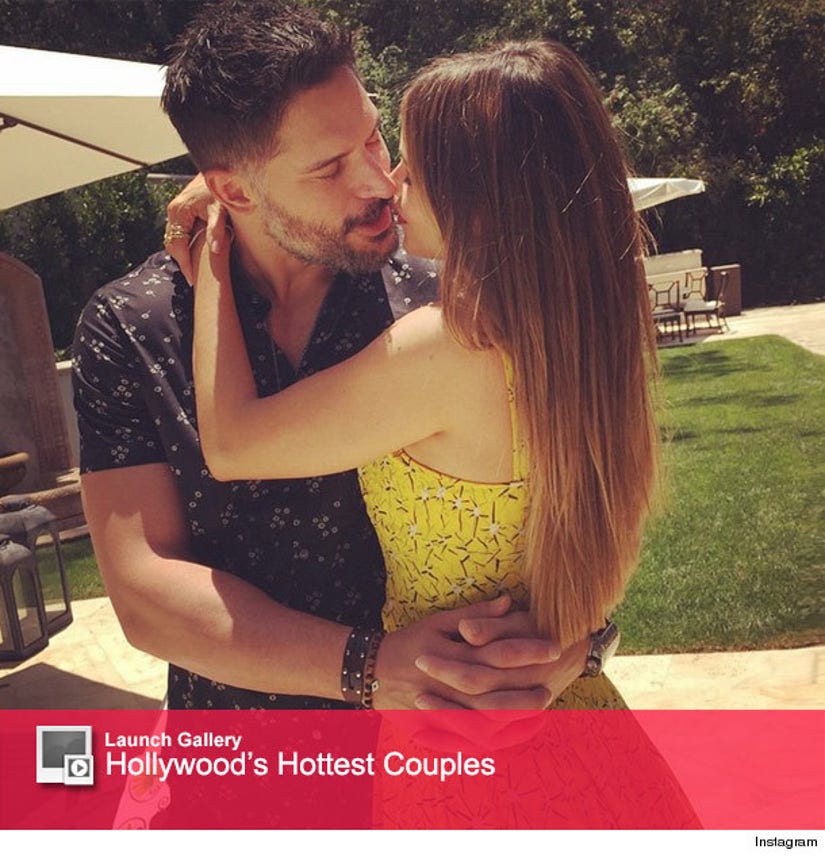 Talk about one whirlwind year!

Sofia Vergara and Joe Manganiello celebrated a huge milestone over the weekend -- the lovebirds have reached the one year mark in their relationship.

The "Modern Family" star took to Instagram on Sunday to share a sweet photo of her man while the two were mid-embrace.

"Happy 1st Anniversary love of my life!!! Never been so happy!!#lucky@joemanganiello," Sofia captioned the photo of her kissing her fiance.

It has been quite the year for the 42-year-old and the "Magic Mike XXL" star. The two began dating in the summer of 2014, after Sofia split from her longtime love Nick Loeb.

After a few short months of dating, the 38-year-old popped the question to the Colombian beauty while on vacation in Hawaii. The pair celebrated their engagement back in May, but have stayed mum on the details of their upcoming nuptials.

Sofia got candid about her relationship during a recent interview with Ellen DeGeneres, where she revealed that she initially didn't even want to go out with her now-fiance!

"At the beginning I didn't wanted to go out with him," she spilled. "I had just finished a relationship. He seemed like a lot of work because so handsome, and younger than me, and like so sexy and best bachelor or whatever he was. And I'm like ugh. Just too much! But he convinced me. He flew to New Orleans and forced me on a date."

What do you think of Sofia's steamy photo? Sound off below then click "Launch Gallery" for more hot celeb couples!