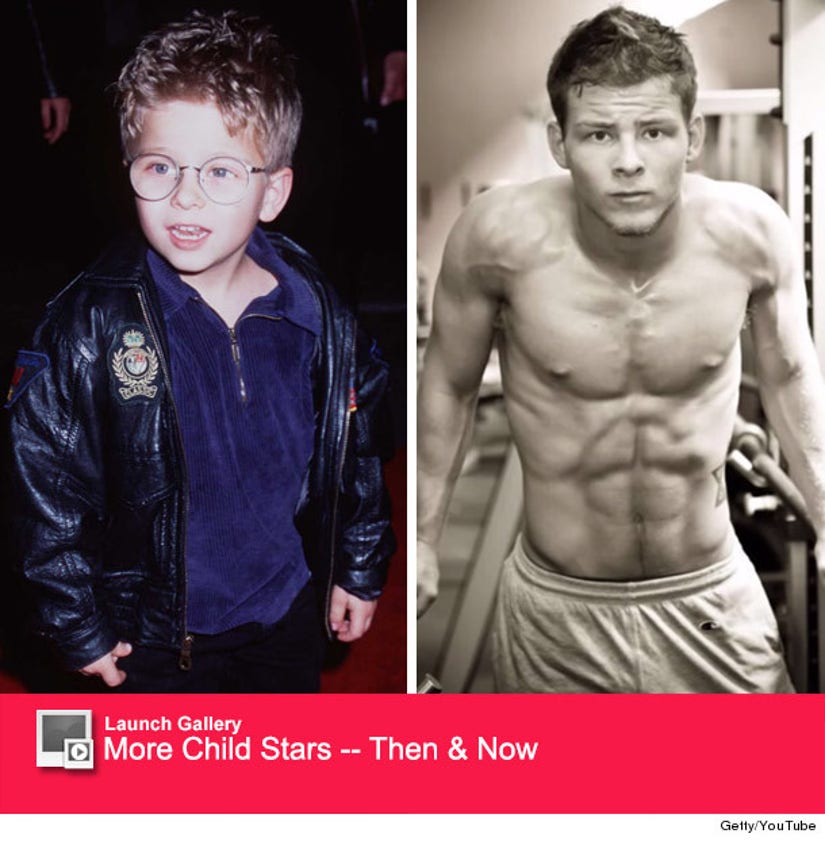 Jonathan Lipnicki, who got his start as the precocious kid in "Jerry Maguire," hasn't forgotten his roots ... because Hollywood won't let him!

As part of Screen Junkies' "Dads of Our Lives" series, the now-24-year-old star pokes fun at his child star past while paying tribute to his TV dad, Tom Cruise.

"I'm here to thank you, Jerry Maguire, for everything you did for me - from drunkenly brooding on my mom's couch having a nervous breakdown to dropping completely unnecessary f-bombs when I wanted to go to the zoo," he says in the clip below. "Sure, you were probably experiencing an episode of clinical mania, but hey, it was never a dull moment."

Lipnicki goes on to explain how hard it is to only be remembered for his role in the movie. "How could one child be so ludicrously, almost illegally adorable? And who could forget those glasses, am I right? Certainly not any producer, director or casting director in Hollywood, because everybody still thinks of me as the cute little kid from Jerry Maguire," he declares, before starting his tirade.

"Never mind that I'm a talented, classically trained adult actor capable of playing a wide variety of roles. 'Hey, it's the cute little kid from Jerry Maguire!' 'Say Show me the money!' That's not even my f**king line, you f**ng f**k!" he continues.

"That's right. I'm the cute little kid who taught you that the human head weighs eight pounds," he continues. "But now, I bench 250 and I'm a competitive Brazilian jujitsu fighter."

Check out his hilarious Father's Day "tribute" -- and his impressive six-pack abs -- above, and don't forget to click through the gallery at the top to see more of your favorite child stars, then and now!