Arnold Schwarzenegger just pulled off one of the best pranks we've seen in a long time!

The star of "Terminator Genisys" recently went undercover in Hollywood to raise awareness for After-School All-Stars, where he pretended to be a wax figure of himself at the famed Madame Tussauds Wax Attraction and a street performer on the Hollywood Walk of Fame for a new viral video.

Check out the hilarious clip above!

We can't believe how still the action star is able to stand in the wax museum, as he poses for pics with unsuspecting fans. Seeing him finally break character and terrify the unsuspecting attendees is definitely the highlight of the video.

Later in the clip, the 67-year-old hits up Hollywood Boulevard, where he went in disguise as one of the infamous street performers. "Come with me if you want to live," Arnold says to two clueless tourists, who seem less than amused by his aggressive antics.

The "Maggie" star also stops by a local sunglasses shop, where he asks employees which glasses would protect against "shotgun blasts." Pretty great, right?!

We can't believe how many people didn't realize it was him!

What do you think about Arnold's prank? Tell toofab in the comment section below and check out the gallery to see more of your favorite action stars then and now! 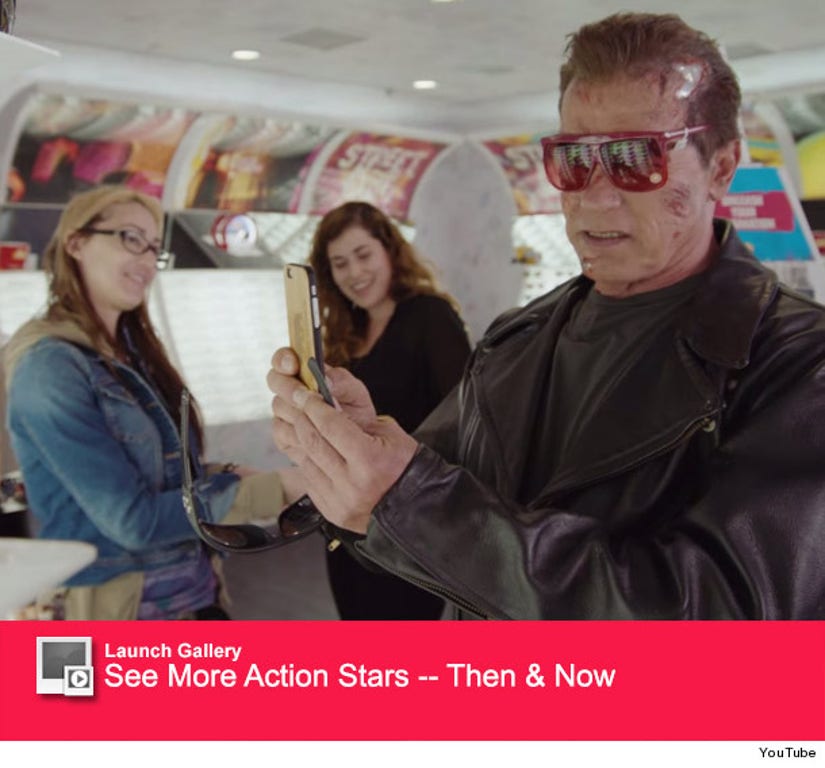