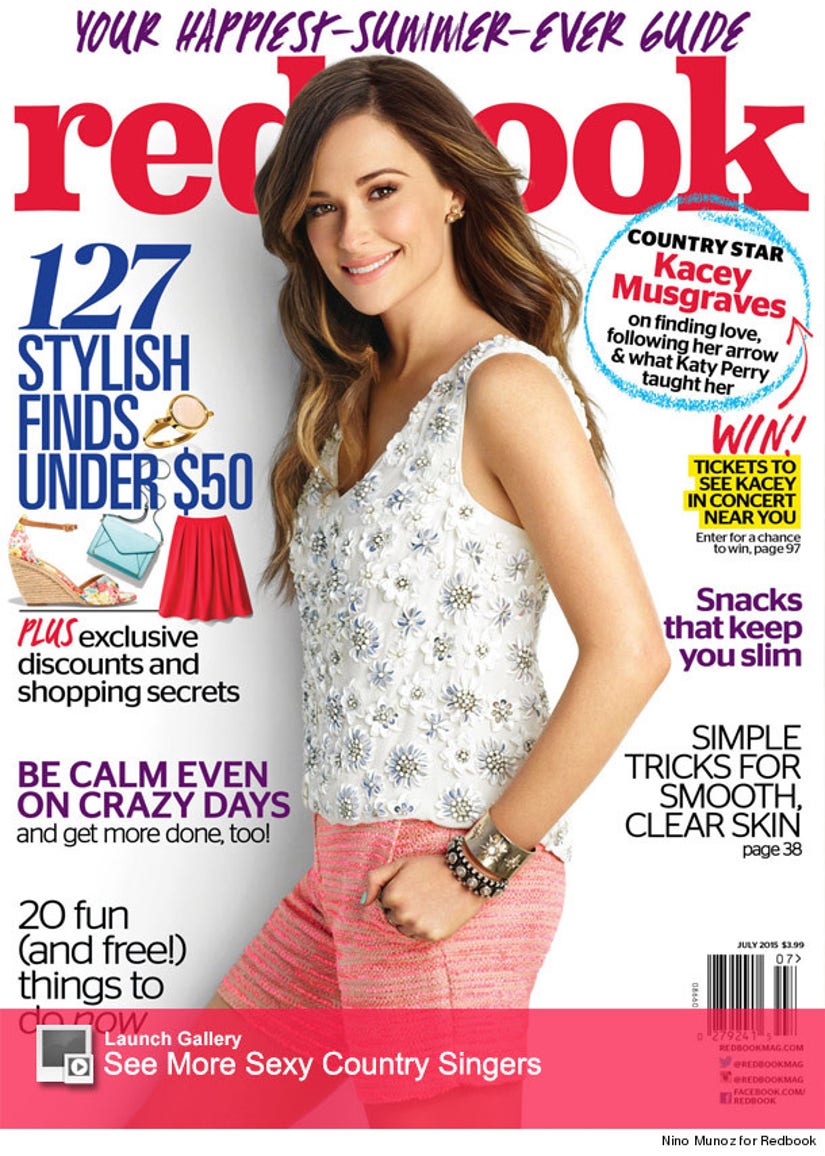 The country cutie covers the July issue of Redbook magazine, where she opens up about her pal Katy Perry and fires back at her critics.

Musgraves and Perry recently hit the road together for Katy's Prismatic World Tour and the "Follow Your Arrow" singer got to know the pop star pretty darn well.

"She's almost exactly like you would imagine," Kacey tells the mag. "I mean, she's got major balls. You can put this on the record: I've seen Katy Perry's proverbial balls. She's had some doors slammed in her face, and it's cool to see that if you keep doing what you think is good, it will work out."

The 26-year-old has some pretty big "proverbial balls" of her own too, as Musgraves says she doesn't care what the haters have to say about her music.

"I've come to conclusion that people are always going to find a way to be offended about something, and it's almost like they want to be," the Grammy-winning singer explains. "I won't be everybody's cup of tea. I've found peace in that. I'm cool with not being the biggest superstar on the planet. I don't let people's approval make or break what I'm doing."

The "Merry Go 'Round" singer also says that she hopes her music helps people find comfort in who they are.

"I think it comes from growing up in an area where a lot of kids really cannot be themselves," she explains. "After high school, my best friend came out to me, and he was like, 'I don't feel like I can be myself, and you're the first person I'm telling.' That is still a lot of people's reality. So if a kid feels like they can walk a little taller because of something I sang, I'm inspired by that."

We can't wait to see what the brunette beauty does next -- what do you think about Kacey's candid comments? Sound off below and check out the gallery above to see more sexy country singers!