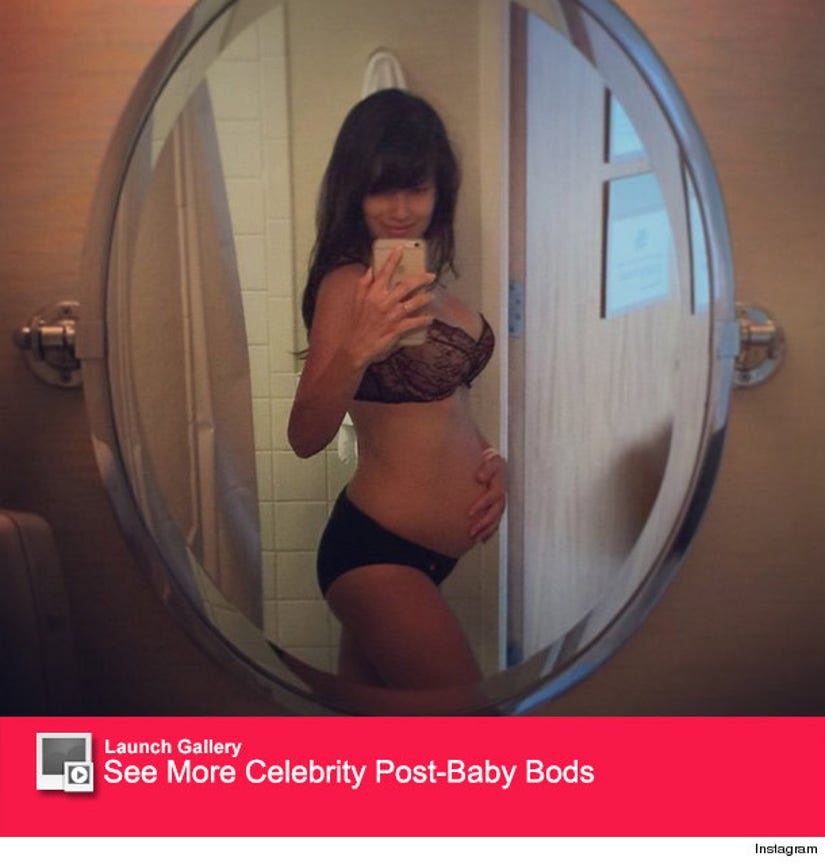 Hilaria Baldwin hasn't even left the hospital yet, but she's already sharing the first photo of her post-baby bod ... in her underwear!

"Rafael is doing wonderfully! He is two days old now. Such a sweet little boy. I'm feeling well, been up with him every hour to two hours," Hilaria captioned the revealing photo above.

"I have been planning on doing post belly photos but didn't know if I was gonna have the guts to actually follow through," she continued. "I hope you understand my intention here: I believe it is important to accept and love our form after going through a bit of a battle bringing life into this world. Deep breath, here we go...all the way from my glamorous hospital bathroom."

Baldwin was focused on fitness throughout her pregnancy, sharing photos of herself at yoga and barre classes as her belly grew.