This is the stuff dreams are made of!

A new sneak peek from "Magic Mike XXL" just dropped, and we're getting to see Matt Bomer show off his singing chops.

In the clip, Bomer's character serenades a group of Southern women who have hired the sexy strippers for one wild night.

Matt makes the evening especially special when he decides to personally sing to one woman who's been experiencing some intimacy issues in her marriage, performing her and her husband's college love song, Bryan Adams' "Heaven."

Before Bomer's character breaks out into song, he gives the woman some marriage advice. "I read energy in my work, and yours is pure and sweet," the sexy star says in the clip. "Tell him what your fantasy is, and make sure he does it with the lights on. If he doesn't, then y'all have a serious problem."

That's when the woman confesses that Adams' popular track was a song they listened to while "falling in love" in college and Bomer just happens to know all the words as he flawlessly covers the track.

Matt's pretty much the full package -- what do you think about Bomer's serenade? Sound off below and check out the gallery to see more sexy behind-the-scenes photos from "Magic Mike XXL." 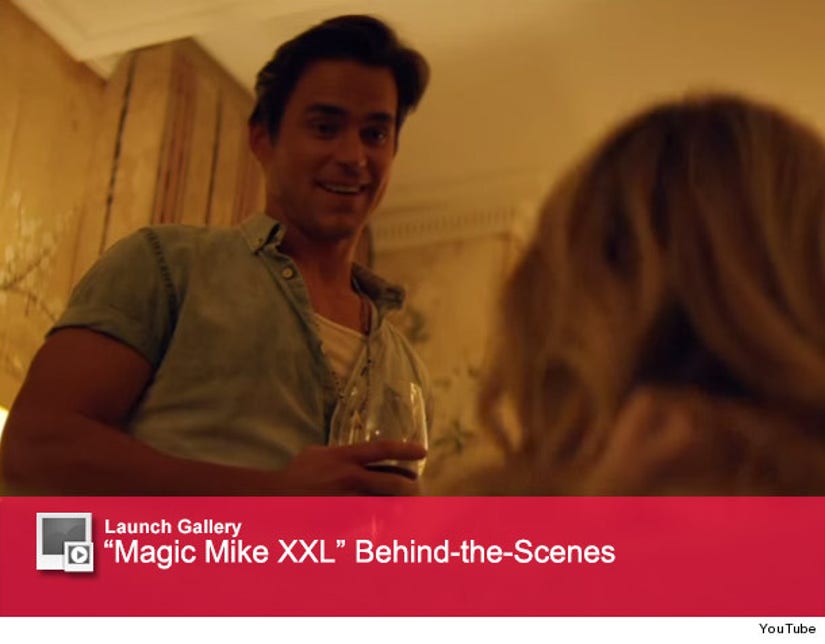