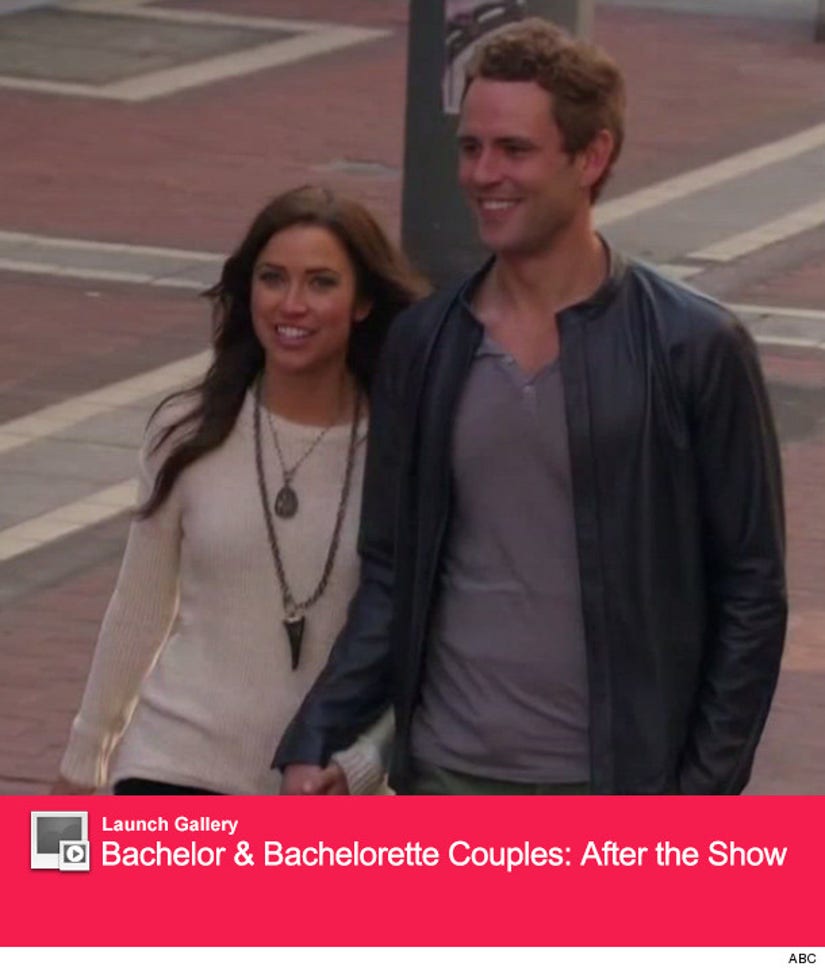 Things just got really real on "The Bachelorette"!

This week, the ABC series picked up from last week's cliffhanger with Ian telling off Kaitlyn Bristowe and leaving the show for good. Nick Viall came to the brunette beauty's rescue after the awkward incident and Josh was sent home after trying to tell Bristowe the group's real feelings about bringing Nick into the house.

The remaining guys, Jared, Chris, JJ, Joe, Ben Z., Tanner and Shawn, also learned that they were all going to spend some time out of the country -- in Dublin, Ireland!

Once the group arrived, Kaitlyn asked Nick to go on his first one-on-one date with her. The pair took a romantic stroll through the park, which was full of hand-holding, "intense" moments and saw Bristowe freak out because she's afraid of birds. The duo then showed off their Riverdance moves and Nick even gifted Kaitlyn with matching claddagh rings (which the sales lady compared to wedding bands).

Things started to get pretty hot and heavy when the pair stopped by some local bars -- where they continued to kiss a whole lot -- and finished their date with a candlelit dinner. Kaitlyn then invited Viall back to her hotel room after offering him a rose, and of course he accepted.

Obviously you can figure what went down behind closed doors (and check out the video above to see for yourselves), but the next morning it definitely sounded like Bristowe had some regrets.

"Waking up in the morning, I'm definitely feeling guilt. I don't necessarily feel guilty about the act. It's more just guilt from caring about other relationships that I have," she said during an interview later in the show.

While the guys -- especially Shawn -- seemed pretty upset by Nick's confession that Kaitlyn invited him back to her hotel room, it seemed like everyone was able to move past the drama when they all participated in a mock funeral which had Bristowe pretend to be dead. The 30-year-old even got to watch her favorite band, the Cranberries, during a one-on-one date with Jared later in the episode.

What do you think about the Canadian beauty's emotional reaction? Sound off below and check out the gallery above to see where more "Bachelor" and "Bachelorette" couples are now!