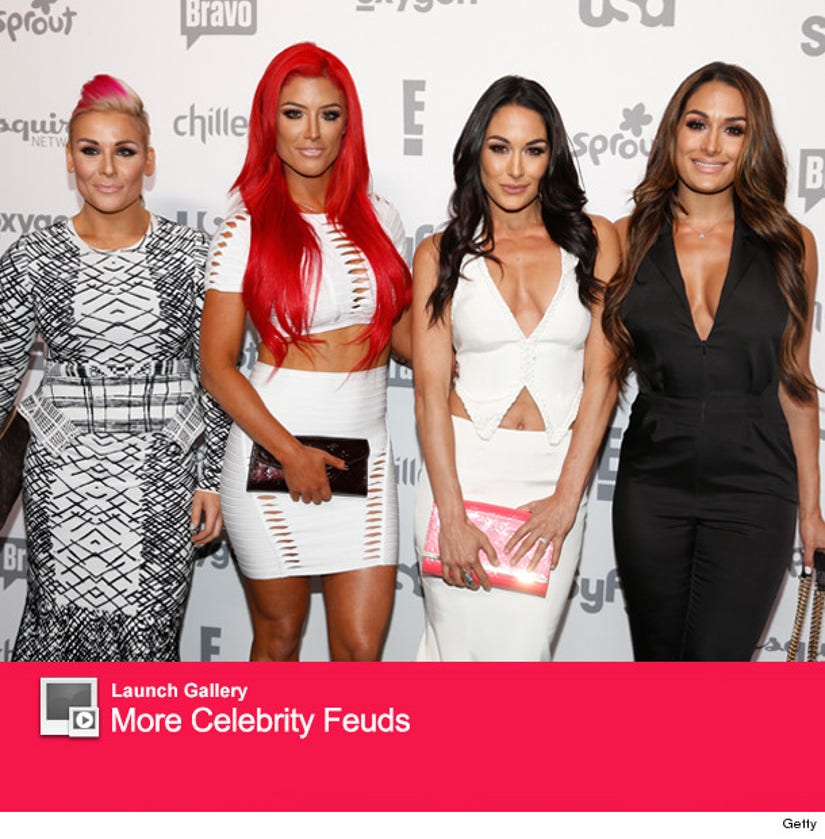 The Bella Twins, Eva Marie, Paige and Naomi are ready to get back in the ring on the new season of "Total Divas," but Natalya (aka Nattie Neidhart) has a message for her fellow WWE competitors: Get ready to deliver!

With eight years of experience, Natalya is more committed than ever to win the WWE Divas Championship. However, as she tells toofab's Rachel Hoffman, some of the Divas may not be putting in enough work.

"You have to come to work to deliver," she tells us. "That's something that you're going to watch this season. I'm not going to name names – I have class and I don't believe in mud-slinging – but talk is cheap... When the bell rings, I promise you that I will deliver. My work has proven that."

Does anyone else think she's talking about Eva Marie?! 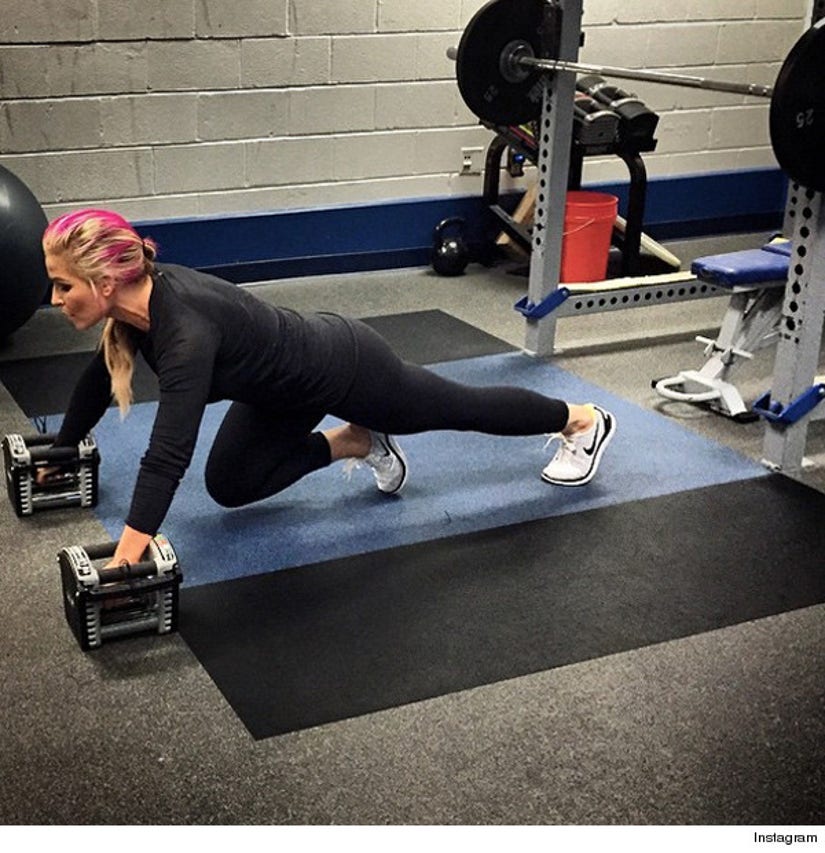 In the season three finale, the Bellas went back and forth over signing a three-year deal with WWE. Brie was hesitant because she's ready to start a family, while Nikki wanted to look into other business ventures.

With the twins on the verge of leaving, Nattie says she wasn't happy to hear the news. "I started WWE with the twins, they're two of my closest friends," she explains. "I feel like, if they leave, I'll be losing two friends. It's like a sisterhood – we're on the road together all the time. So, if the twins left, it would feel like something's missing." 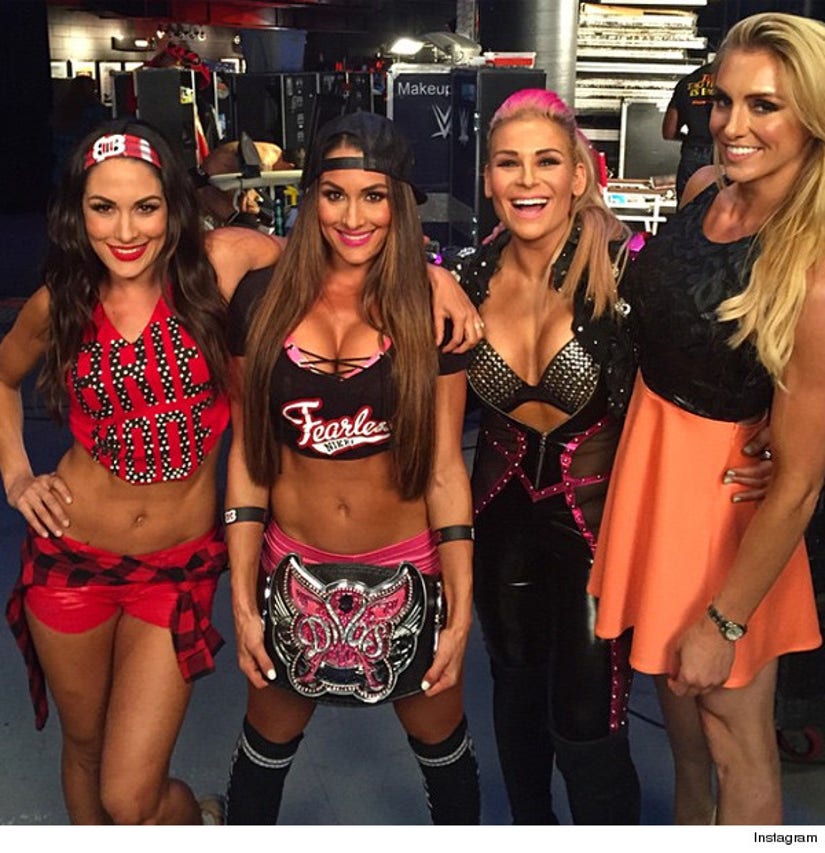 Nattie also reveals that the twins' absence wouldn't affect her standing in the WWE. "I've always sort of been the ugly duckling," she says. "I don't mean that in a malicious or negative way – I've just never been the pick. I've never been the chosen one or their go-to girl. Even when I was brand new at WWE, I was never the shiny new toy."

"That actually has been my biggest asset," she continues. "My biggest strength is overcoming the odds." 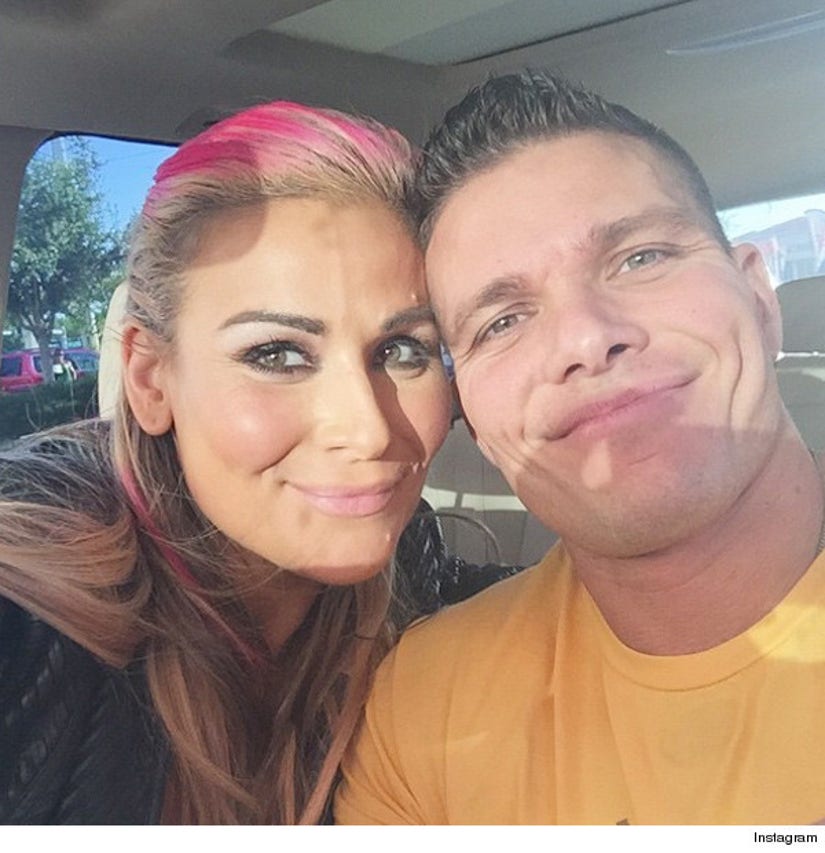 Fans also saw Nattie and her husband, TJ, have some ups and downs last season. So, how is their relationship now?

"We're doing really well. Surprisingly, we only had three fights today," she says with a laugh. "He's getting ready to have surgery. He got injured a few weeks ago during a match in San Antonio. We're getting him prepped for surgery. It's nice to get to spend time with him."