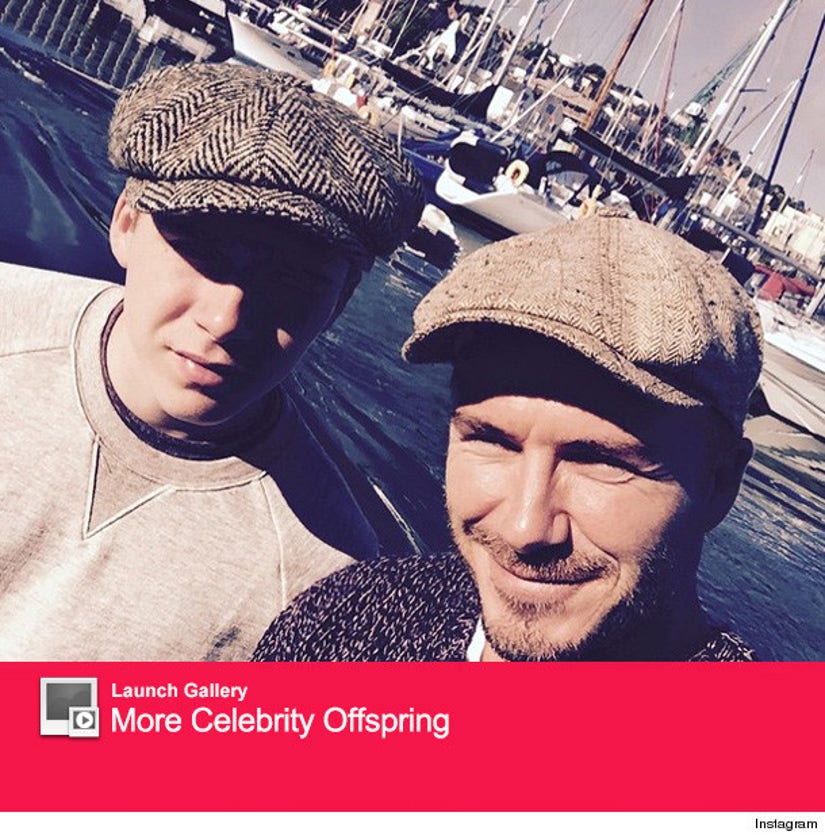 David Beckham took to Instagram on Wednesday to share a snapshot with his mini-me son, Brooklyn Beckham.

"Bonding time with your kids is always so special.... Dad and Brooklyn fishing outing," he captioned the pic of the pair, who were both sporting tweed newsboy caps.

The duo also posted similar pics from their morning workouts at the boxing gym, where the two showed off the secret to their buff biceps. 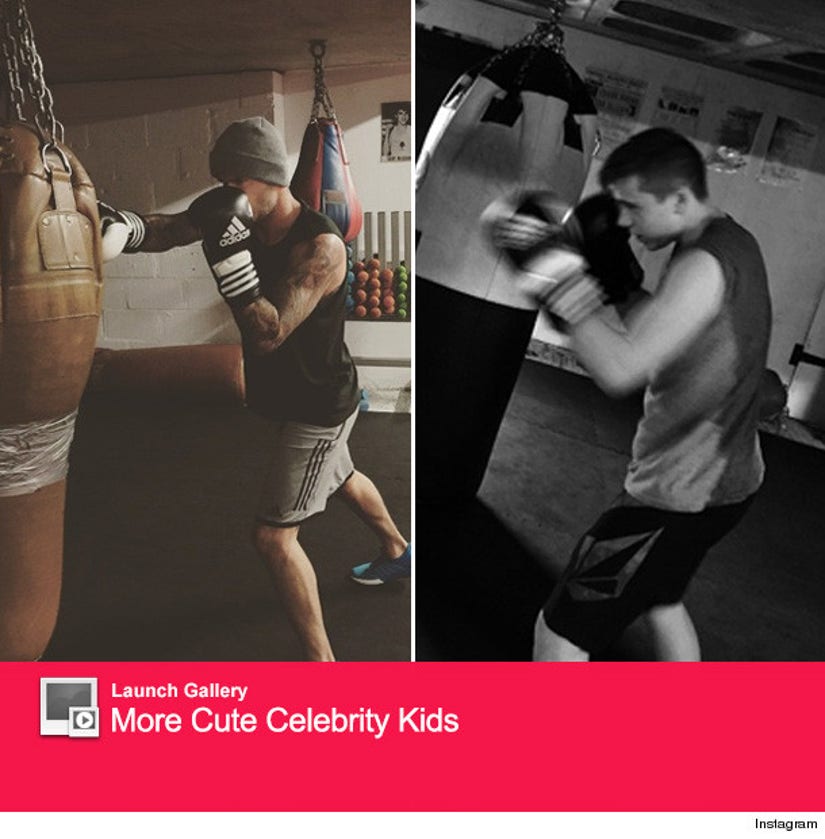 Just like his famous father, the 16-year-old is quickly making a name for himself in the fashion world!

After landing his first magazine cover in April 2014, he's also graced the pages of Man About Town and most recently modeled in Rollacoaster's latest issue. 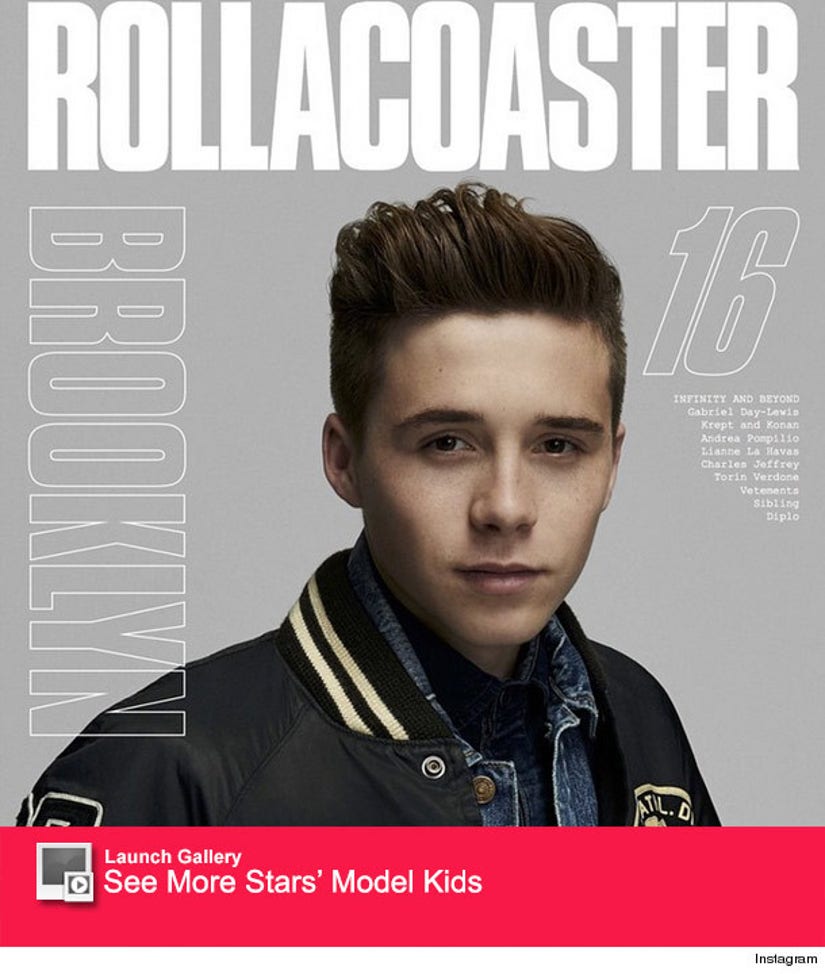 While Brooklyn's modeling career seems to be taking off, the former pro soccer player revealed that he and his wife, Victoria Beckham, make it a priority to keep their eldest son as grounded as possible.

"You know what kids are like! They want new soccer boots. They want new sneakers," the father-of-four told host James Corden during an appearance on the "Late Late Show".

"It came to the point where he turned 14 and I thought, 'If you want something then go and work, and then you've got your own money. Much to his dismay we packed him off to the French cafe and he works there every Saturday and Sunday for a few hours," the former soccer star explained. "He gets his own pocket money."

We can't get enough of these Beckham boys, can you?!