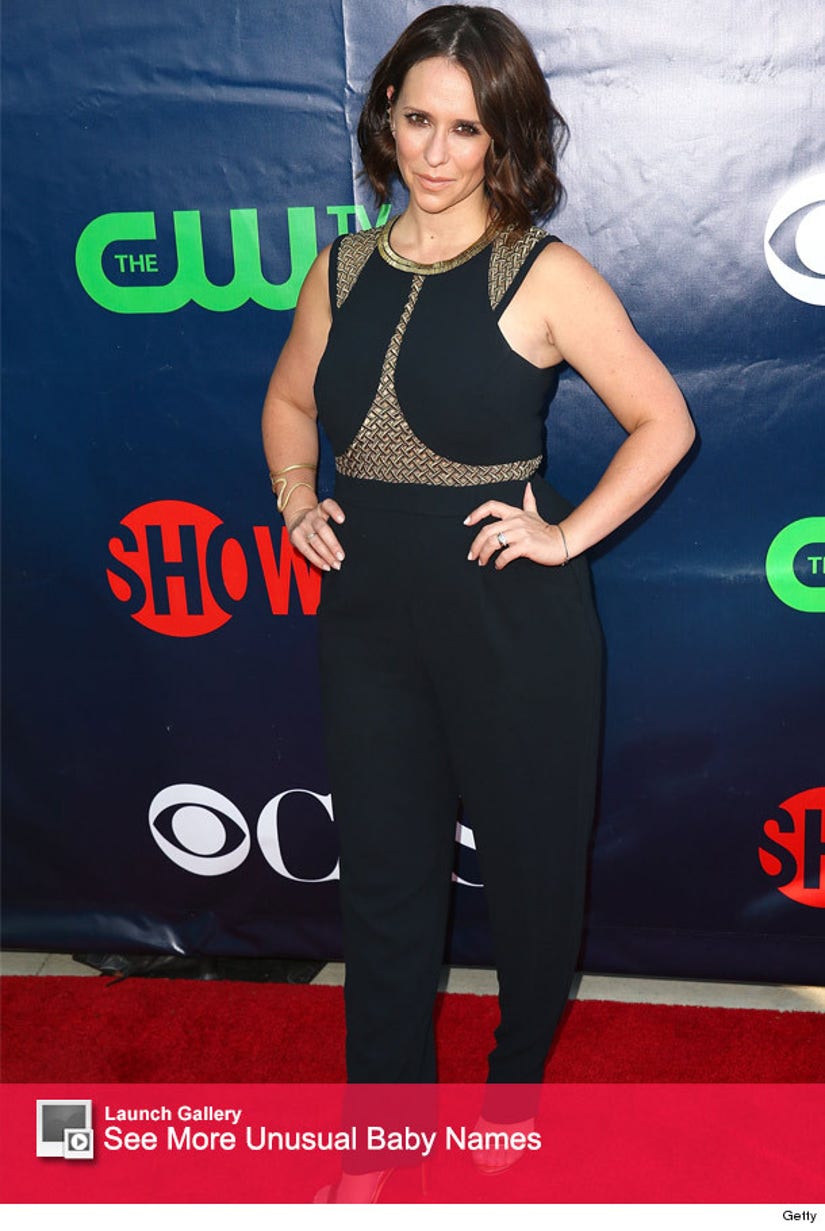 Jennifer Love Hewitt and Brian Hallisay have a new arrival!

The "Criminal Minds" star gave birth to the couple's second child together, a son they named Atticus James Hallisay. The newborn joins 18-month-old daughter Autumn James. Yep, they both have AJ initials.

No word on who or what inspired the moniker, which has gained popularity in recent years. The name immediately brings to mind Atticus Finch, the father from Harper Lee's Pulitzer Prize-winning novel "To Kill a Mockingbird."

The 36-year-old star recently opened up about the positives of pregnancy in Parents magazine.

"Pregnancy is magical. I'm grateful," she told the mag. "It's not lost on me what a gift it is to be able to get pregnant."

"Your body changes so much, and there's a sensuality about that," she continued. "I say accentuate the fact that your legs look thinner than they ever have, and your boobs look great: Work it!"

Hewitt and her former "Client List" costar met on the set of the Lifetime series, before tying the knot in 2013.