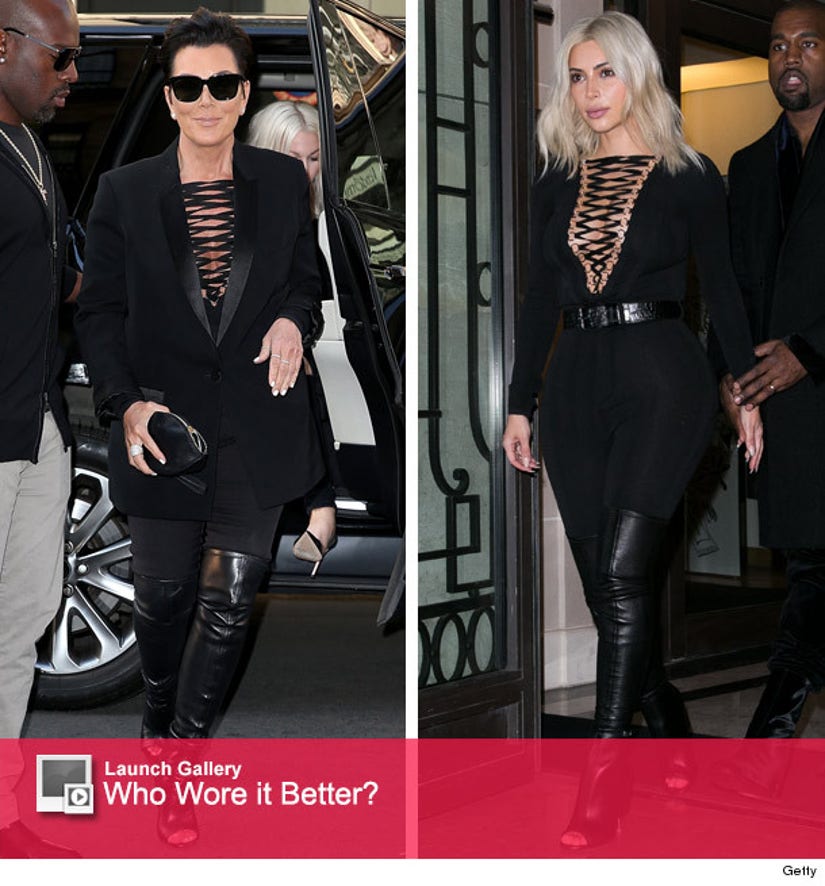 The Kardashian-Jenner clan's trip to France just got a lot more interesting!

Kris Jenner stepped out on the streets of Paris on Thursday in a super sexy ensemble on her way to dinner with boyfriend Corey Gamble.

The "Keeping Up With The Kardashians" matriarch donned a Givenchy lace-up bodysuit, a tuxedo style blazer, leggings and a pair of Givenchy thigh high boots. She accessorised with a small clutch and black shades.

If the momager's look is giving you a case of deja vu -- you're not alone!

Her 34-year-old daughter Kim Kardashian rocked the exact same outfit back in March, also in the City Of Lights during Paris Fashion Week.

North West's mom wore the look -- minus the jacket -- for the Givenchy fashion show while she was sporting her super platinum blonde locks.

We have to say the mom-of-six (and grandma!) looks pretty amazing in the getup, which we can only assume was given to her by Kanye West's other half for the night.

This isn't the first time the Kardashian's have stolen each other's looks. Khloe and Kourtney are also guilty of committing the same offense.

Who wore this look better?! Cast your vote in the gallery above!