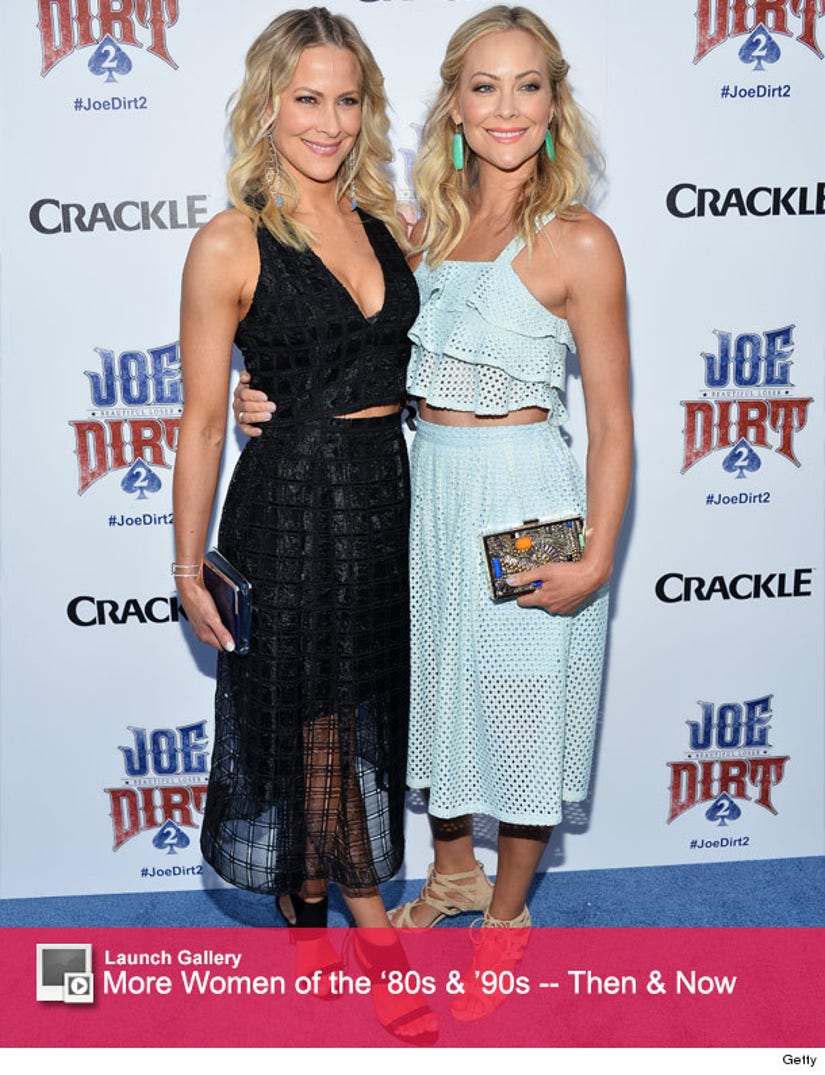 Talk about some stunning sisters!

The twins -- who starred on the beloved series together from 1994-1998 -- looked gorgeous as they posed for pics before heading into the star-studded screening.

Brittany, who reprises her role Brandy in the David Spade sequel, stunned in her black halter crop top and a matching high-waisted skirt, while Cynthia looked beautiful wearing a similar baby blue ensemble.

While we've rarely seen the 39-year-old actresses at public events together since starring on the show in the '90s, it does sound like the blonde beauties are working on a reboot for the series, which was adapted from Francine Pascal's books of the same name.

"There is some talk right now," Brittany told reporters at the premiere. "We're actually going to have some conversations with Francine."

"That series means so much to my sister and I and we want to bring that to our kids and the next generation," she continued. "So it's only natural for us to want to bring it back."

"[Sweet Valley High] seems like a lifetime ago," Cynthia added. "For me, personally, because I'm not in the business so much anymore, I'm shocked that people still remember it. It's amazing how many people still come up to us about it."

We'd love to see these ladies reprise their roles as Elizabeth and Jessica Wakefield!

What do you think about Brittany and Cynthia's candid comments? Sound off below and check out the gallery above to see more women of the '90s then and now!