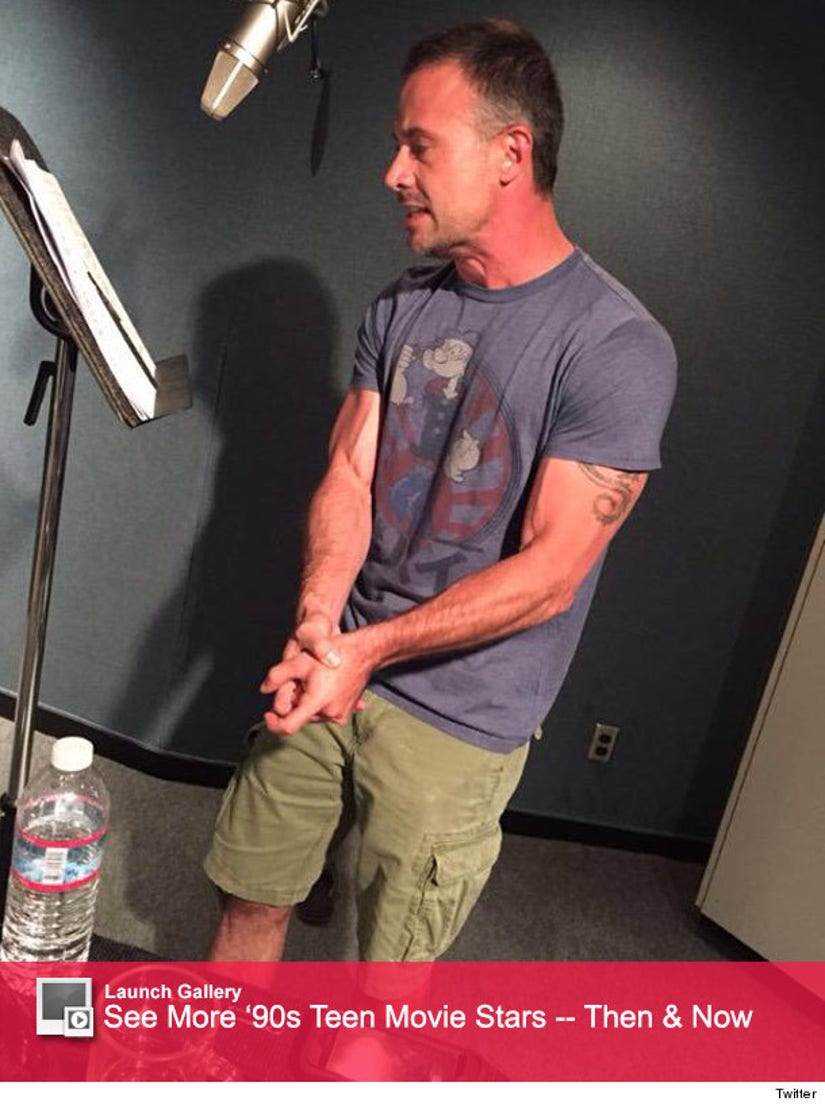 Freddie Prinze Jr. has been a Hollywood hottie since the '90s ... and he's still lookin' good!

After recovering from spinal surgery last year, the 39-year-old star seems to have snapped back into tip-tip shape already.

He took to Twitter to share a pic from inside a recording studio on Friday, where he was putting his buff biceps on display as he read off his lines.

"When I was a kid, Star Wars was it. Like, it's in your DNA," he told Queen Latifah last year. "I'm old enough to have seen the original one. My cousin Chris and I bent this flagpole back and forth—not like a steel flagpole, a little crappy flagpole—until the metal snapped, having two very sharp points because we're intelligent 5-year-old boys. He was Vader and I was Luke, because I was always the good guy."

"I ran up this play structure and I ran to make a quick escape around the side and the flagpole hit the ground before I did," Freddie said before showing the talk show host his facial scar. "My mother witnessed this chunk of chin fly out of my face and screamed. My cousin thought he won because I was bleeding. First blood, right? She drove me to the emergency room and they sewed it back in. I got like little soul patch stitches when I was 5. I looked like I had a goatee. It was cool. It was good."