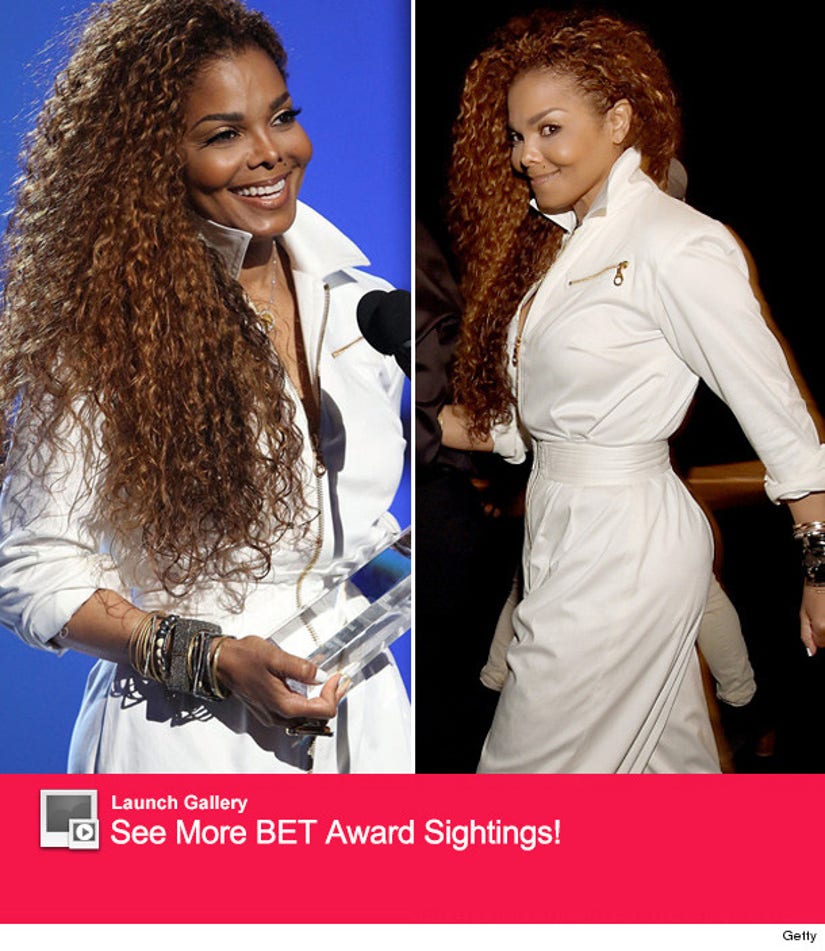 Janet Jackson made a rare public appearance on Sunday night at the 2015 BET Awards, where the legendary pop star received the Icon Music Dance Visual Award.

"It's been a very long journey. My heart is so full," Jackson, who looked stunning in a white jumpsuit, told the crowd. "Thank you God for making everything possible. I am so grateful for the support you've always given me."

The 49-year-old singer also thanked her family, including parents Joe and Katherine Jackson, who were both spotted in the audience. "To my beautiful mother and father and to my entire family. Your love is unbreakable."

Before Janet accepted her awards, Tinashe, Jason Derulo and Ciara performed an epic tribute to the music veteran. Check it out below!

Jackson is set to release her long awaited album this fall -- her first since 2008's "Discipline" -- from her own newly-established record label.

"Janet is not just a supreme artist, she is a unique cultural force whose work resonates around the world," BMG's CEO Kartwig Masuch said earlier this month. "It is an honor that she has chosen BMG to release her long-awaited new album. We look forward to collaborating with her across every platform."

We can't wait for the album to drop, can you?!

Check out all the stars at the 2015 BET Awards in the gallery above, including Rihanna, Nicki Minaj, Christina Milian, Kelly Rowland, Amber Rose and many more.