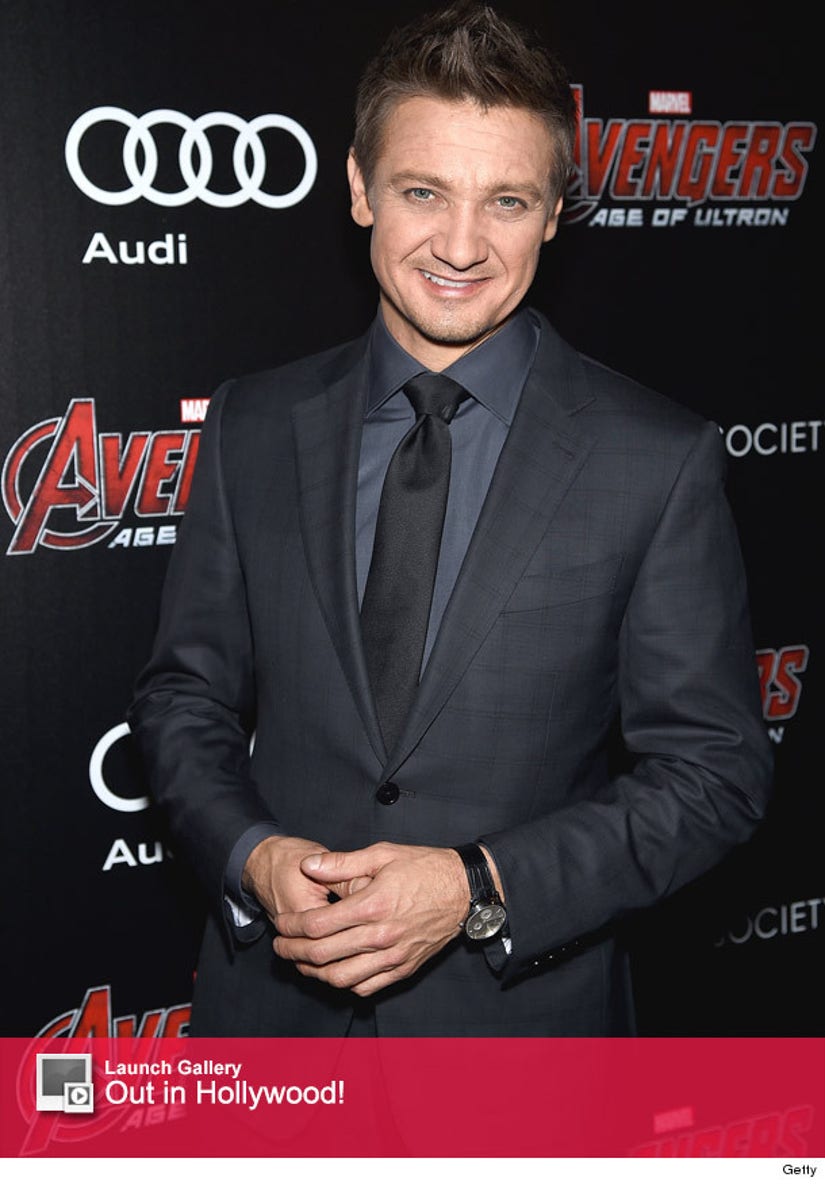 Jeremy Renner doesn't let the rumor mill get to him!

The "Avengers" star got extremely candid during a new interview with Playboy magazine, where he addressed online rumors that he's gay and gushed about his baby girl.

"When you google yourself and the first thing that comes up is 'Jeremy Renner gay,' it's like, 'Oh, now you've arrived. You're now a giant movie star.' I don't care, ultimately, if that's what people want to think, read and care about," the action star told the mag.

"F--king say whatever the hell you want about me. Look at where we're at socially—leaps and bounds ahead of where we started," he continued. "That's an amazing thing. To suggest that it's negative, that being gay is a terrible thing, a perversion or whatever—I just don't get it. Don't you wish we were in a world where we're not shaming, judging and boxing people in?"

The "American Hustle" star also opened up about losing his virginity and said the experience wasn't quite what he hoped it would be.

"My story was awful, just like everybody else's," he confessed. "It was just this random, uncomfortable thing, and I was so nervous. I remember my dad's sex talk was 'Son, no glove, no love.' He opened a drawer. 'Here are the condoms.' But I have no idea what she thinks. Maybe she goes to the movies and thinks, 'Okay, Hawkeye was my first.' Or she could have a voodoo doll of me, for all I know."

The 44-year-old also gushed about his adorable daughter Ava, and revealed how being a father has changed the way he makes decisions about his career.

"When she drew her first breath and with that palmar reflex grabbed my finger, the thought came to me, If all goes well, this same scenario will happen when I take my last breath. I see anything that takes me away from my daughter, whether it's something good like making 'Mission: Impossible 5' or something bad like my divorce, as a distraction and an obstacle. Now, if anything takes me away and I don't get to see her, I just won't do it. I don't care what you pay me," Renner explained.

"All my energy goes toward her and her well-being," he added. "The ultimate challenge on that movie and 'Avengers: Age of Ultron' was that they both shot in London, which took me 11 hours away from Ava. That was what caused any cantankerousness, agitation or negative feelings I had about the whole moviemaking experience."

Jeremy split from his ex-wife Sonni Pacheco in December ... after only 10 months of marriage. While the messy divorce did take some time to figure out, the pair recently agreed on custody terms and child support back in April.

Gotta love Jeremy for keeping it real -- what do you think about the actor's candid comments? Sound off below and check out the gallery above to see more stars who are actually out in Hollywood!