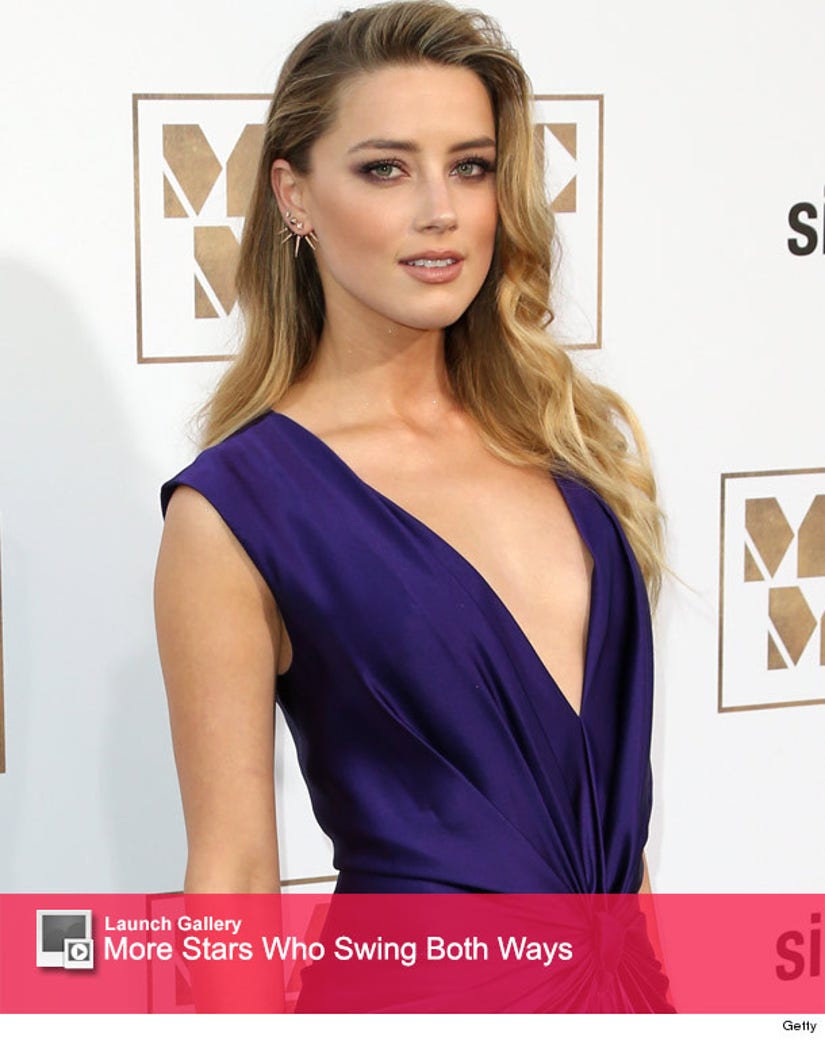 Amber Heard is opening up about her sexuality.

While the "Magic Mike XXL" star has talked publicly about being bisexual, she's now revealing why she decided to come out at a GLAAD event back in 2010.

Heard, who married Johnny Depp earlier this year, says that hiding the truth can be a negative thing. "I personally think that if you deny something or if you hide something you're inadvertently admitting it's wrong," she declares. "I hate the idea of a label just as much as anyone else, but I'm with who I'm with."

Heard says it was her idea to suggest her character in the "Magic Mike" sequel might be bisexual as well. She also tells the publication she appreciates the flick's "reversed gender roles."

"It's a film about men seeking sexual attention," she says of the movie. "It gives the power position to women. My character's function has nothing to do with her sexuality."

What do you think of Amber's candid comments? Sound off below!