Caitlyn Jenner is keeping up with the Kardashians ... when it comes to fashion!

Cait was spotted in NYC on Tuesday in her most "Kardashian" look yet, as she was snapped heading into the Patricia Field store in a leopard print wrap dress that looked extremely similar to one we've seen Kim wear in the past.

Jenner's version was much more conservative, going down to her knees. She paired the look with sensible black pumps. 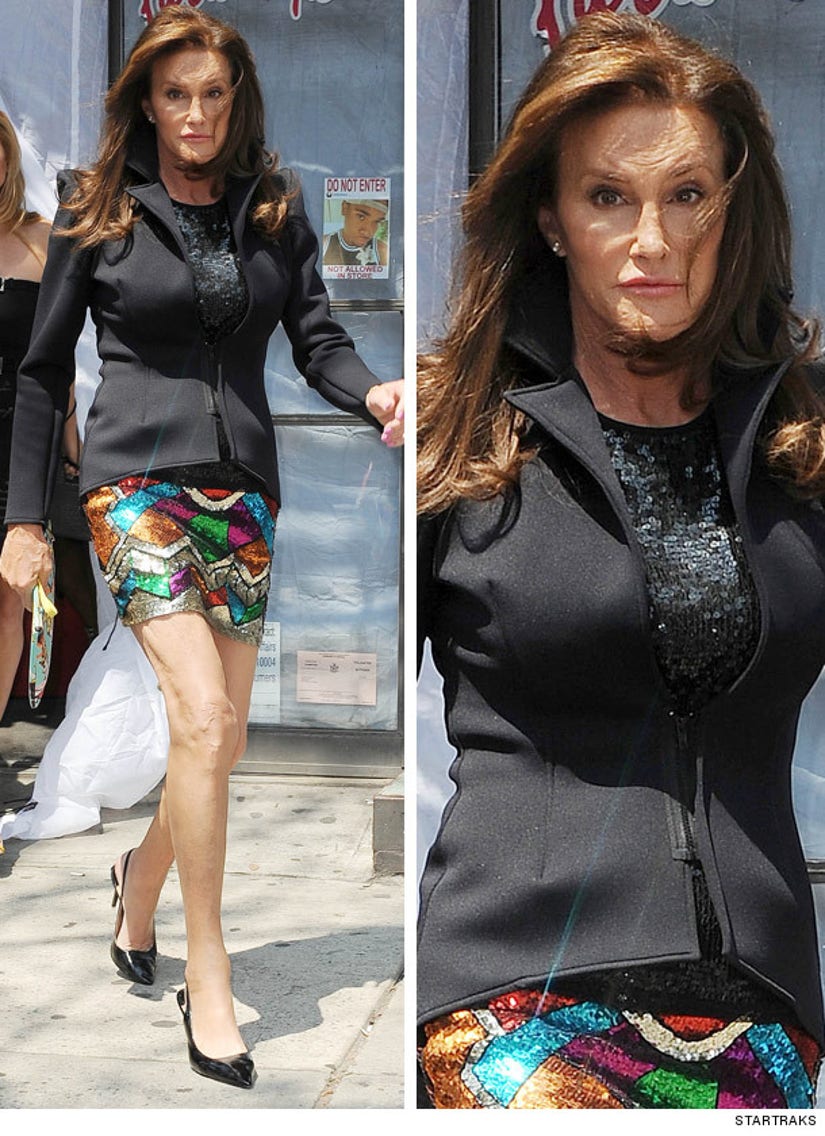 Caitlyn emerged from the store a little later in a new outfit -- showing off her long legs in her shortest skirt yet. Jenner paired the colorful sequined creation with a black sequined top and blazer.

The entire Kardashian clan lives for animal print. Khloe, Kourtney and even Kris Jenner have all donned leopard and cheetah on numerous occasions.

Kim previously said she was going to help Cait with her hair, wardrobe and overall aesthetic.

"I was like, 'If you are going to do this, you cannot look a mess.' I went shopping. I'm helping [her] pick glam teams. [She] has to look good," she told Glamour.

"I'm prepping her to have the best wardrobe and hair and to feel really good about herself. I know she would want that," she added.

She's been spotted out in a few fashion-forward ensembles since her big Vanity Fair debut -- attending Pride parties and dinners in NYC this week. Just last night, she was seen in a bandage dress ... another Kardashian staple.

See more of her glam looks in the gallery above!