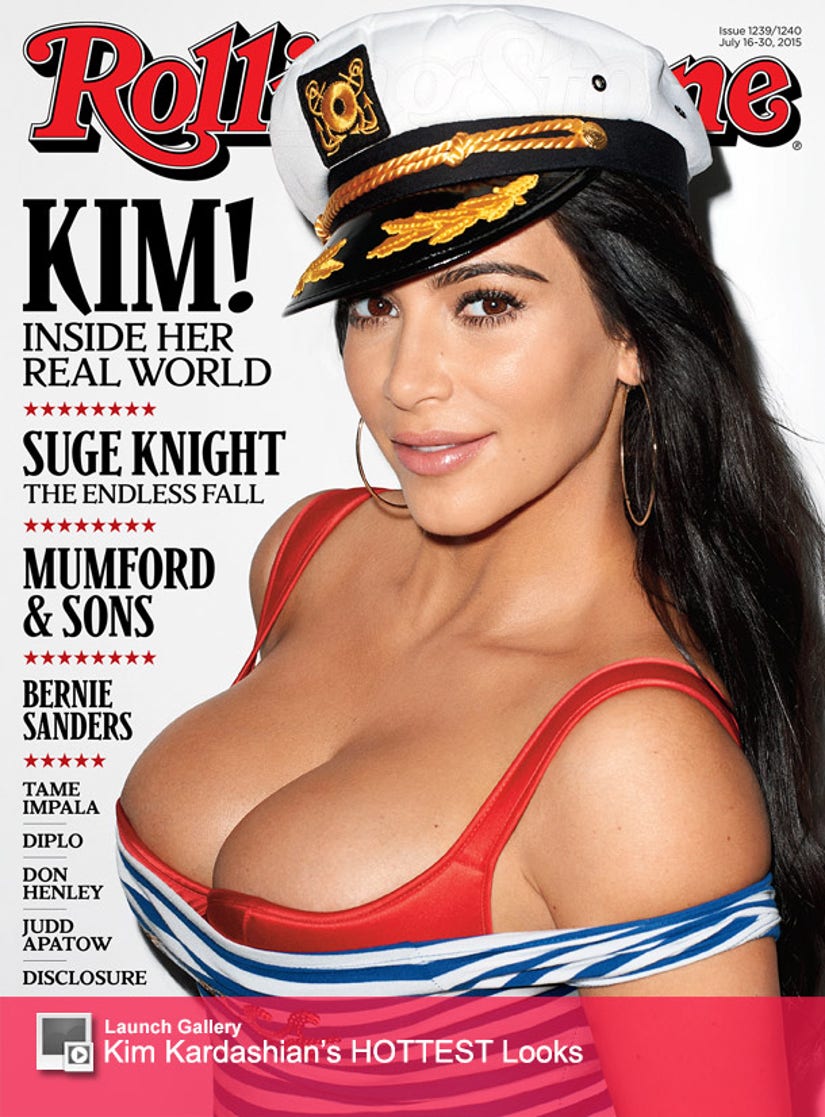 Kim Kardashian is opening up about some of secrets in her life -- including what reclusive Rob Kardashian does all day and what former BFF Paris Hilton thought about her sex tape.

The reality TV star spills the tea in the new issue of Rolling Stone, addressing everything from the aforementioned topics to living with O.J. Simpson and her first marriage at the age of 20.

When asked about her brother's recent disappearance from the public eye, Kim gets blunt.

"It's not that mysterious, what's happening with Rob," Kardashian tells the mag. "He has gained weight. He feels uncomfortable being on the show, and that's OK. Do I think he smokes weed, drinks beer, hangs out and plays video games with his friends all day long? Yes."

And while she thinks Rob does a lot of drinking these days, she credits her aversion to alcohol helped her a lot when she used to party in Hollywood with Paris Hilton -- especially when it came to avoiding those crotch shots the socialite became famous for.

"I rarely wear underwear, but that never happened to me," she says. "I was never drinking. I think that saved me a lot."

When it comes to her "Kim K. Superstar" sex tape, Kim says her former BFF wasn't thrilled about it ... despite Paris having one of her own.

"I don't think she was that happy," says Kardashian. "We didn't really talk about it. I probably would have thought, 'Oh, my gosh, let me give her advice,' but we had no communication. But our friendship had fizzled before that."

She says that she can't talk about who leaked the tape -- and adds that she doesn't "really think about" it at all anymore.

Other interesting tidbits from the interview:

- O.J. Simpson briefly lived in their house while her father Robert Kardashian was defending him. Kris Jenner thought he was guilty, but Kim says she "took my dad's side." "It's weird, I just try not to think about it, she adds."

- She's always liked the idea of being part of an interracial couple. "When I was in high school, I'd get magazines and see interracial couples and think, 'They are so cute.' I've always been attracted to a certain kind of look."

See more from the revealing interview over at Rolling Stone. The issue hits newsstands July 3.