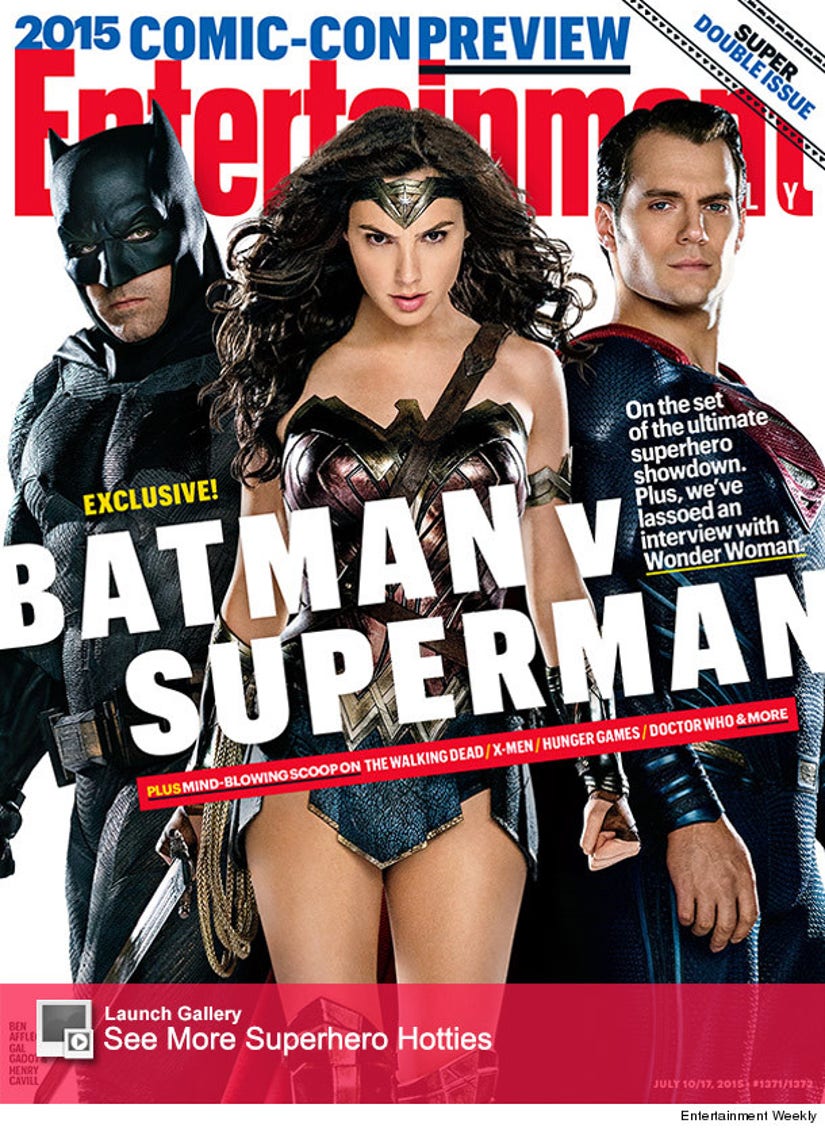 Wonder Woman is ready for her closeup.

This new look at the character's costume finally proves that, yes, her blue, red and gold color blocking remains intact. Remember, when the first photo of Gal Godot all dressed up was originally revealed at Comic-Con last year, it looked like this:

While not much is known about how Gal's character will fit into the film, Affleck did open up to the magazine about his version of the Dark Knight.

"He's on the verge of being swallowed up by the anger and the rage that we see haunt this character in the other manifestations of it," says Affleck. “But this guy is further down the line and has become more embittered and cynical.”

Superman and a growingly cynical Batman will face off in March 2016.

Be sure to like toofab on Facebook and follow us on Twitter for updates from Comic-Con 2015 next week -- as we'll be bringing you photos, interviews and more on everything from "The Hunger Games" to the exciting Warner Bros./DC slate!