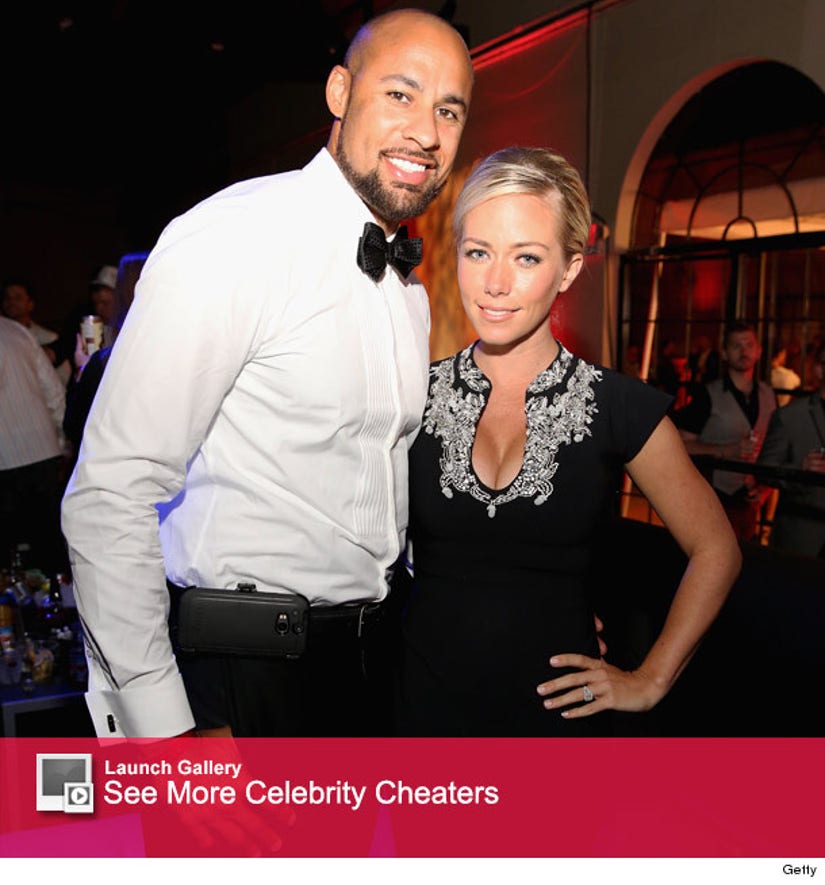 In another interview with PEOPLE, Kendra Wilkinson's husband opens up about his state of mind around the time his rumored affair took place -- and it ain't pretty.

The former NFL star says he became depressed after his football career ended in 2011 and he started taking prescription drugs to cope. But that wasn't enough.

"I fell into what happens to a lot of professional athletes who change careers. It hit me, and it hit hard," he tells the mag. "I was drinking like I had never drank before and I was buying weed here and there. It wasn't to get high or baked out of my mind. It was to calm my stress."

The first reports of his questionable interaction with a transgender model hit tabloids shortly after -- and, looking back, Kendra says she should have seen it coming.

"Anytime he said, 'Kendra, I'm not feeling too good,' I would say, 'Shut up, I'm pregnant!' I never gave him the opportunity to come to me with his feelings," she says.

"I put myself in a bad situation," Baskett adds, "whether I was battling depression or not."

That bad situation: Hank approached two people for weed in a grocery store parking lot, then got an address to go pick it up. He says he used the restroom at this person's place and when he came out, two transgender women were making out with each other in front of him. He says one of them "fondled" him through his shorts, but insists nothing more happened.

Though the couple have had their fair share of personal drama since the incident, Hank now says they're in a "better place."