He got his legs from his mama!

The two both showed off their equally long stems on the family outing, the former supermodel rocking white short shorts and a loose top as she waved to cameras.

Rachel's bearded boy is assistant captain for the Spokane Chiefs hockey team -- and is apparently being courted by the Braehead Clan of the Elite Ice Hockey League to play in Glasgow next year. 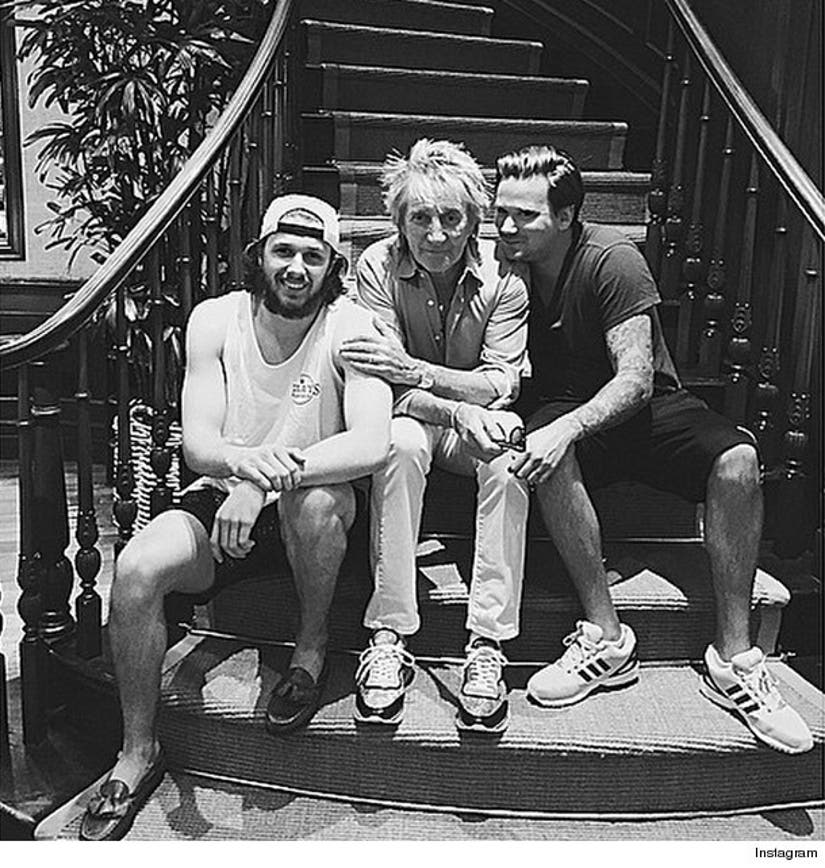 Liam is only one of the "Stacy's Mom" video vixen's kids with the rocker. They're also parents to 23-year-old model/dancer Renee.

Renee recently moved to London, where she's a student at the London Contemporary Dance School.

"I'm proud of where I come from – I grew up in such an artistic family – but of course you want to build your own identity," she recently told Hello! about her career.

Check out her stunning cover shot from the magazine below: