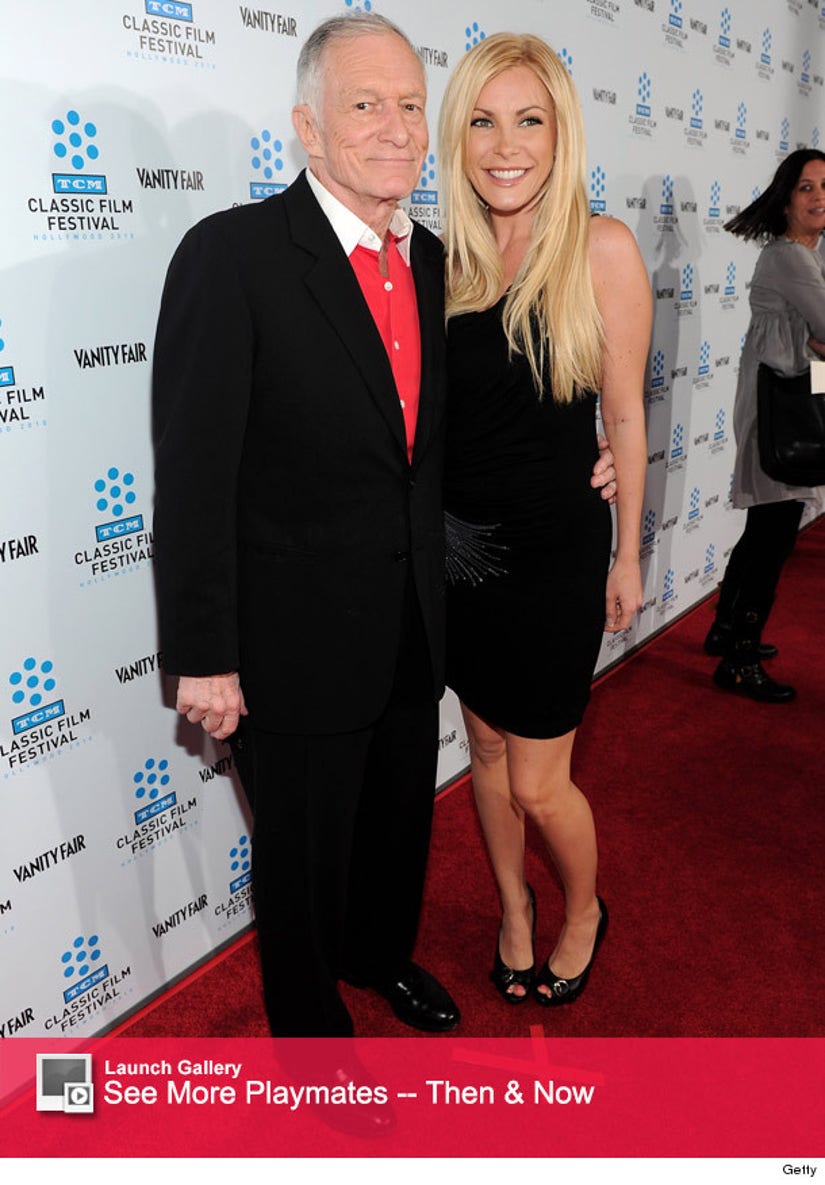 Holly Madison's gone from spilling Playboy secrets to dishing advice to another Bunny in the mansion!

The "Girls Next Door" alum recently opened up to Life & Style while promoting her new tell-all book, "Down The Rabbit Hole: Curious Adventures and Cautionary Tales of a Former Playboy Bunny," where she relayed some advice to Hugh Hefner's current wife, Crystal Hefner.

"You are definitely getting in over your head," Holly tells the mag. "I thought being a live-in girlfriend would be a light, fun thing, but it was a lot heavier."

Holly Reveals Why She Fell Out with Kendra Wilkinson

The mother-of-one notes that the Playboy founder was pretty controlling. "He made me give up my last shred of independence. We weren't allowed to have outside jobs, and it was so catty among all the girls."

"Crystal's in the same situation I was, which is really hard for someone in her 20s,” Holly reveals. "It's way more intense than you could imagine."

Kendra Slams Holly -- Says She Has an "Ulterior" Motive

What do you think about Holly's latest comments? Sound off below and check out the gallery above to see more Playboy beauties then and now!