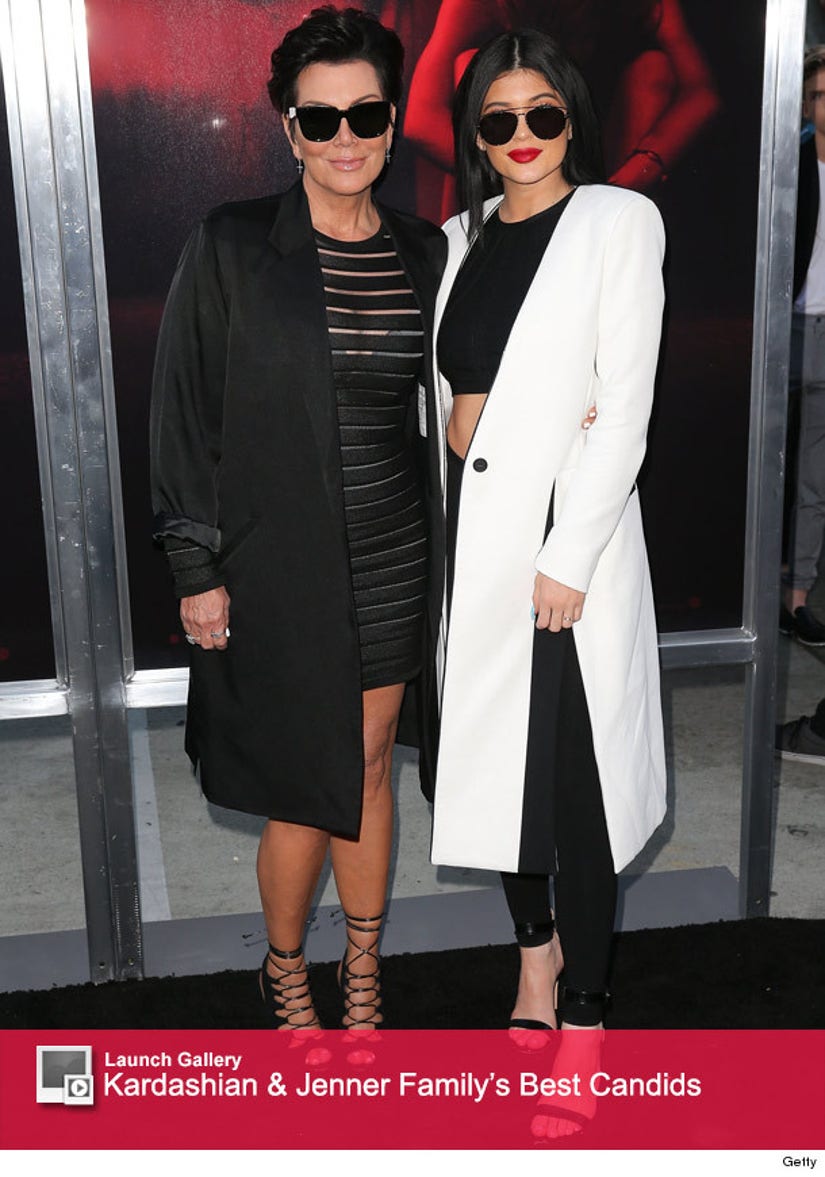 Kris Jenner and Kylie Jenner went full monochrome in matching looks on Tuesday night for the premiere of "The Gallows" in Los Angeles.

The "Keeping Up With The Kardashians" stars wowed in their black and white ensembles, with the momager going for a sexy look in a sheer paneled mini dress and an oversized jacket. She accessorized with cool shades and lace-up heels.

The 17-year-old showed a hint of skin in a black crop top, matching pants, and a chic white jacket. She finished off her look with a bright red lip and black sunnies.

Also at the event was Kathie Lee Gifford and her daughter Cassidy Gifford, who stars in the flick! The "Today" show host just happens to be Kylie's godmother and all four of the ladies posed for a pic on the red carpet. 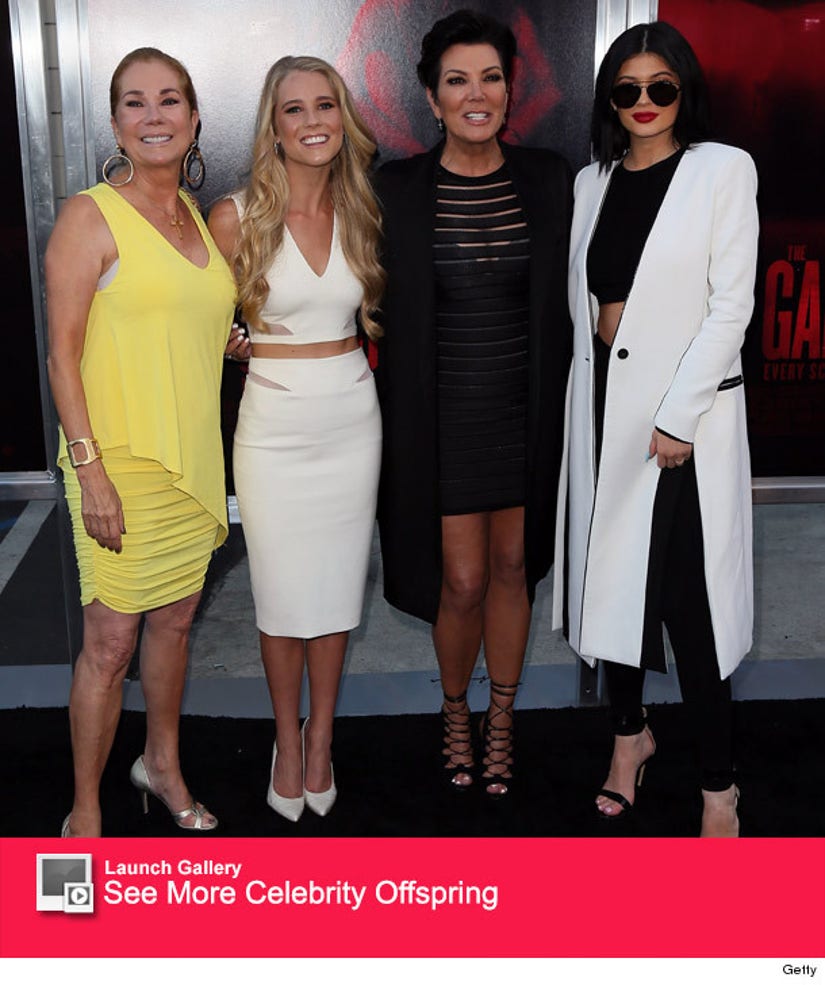 The famous duo looked fabulous for the event and didn't seemed phased by any of the recent drama.

Kylie's boyfriend Tyga made headlines on Tuesday after nude photos of the 25-year-old leaked online. Tyga's lawyer, Lee Hutton, confirmed the authenticity of the snaps to TMZ, but says he believes the rapper is the victim of a conspiracy designed to "maliciously shame" him.

"The allegations are false and socially irresponsible during a time when many Americans are celebrating equality," Hutton said in a statement.

Kylie has stayed mum on the photo scandal so far.

What do you think of the pair's matching outfits? Sound off below then click "Launch Gallery" for more of the Kardashian/Jenner's best pics!