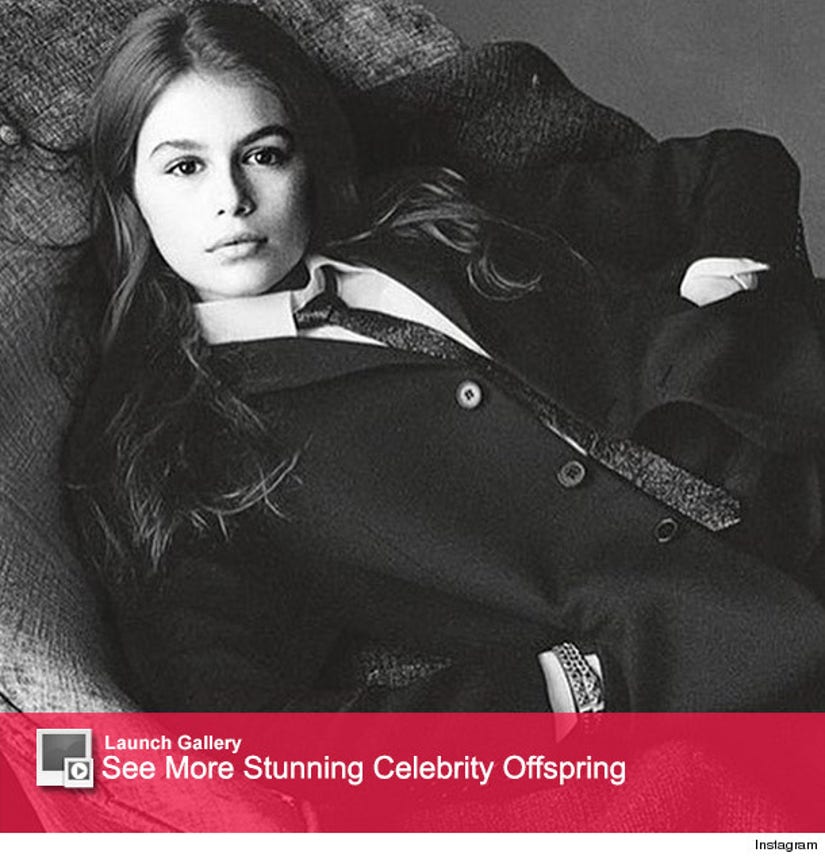 Kaia Gerber is following in her mom's model footsteps!

While Cindy Crawford's 13-year-old daughter shares many of mama's trademark features, the teen will be sharing something else of her mom's -- her modeling career!

In the black and white snap, Rande Gerber and the 49-year-old's youngest child channels her supermodel mom as she strikes a pose in a menswear inspired look.

Kaia also seems over the moon about her budding career. She posted a second photo from the shoot to her Instagram where she's looking absolutely stunning.

This isn't the first time the brunette cutie has been in front of the camera. Last year she landed a spread in Teen Vogue magazine and at just 10-years-old she became the face of Versace Youth.

Looks like Kaia is well on her way to becoming the next big thing!

What do you think of Cindy's daughter's gorgeous photos? Sound off below then click "Launch Gallery" for more celebrity off spring!