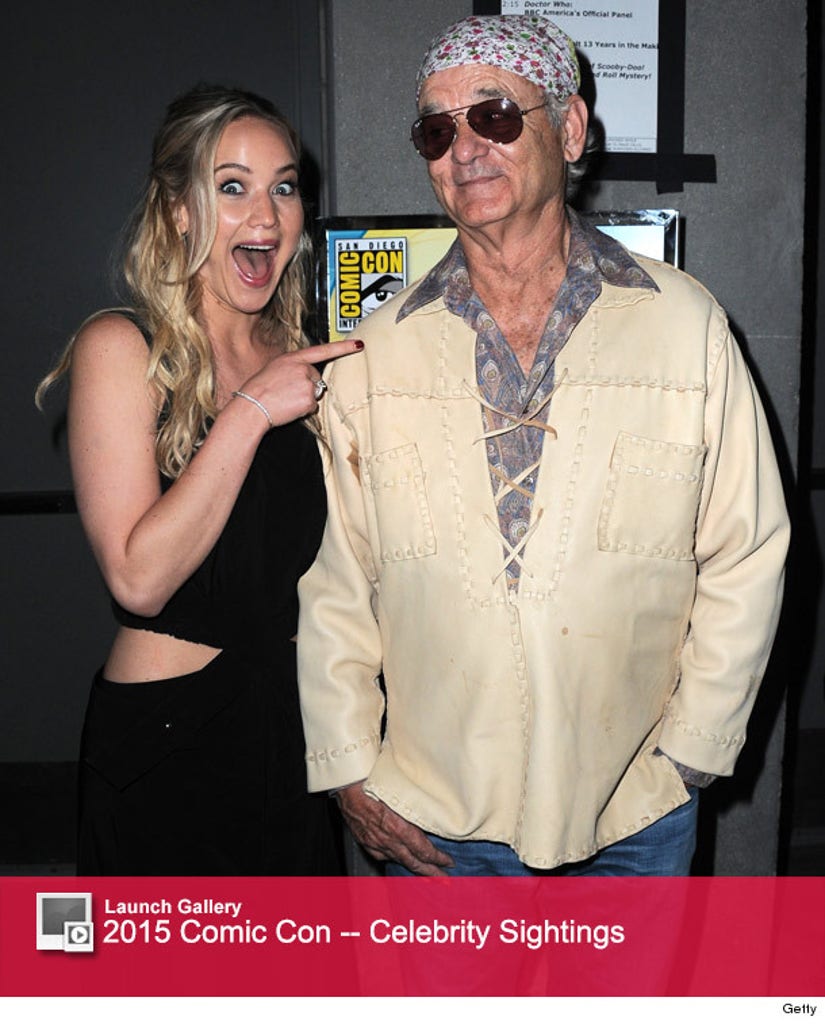 Wine and e-mail can be a bad combination ... but for Jennifer Lawrence, it meant to chance to connect with icon Bill Murray.

The outspoken star was a soundbite machine on Thursday at the Comic-Con press conference for "The Hunger Games: Mockingjay -- Part 2" in San Diego, where she opened up about reality TV nights with her famous costars and revealed the backstory to her epic photo-op with the "Ghostbusters" star earlier today.

"I've been a huge fan of Bill Murray for a really long time," she revealed, after getting photos with him after her Hall H panel. "I've kind of spoke to him through Woody. I've sent emails to Woody, mostly when I was drunk, with things I wanted to say to Bill Murray."

And, apparently, Woody made good when it came to forwarding them on.

"He received them," Jen exclaimed. "Just the fact that Bill Murray knows I exist, he wanted to speak to me and mentioned something about us working together ... that was cool!" 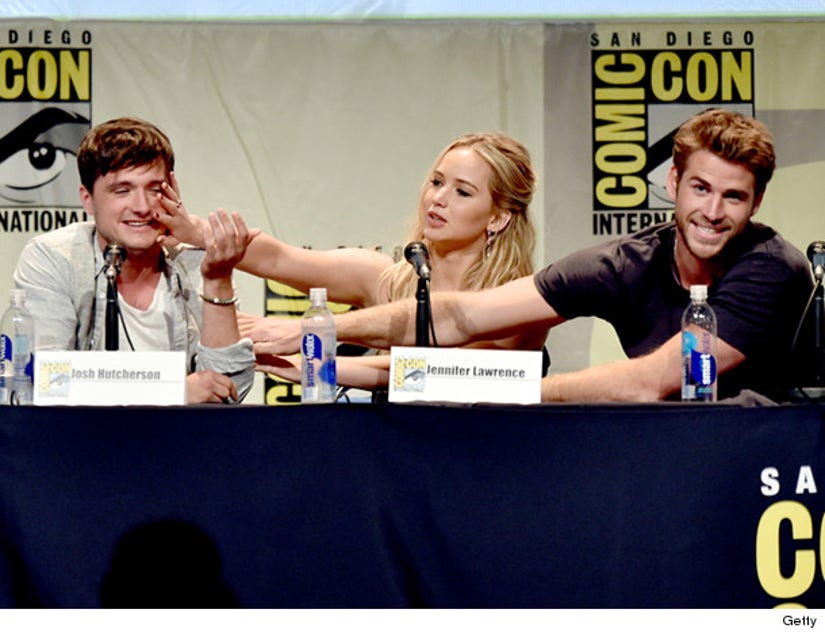 When asked if she ever feels the pressures of Hollywood, Jennifer revealed that she, Liam and Josh Hutcherson do a really good job avoiding it.

"Josh, Liam and I live in our own island in L.A., I don't feel the pressures of Hollywood," she said. "We're always at Liam's house in Malibu, drinking wine. I got him hooked on reality TV, you love 'Vanderpump Rules!'"

"It's a really great show," he added, in agreement.

"He texted me later like 'Kristen and whatshisname used to date?!'" Jen then exclaimed. 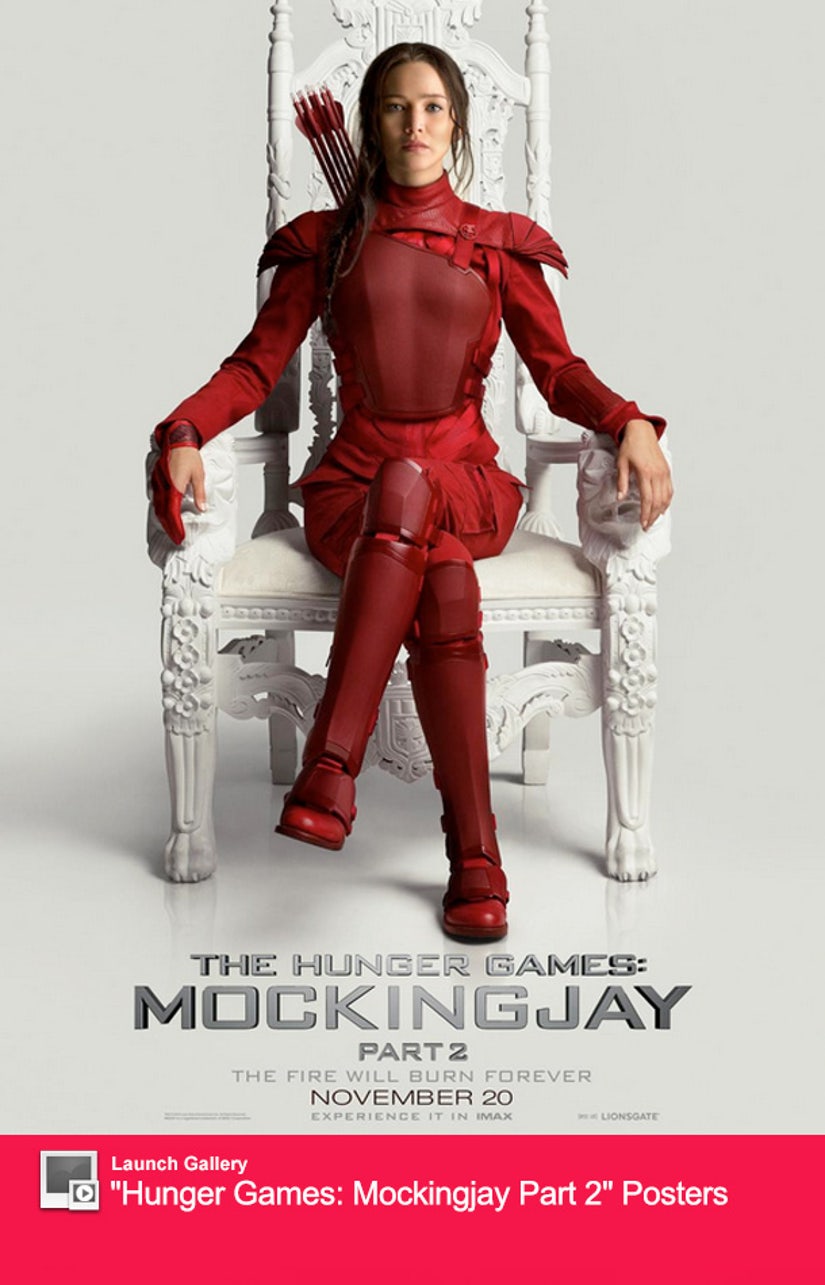 And while the franchise may be coming to an end, it doesn't mean this trio are going their separate way anytime soon.

"We're best friends, we still see each other all the time," said Jen. "I don't miss seeing them, we all still hang out. I do miss acting with them. This really horrible thing happens [on set], we can't make eye contact without laughing and I don't have the challenge with anyone else I work with. That is a challenge I will definitely miss."

"The Hunger Games: Mockingjay-- Part 2" hits theaters on November 20, 2015 -- check out a just-released promo video below!