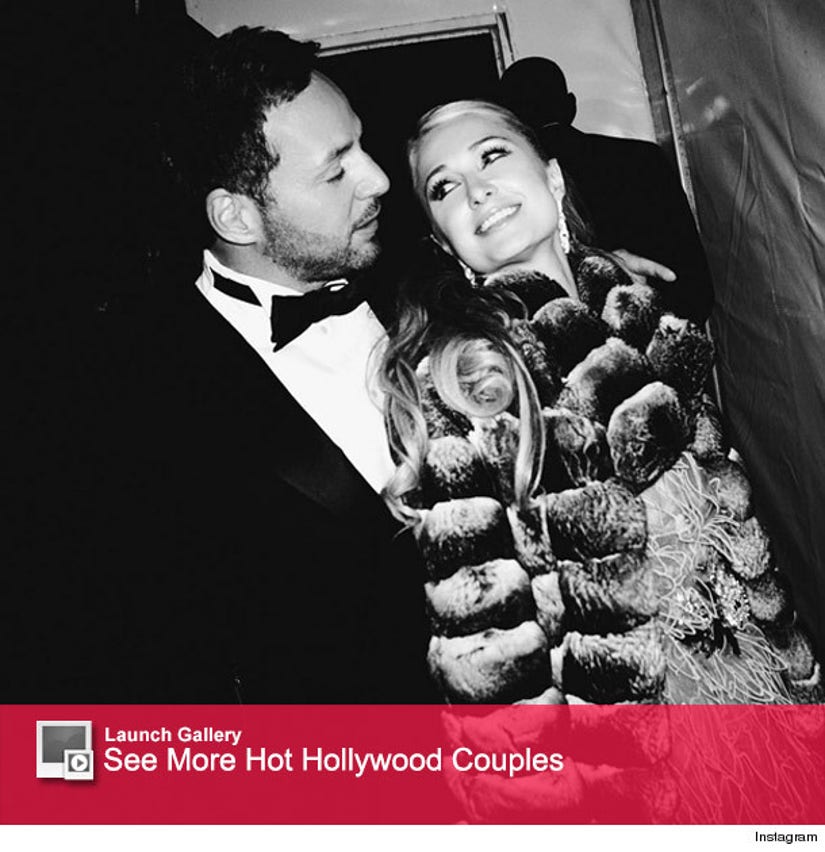 Paris Hilton is head over heels in love!

The hotel heiress introduced the world to her beau Thomas Gross via Instagram on Wednesday in a super sweet post, calling him her "soulmate!"

Yes, you read that right -- a little shocking considering the pair has only been dating for about two months.

In the black and white snap, the "Stars Are Blind" songstress and the RunningBall founder look like quite the glamorous pair. Paris is wearing an extravagant fur coat and diamond earrings as she gazes up at Gross, who looks dapper in a tux.

The 34-year old and her Swiss beau met at the Cannes Film Festival in May and were spotted a month later indulging in some PDA on a yacht in Ibiza.

The duo is currently in London celebrating sister Nicky Hilton's upcoming nuptials to fiance James Rothschild, ﻿who are set to tie the knot on Friday.

Paris has been linked to a number of boyfriends over the years, including Nick Carter, actor Josh Henderson, Benji Madden, Stavros Niarchos III, "Hills" star Doug Reinhardt and River Viiperi to name a few. She was also engaged to Jason Shaw and Paris Latsis.

What do you think of Paris' new love? Sound off below then click "Launch Gallery" for more celebrity couples.