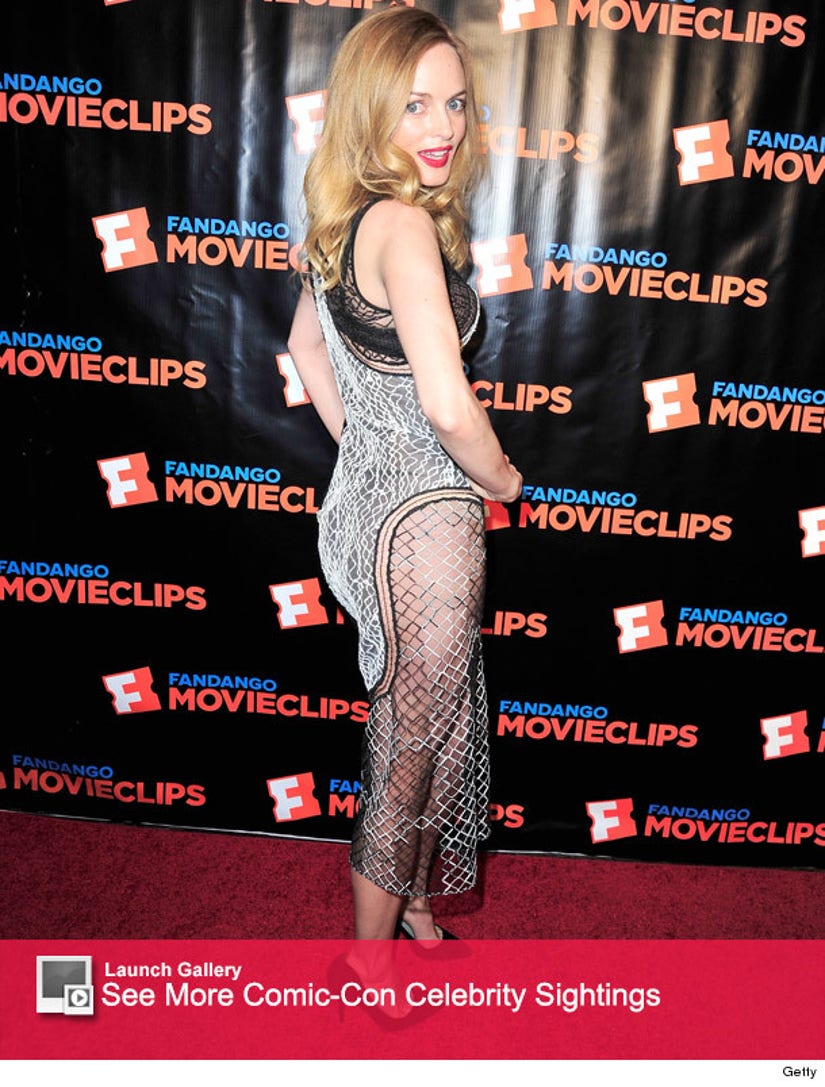 Heather Graham still knows how to work a camera!

The "Hangover" star hit the red carpet for the Fandango Movieclips party during Comic-Con in San Diego, California on Thursday.

The "Boogie Nights" star also flaunted her famous curves while posing from the side and showed off a little booty in the netted sheer number. 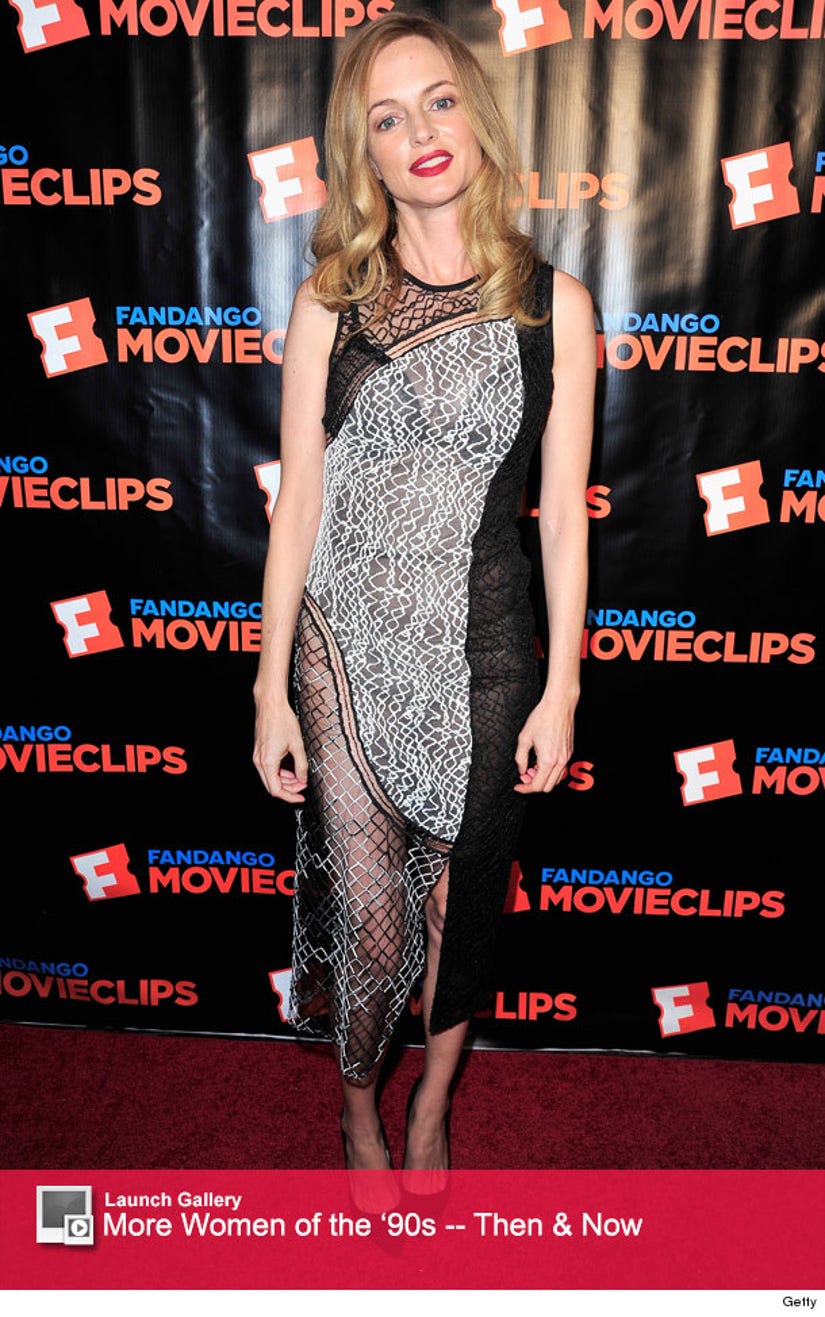 In another shot, Heather's black bra peeked through the front of her dress. Whether this was intentional or not, the actress definitely has the bod to rock it!

The blonde beauty also spoke at the event as part of the panel for the new "Call Of Duty" game, "Black Ops III: Zombie Mode," to which she lends her voice.

Graham was joined by stars Neal McDonough, Jeff Goldblum and Ron Perlman during the presser, who are also featured in the game.

We should see Heather back on the big screen soon -- according to IMDB, the actress is filming three flicks at the moment!

What do you think about Graham's red carpet look? Sound off below and check out the galleries above to see more Comic-Con celeb sightings and ladies of the '90s then and now!