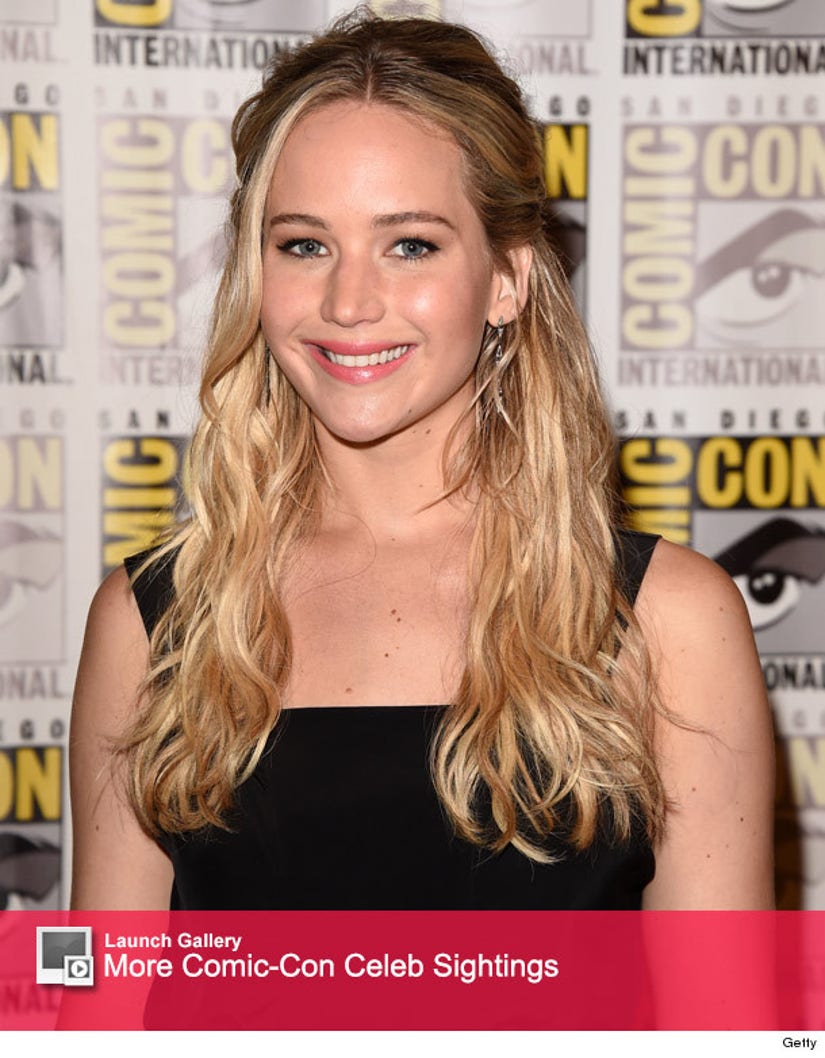 Jennifer Lawrence sure does one heck of a Cher impression!

The "Hunger Games" star, who's currently at Comic-Con in San Diego, stole the spotlight during an appearance on "Conan" with costars Liam Hemsworth and Josh Hutcherson.

After being teased about the success of her single from "Mockingjay-Part 1", "The Hanging Tree", the 24-year-old actress admitted that singing is not exactly one of her favorite things.

"It wasn't me," the Oscar-winner admitted. "Singing in front of people is my biggest fear in the entire world!"

But the host and her co-stars wouldn't let her get off that easy without showing off her singing chops to the audience.

Lawrence then launched into a rendition of Cher's 1998 hit "Believe" with a little help from the 22-year-old actor. We have to admit -- her impression is pretty spot on!

Watch the video above to see JLaw channel her inner Cher, and click "Launch Gallery" above for more celebrity sightings at Comic-Con!