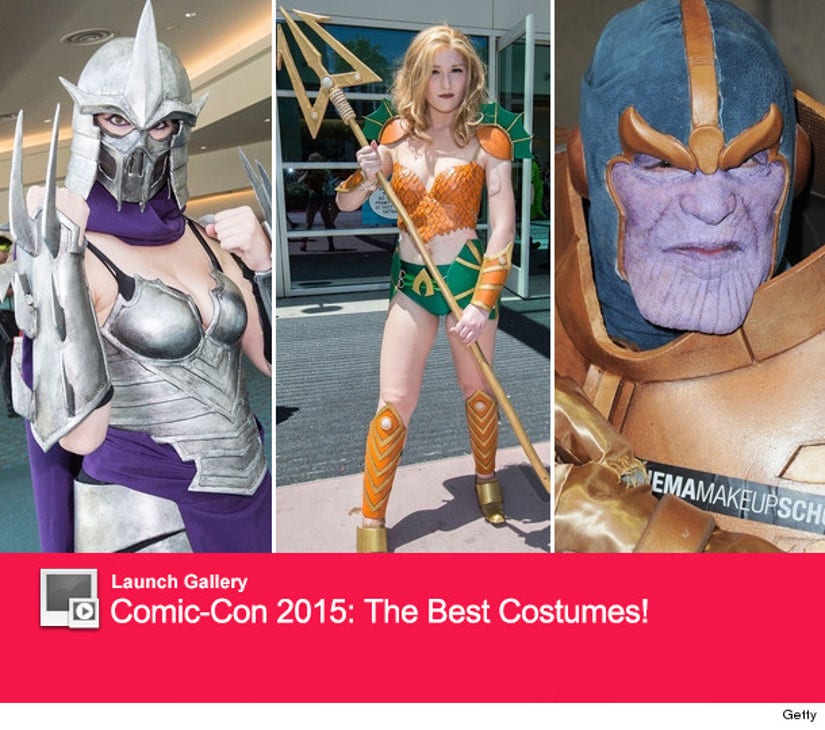 Another weekend of epic sneak peeks, killer costumes and wild parties just wrapped up in San Diego, after celebs and proud geeks galore flocked to Comic-Con 2015.

There were surprise guests, amazing first glimpses at new films and TV shows, parties around every corner and even an emotional moment that had one star tearing up.

Han Solo himself walked into Comic-Con, making his first public appearance since his terrifying plane crash in March to promote "Star Wars: The Force Awakens." "I'm fine," he told the crowd when he made his unannounced arrival. "I walked here so how bad can it be?"

"It should have felt ridiculous," he said about his highly-anticipated return to the franchise. "It was thirty plus years ago and I sorta grew up. Yet here I was. I will tell you that it felt great."

While the filmmakers didn't release any new footage from the film at the convention, they came prepared with some behind-the-scenes footage, giving us our first glimpse of Princess Leia's new costume:

Fans packed inside Hall H for the panel also got another surprise after it was over: They were all walked out of the convention center to a private "Star Wars" concert nearby.

While the boys may get the marquee billing in "Batman v. Superman: Dawn of Justice," Wonder Woman was all anyone was talking about after the Warner Bros. panel on Saturday.

Director Zack Snyder was joined by Ben Affleck, Henry Cavill, Gal Gadot and the rest of the film's cast, where they introduced an extended trailer for the flick.

The new sneak peek revealed a little more about the plot and gave us our first glimpse at Wonder Woman in action. Though only brief, Gadot definitely makes quite the first impression -- we're living for her!

David Ayer, Will Smith, Margot Robbie and the rest of the "Suicide Squad" cast were also on hand to show the first footage from that film.

Warner Bros. decided to release the footage on Monday, after a low-quality version leaked online following the panel.

Margot's creepy craziness as Harley Quinn -- along with a glimpse of Jared Leto as The Joker -- got the biggest applause. Check out the official trailer below:

3.) The Biggest Superhero Selfie Ever 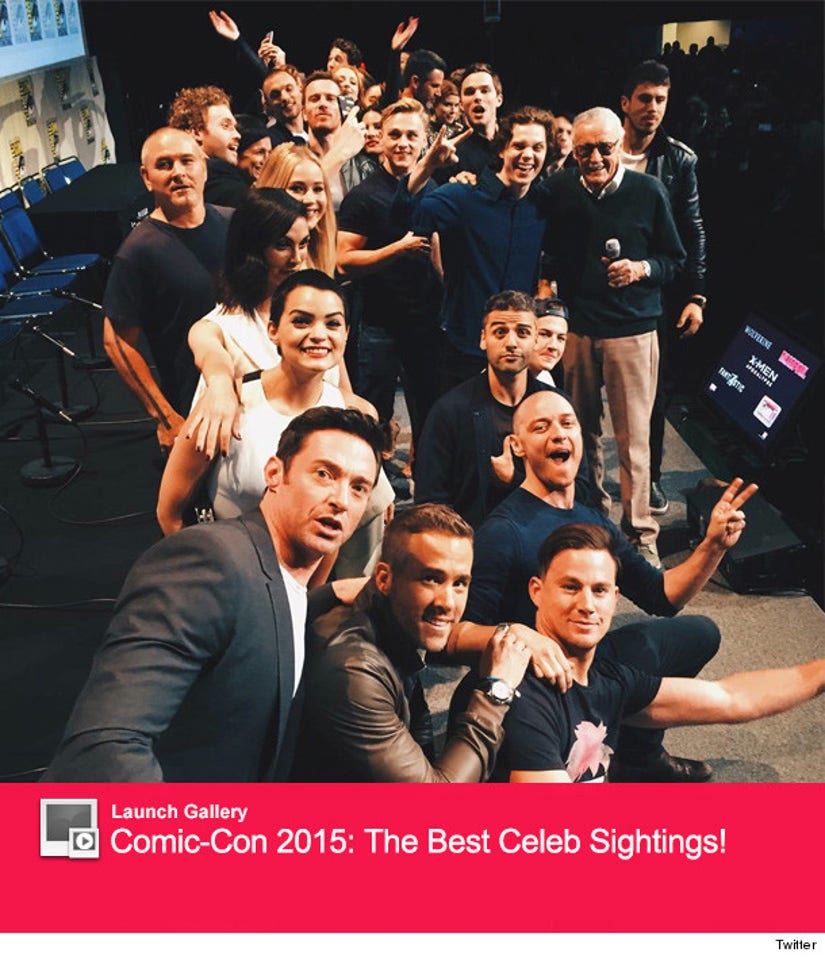 20th Century Fox went viral, thanks to one epic selfie with Stan Lee and the stars of "X-Men: Apocalypse," "Deadpool" and "Gambit."

Hugh Jackman, Ryan Reynolds, Jennifer Lawrence, James McAvoy, Channing Tatum, Olivia Munn and about 15 others packed into the frame for the super pic.

The panel itself also generated some major buzz for "Deadpool," which became one of the most talked about films of the entire convention after some violent, profanity-packed and self-deprecating footage made its big debut.

Deadpool himself filmed a video intro for the footage as well, slamming Fox for sewing the character's mouth open in the dismal "X-Men Origins: Wolverine." This is one film we can't wait for -- can 20th Century Fox please release this footage soon?! 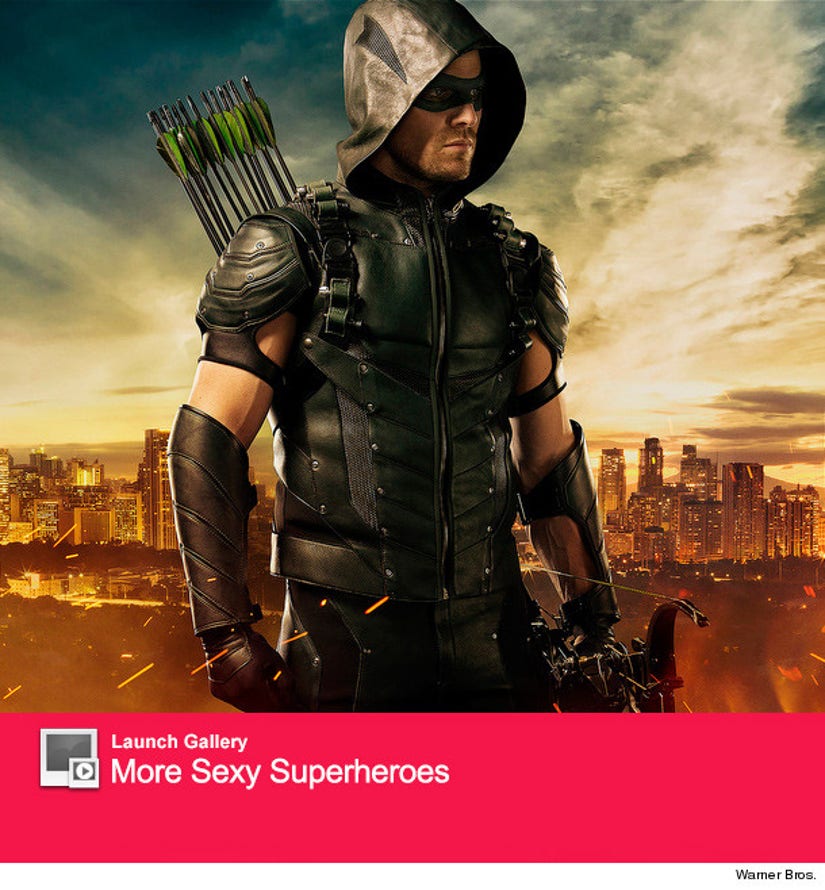 "San Diego Comic-Con, you have not failed this city!" -- those were the words Stephen Amell said as his hit the stage for the Warner Bros. TV panel in character ... and in a new costume.

Finally referring to himself as the "Green Arrow," and not just "the hood," Amell unveiled his alter-ego's latest look -- which features a new sleeveless design and even more leather than his original suit.

We'll see the "Green Arrow" in action when the show returns Wednesday, October 7.

Teen bride-turned sex tape star Courtney Stodden had all eyes on her outside the convention center over the weekend, showing up in pasties, a thong and body paint to promote her relationship with PETA.

The Internet star was "dressed" as Captain Marvel for the event, telling toofab she decided on this look because she's a "fun blonde."

"We feel like it was the best way to grab attention," she added ... and she's right!

See even more cosplay from the Convention floor below:

The first trailer for the upcoming season of "The Walking Dead" made its big premiere on Friday, giving fans a glimpse at what to expect from the insanely popular zombie-packed drama.

The main focus of the trailer is the leadership split between Rick Grimes (Andrew Lincoln) and Morgan (Lennie James), who we saw finally meet up with our group of survivors at Alexandria during the season finale.

One big surprise from the clip: Ethan Embry!

The "Can't Hardly Wait" and "Empire Records" star joins as one of the Alexandria survivors -- and we can't hardly wait to see more of him in action!

File this under: Groovy.

Starz premiered the profanity-laded and gore-filled sneak trailer for "Ash vs. Evil Dead," which finds Bruce Campbell slipping back into his chainsaw arm to battle a new army of deadites 34 years after the original "Evil Dead" film.

Joining him is Lucy Lawless, who previously worked with Campbell on "Xena: The Warrior Princess" back in the day.

The show looks like some goofy, gory fun and is sure to make fans of the cult favorite very, very happy when it premieres on Halloween.

8.) The "Game of Thrones" Audition Reel Is Everything

While HBO didn't have any new footage to roll out for their big Hall H panel for "Game of Thrones," some of the cast members did reveal video from their auditions.

Gwendoline Christie, Nathalie Emmanuel, Pedro Pascal and more pop up in the video, giving us some insight into what casting directors saw when they decided to cast these stars in their famous roles.

Seeing Carice van Houten mess up some Melisandre mumbo-jubdo or hearing Rose Leslie utter the phrase "You know nothing, Jon Snow" during their auditions had us giddy inside. 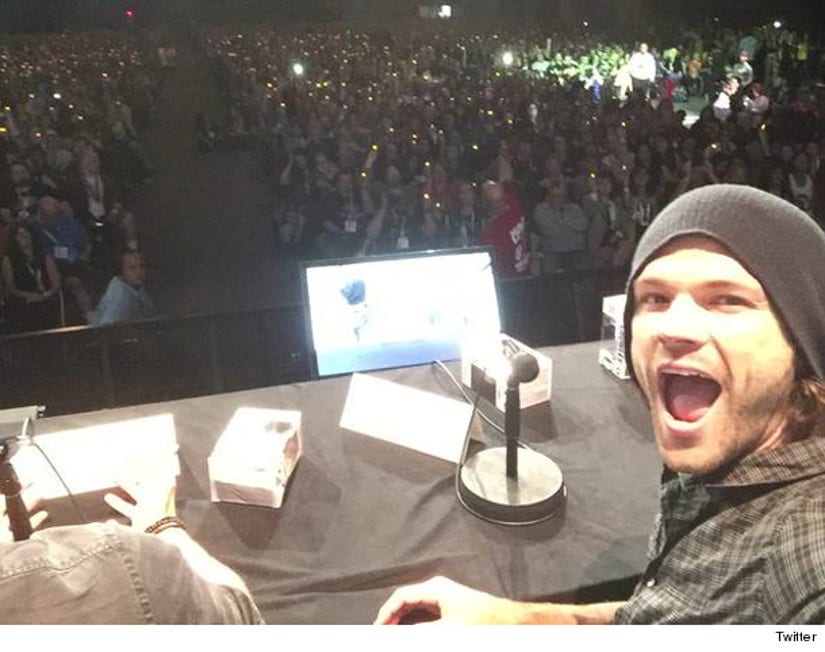 "Supernatural" star Jared Padalecki has been very open about his battle with depression, starting his own "Always Keep Fighting" campaign to help others. And when the show's panel came to a close, fans held up candles in support of the cause.

According to E!, a note was handed out with the candles saying, "Everyone is given a candle that burns just for them. When your flame flickers and you fear it will go out, know not seven the strongest wind lasts forever; and there are other lights to guide you even in the Darkness…And when your candle burns bright, you can ignite the hearts of others and hope will spread like wildfire…Always Keep Fighting, and you'll never fight alone."

"It took everything in my power not to cry," he told E! after the panel, wiping away tears as he talked about the show's fan support.

While many fans of the original series were very disappointed after Season 1, the new "Heroes: Reborn" trailer looks very promising.

With a mix of familiar faces (Micah, Hiro with a Samurai sword!) and new blood (Hello, Ryan Guzman), the "enhanced humans" are on the run from some bloodthirsty hunters.

"These powers, they're not natural, they're not safe. They cannot be trusted. As far as I can see it, there's only one solution to that," Zachary Levi's villainous character says before whipping out a pistol and blowing away an entire support group of supers.

See more Comic-Con sightings in the galleries above -- did you have a favorite moment from this year's convention? Sound off below.