In a sneak peek from Tuesday night's episode of the "Real Housewives of New York City," we're getting to see Countess Luann de Lesseps' now-infamous hungover "be cool" moment in all of its reality TV glory.

While we got our first look of what went down during the ladies' Turks and Caicos trip in the super tease earlier this year, we're finally seeing what really happened the morning after Luann and costar Ramona Singer brought back some men to the ladies' vacation abode.

Check out the video above to see Luann's hilarious "be cool" moment after her costars were less than pleased to wake up to random men in their house.

In the clip, most of the women look visibly hungover and are hanging out in the kitchen when Heather Thompson addresses Luann's wild behavior, saying the strange encounter "scared" her.

"It scared me, Luann!" Heather says to the Countess. "There was a stranger naked in a bed. Would you be upset if you woke up like that and there was a strange person sleeping in the room next to you?"

"Not really," Luann quips. "What are you freaking out about?" she continues. "Be cool. Don't be, like, uncool. That's not the Heather I know. You're usually really cool."

"What are they on a manhunt? And so what if I had a man in my room? I'm a grown woman I can decide to do what I want with myself," Luann likewise says during a confessional.

Clearly, the entire experience really irked the "Housewives" star ... because she also recorded a new song about the moment, "Girl Code: Don't Be So Uncool."

Whose side are you on, Luann or Heather's? Sound off below and check out the gallery to see more of your favorite "Housewives" stars before the fame! 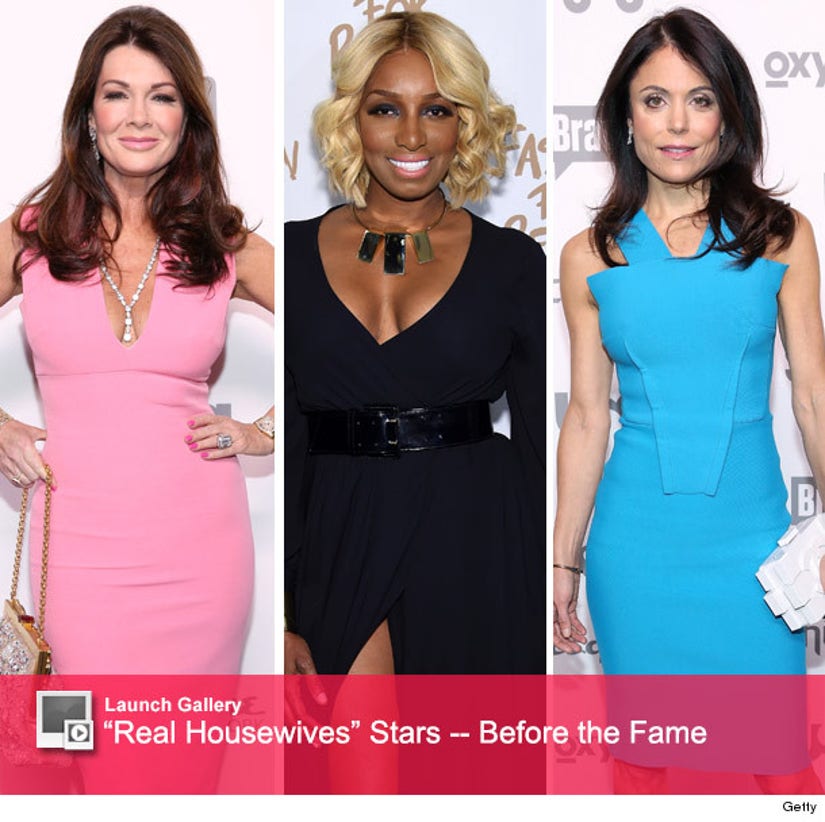