Taryn Manning is nearly unrecognizable in her role as Tiffany "Pennsatucky" Doggett on Netflix's original series, "Orange is the New Black."

Despite the vast differences between her character and her real-life persona, she often has to remind fans that she's not actually anything like the addict-turned-radical faux disciple of Christ.

"Sometimes people think we are the roles that we play," she told toofab while hosting CraveOnline's Crave Escape event at Comic-Con on Friday. "I want to make sure people know it's a craft. There's an art to it. I'm trained."

"That's just a character," she continued. "I'm not racist, I'm not prejudiced, I'm not anti-gay -- I'm just playing this role." 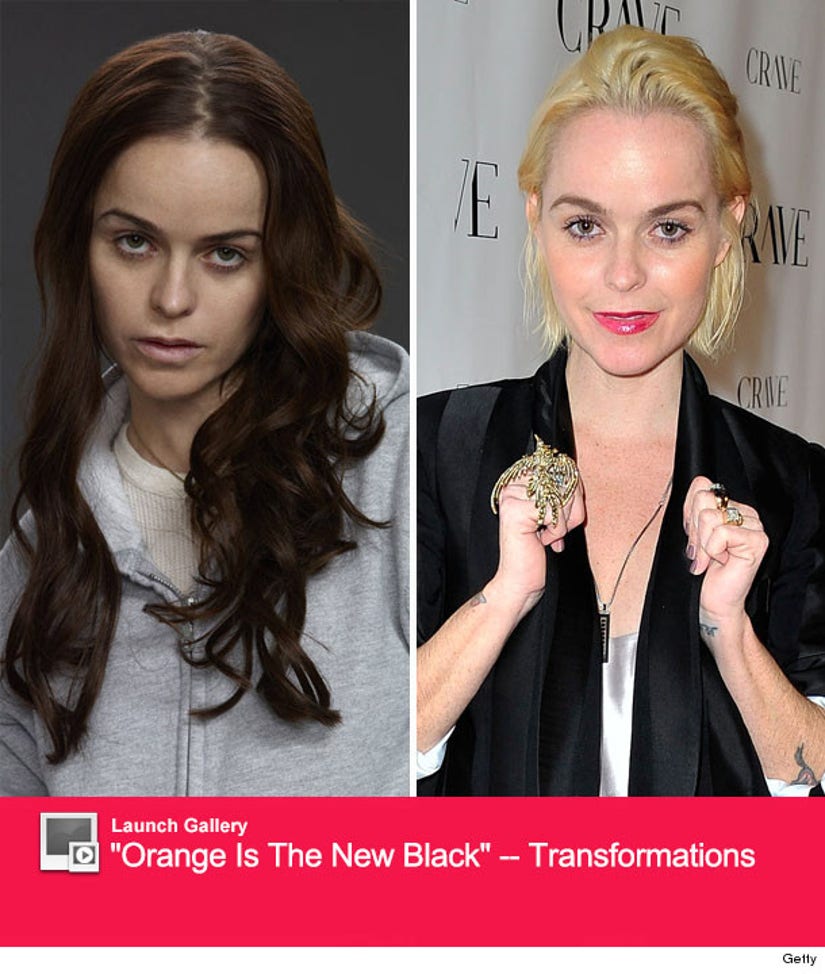 In season three, fans saw a dramatic shift in Pennsatucky's character and we learned more about her tragic backstory.

We saw Doggett get raped by two different men, once in a flashback, and again in the present day by ice cream-loving corrections officer Charlie Coates.

The sexual assaults were given even more context when we learned about Tiffany's mother, who told her 10-year-old daughter that getting her period meant men would be sniffing her out for sex -- and it was her job to just grin and bear it.

Despite her rough past, Taryn's character has grown into a much more sympathetic woman. "She did have quite a season," she told us. "She's gone through a journey, and she's changed a lot."

Check out the clip to hear more about Manning's character and find out which backstories she loved to watch on season 3 of 'OITNB'!