Lex Luthor had never been to Comic-Con before this year.

That's right, Michael Rosenbaum -- who played the Superman villain on "Smallville" from 2001-2011 -- made his first appearance at the geek convention in 2015, almost 15 years after the teen drama premiered on The WB.

"Lex Loser," the actor joked when toofab's Brian Particelli caught up with him and costar Sara Rue in San Diego over the weekend, where the two were promoting their new TV Land comedy "Impastor."

And with Jesse Eisenberg stepping into Luthor's shoes for the highly-anticipated "Batman v. Superman: Dawn of Justice," we had to ask -- is Michael excited to see a new take on his former role?

"I'll always check things out," he said, excitedly. "I don't hold grudges like 'Oh, it isn't me!' Eisenberg will be great. Why's it always the Jews with Lex Luthor? Rosenbaum, Eisenberg, what's going on here?!" 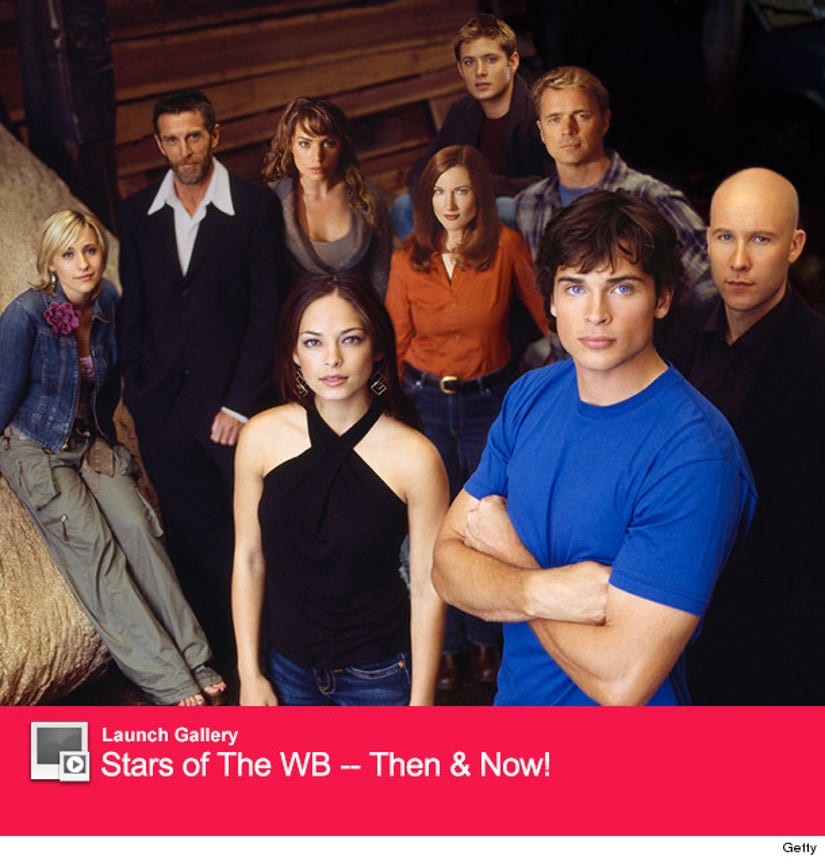 While Lex may be the role most of us think of when we see Michael, he actually gets stopped in public a lot for his work in another project.

"Believe it or not, [I get recognized for] a movie that nobody saw but became a cult. 'Sorority Boys,'" he says, referring to the 2002 film that found him posing as a woman to infiltrate a sorority house. "I loved being in drag for three months!"

For Rue, most people associate her with her the ABC sitcom "Less Than Perfect" -- and her small, but memorable, role in "Can't Hardly Wait"

"I never knew screaming 'Baa' at somebody 20 years ago would still be coming back," she says. Re-live the moment below:

"Impastor" finds Rosenbaum hiding from a gambling debt by posing as a pastor in a small town.

The series re-teams Michael with Sara 15 years after the two first shared the screen together on the short-lived WB series "Zoe, Duncan, Jack and Jane."

"I've tried to avoid Michael for the past 15 years, but the script was so good and he was already in it," Rue tells toofab. "Every year on my birthday I would say, gosh, let me work with Sara Rue again," he adds.