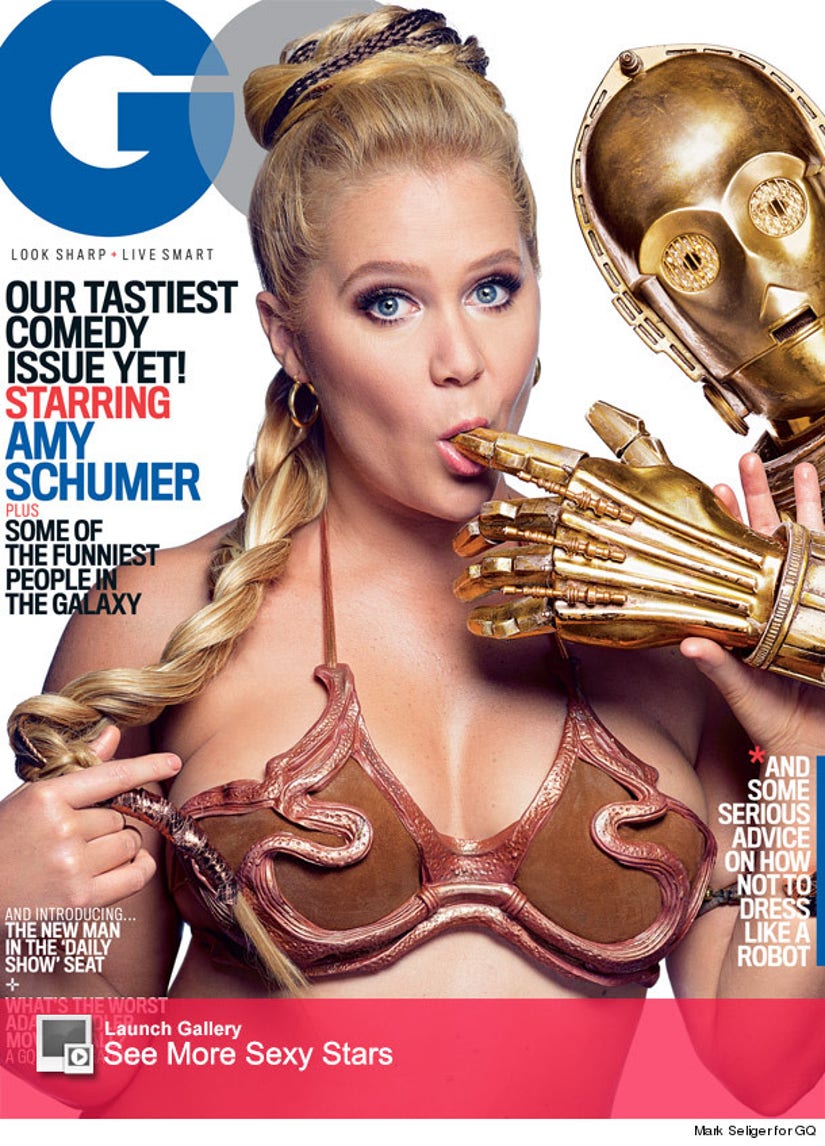 Amy Schumer is the funniest woman in the galaxy!

The comedienne channels Princess Leia on the cover of GQ's comedy issue, where she seductively sucks C-3PO's finger.

In the racy snap caught by photographer Mark Seliger, the 34-year-old dons the famous character's slave costume from "Star Wars Episode VI: Return Of The Jedi."

While the "Trainwreck" star's interview with the mag won't be released until Monday, she did dish about her upcoming flick in a recent press conference for the movie.

The funny lady writes and stars in the hilarious tale about a commitment-phobe named Amy, who lives her life uninhibited until she meets a good guy. And while the story was loosely based on her own life, she says it wasn't an easy one to write.

"It was difficult. Judd (Apatow) really encouraged me to kind of look at myself and ask myself these questions of, 'What's going on with you?'" she revealed. 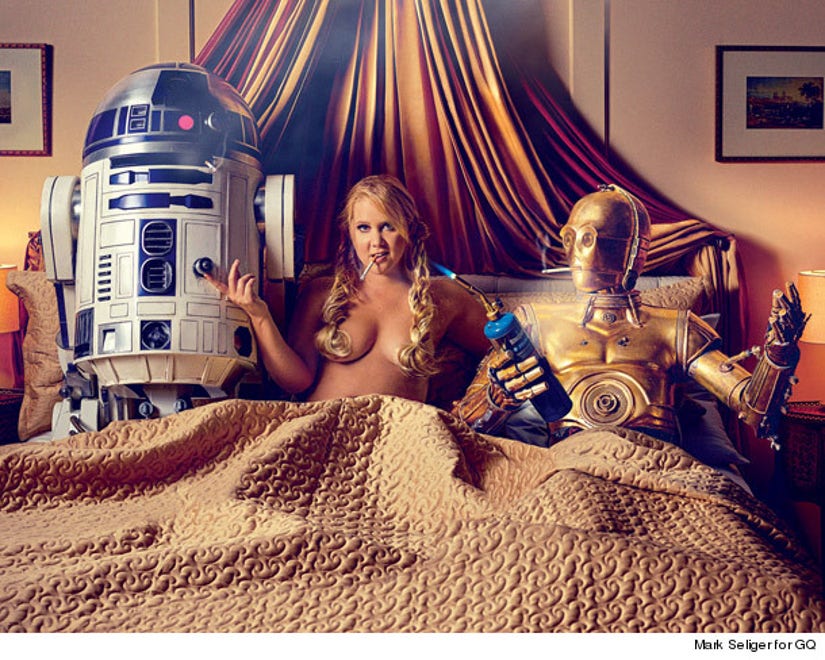 "He really made me realize that I was broken, and it was difficult though sitting there and really digging these things that I didn't even know that I thought, but I'm really glad I did."

While many have asked the "Inside Amy Shcumer" star if she intended to reverse the gender roles with her film, she is adamant that it's authentic to who she really is.

"A lot of people have asked me if i intended to kind of flip the gender roles and like I'm playing the guy, but that's not been my experience at all. This is how I am and how a lot of girls I know are," she said with a laugh. "The guy winds up being a little more sensitive and a little more invested maybe."

What do you think of Amy's sexy, Star Wars spread? Sound off below and be sure to catch "Trainwreck" when it hits theaters Friday July 17th!