Fans are learning even more about Caitlyn Jenner in the new promo for her upcoming E! docuseries, "I Am Cait."

In the quick clip, the "Keeping Up With the Kardashians" star is seen meeting with teachers as part of her efforts to help transgender youth, spending some quality time with her mother, Esther Jenner, and yes, even playing tennis.

"Now I know why girls need a sports bra!" she yells as she shows off her slim silhouette in a short tennis skirt and matching white top.

The 65-year-old also is surprised to be "the new authority on hair and makeup" in the family.

"I knew that my transition would get some response, but I certainly never expected all of this," she wrote in the post on WhoSay ﻿this week. "It's honestly been incredibly positive." 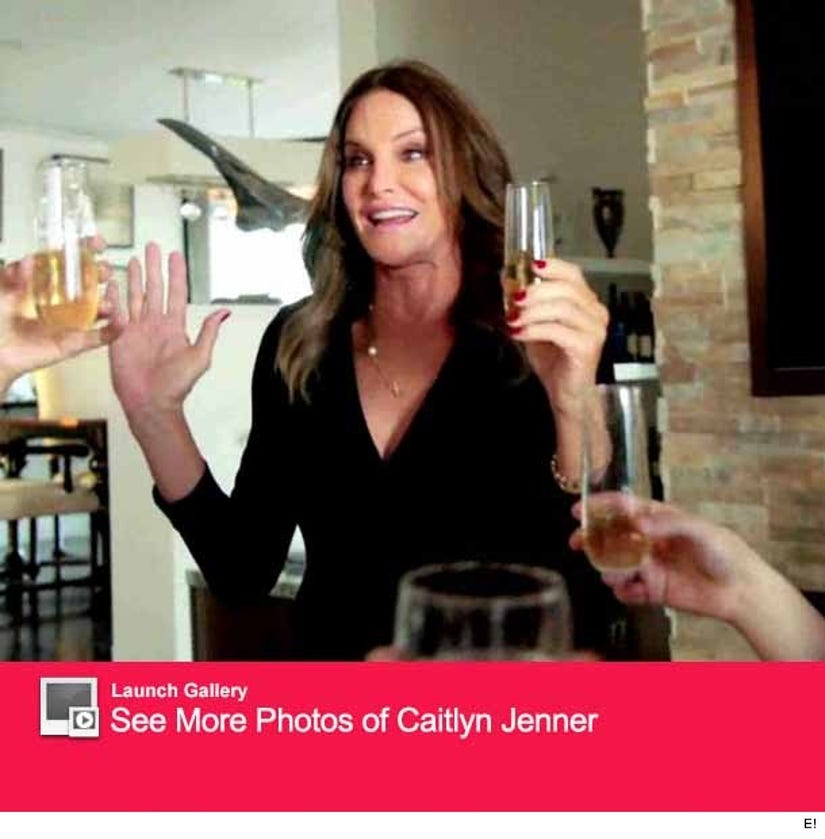 Jenner is set to receive the Arthur Ashe Courage Award at the 2015 ESPY Awards, which take place tonight in Los Angeles.

Despite receiving some criticism, ESPYs producers are standing by the decision to honor Caitlyn.

"I think Caitlyn's decision to publicly come out as a transgender woman and live as Caitlyn Jenner displayed enormous courage and self-acceptance," producer Maura Mandt told Sports Illustrated this week. "Bruce Jenner could have easily gone off into the sunset as this American hero and never have dealt with this publicly. Doing so took enormous courage."

Check back with toofab for coverage of the ESPY Awards, and don't miss the premiere of "I Am Cait" on July 26 at 8 p.m. on E!